Let us reason together to defeat the pandemic 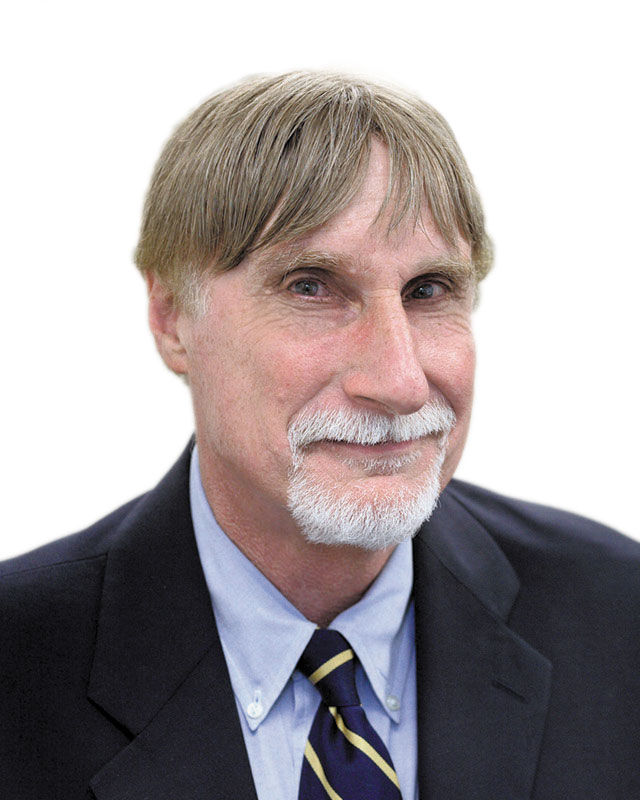 The nation is struggling with having to choose between bad options.

I exchange emails with a group of childhood friends from Baltimore who are very liberal Democrats and share a hatred of President Donald Trump that goes beyond Trump Derangement Syndrome. They enjoy poking fun at me for my conservative views and what they see as my defense of Trump.

I keep telling them that I do not really defend Donald Trump, I don’t really like him, and I repeatedly have called him unpresidential and reckless given his confrontational nature, absurd tweets and many flawed personal qualities. I recently added that I was willing to call Trump odious, borrowing the term from some conservative friends of mine in St. Louis who I chat with every Saturday morning.

But I had to explain to my Baltimore friends that, even though my St. Louis group might find Trump odious, we find the current state of liberalism and the Democratic Party even more odious in many respects.

Unquestionably, the Democratic leadership and its base have moved further and further left, pushing quixotic policies such as welfare checks for undocumented immigrants and free college tuition for all, engaging 24/7 in identity politics that stereotypes whites as “privileged” and men as “toxic,” demonizing the police based on anecdotal evidence rather than hard data, remaining silent over the destruction of cities and vandalism of statues (including George Washington and U.S. Grant), allowing political correctness to stifle free speech and diverse perspectives, and taking other radical positions that threaten to undermine the core values of the country.

Racism is a serious concern, but more complicated than the media suggest. Democrats claim “Black Lives Matter” but rarely march against the waves of Black on Black homicides in Chicago and elsewhere. Most big American cities that are accused of systemic racism are run by Democrats, many of whom are Black. I would not call Joe Biden a racist just because he gave the eulogy at the funeral of Sen. Robert Byrd, a former Exalted Cyclops of the Ku Klux Klan, yet Republicans are called that for far less.

One might have hoped that the coronavirus pandemic would have reduced polarization and brought us together, but it, too, has become highly politicized.

The fundamental divide is between those who wish to err on the side of caution, keeping the lockdown in place as a protection against the spread of the virus even if it results in further collapse of the economy, and those who feel we should open up and try to return to normal as soon as possible.

I am most persuaded by those who say we must follow what the science tells us. The problem is that the science surrounding COVID-19 is very uncertain, as are the policy implications that flow from the science. We could all stand a little humility in trying to understand this phenomenon.

Numerous scientists from reputable institutions, led by Johns Hopkins University, of course, have sounded the alarm about the lethality of the virus and the need to continue to shelter in place, wear masks, do social distancing and remain vigilant. However, other respected scientists and experts, such as Dr. Scott Atlas, former chief of neuroradiology at Stanford University Medical Center and now the Robert Wesson Senior Fellow at the university’s Hoover Institution, have said that the vast majority of Americans under 60 who have been infected with the virus have recovered and that most deaths are in patients over 75, particularly those in nursing homes. This suggests that the great damage done to our economy through the lockdown has been an unjustified overreaction.

It is a tossup who distorts the data more, Fox News or CNN and The New York Times, each of which filters the news through the lens of its ideological agenda.

For example, the liberal media have promoted the narrative that the Trump administration failed to heed early warnings about the arrival of the virus and has performed poorly, resulting in over 130,000 American deaths. Yet many reputable public health experts tended to dismiss early warnings, including those in the World Health Organization, the Centers for Disease Control, and even the likes of Dr. Anthony Fauci, the famed epidemiologist who remains on Trump’s coronavirus task force. Moreover, the same Democrats who have criticized Trump for acting late opposed his early action in January to ban air travel from China, calling him racist for doing so.

The same liberal media that raised alarm bells about allowing businesses to reopen, church and synagogue congregations to meet, and Trump political rallies to be held were largely silent about the potential dangers posed by lack of social distancing among mass protestors across America following the murder of George Floyd. The same NYC Mayor Bill De Blasio who excoriated a couple hundred Hasidic Jews  for attending a rabbi’s funeral in Brooklyn in April saw no problem with thousands gathering for a memorial service for Floyd at which he spoke in June.

The liberal media tend to be more critical of Republican governors than Democrat governors in the handling of the COVID crisis. For example, CNN tended to be deferential to Gov. Andrew Cuomo of New York even if New York was the epicenter of the pandemic in the United States and Cuomo made serious errors regarding nursing homes, while the station trashed Gov. Ron DeSantis of Florida for opening up his state early and was quick to report a spike in cases in the sunshine state in June even if deaths did not noticeably increase.

Nobody knows with any certainty where exactly this crisis is headed. We do not know whether we will see a second wave in the fall or not. For now, the best path to follow is to continue to open the economy steadily but cautiously, relying on the best data available to guide us as to where we can safely eliminate restrictions (if no spikes have materialized) and where we may have to restore restrictions (if spikes have occurred).

The question is whether our political system, including our media and scientific community, along with the general public, can summon the integrity, moderation and civility to meet the challenge of addressing a complex public health crisis.