Lack of action on gun violence hurts the most vulnerable 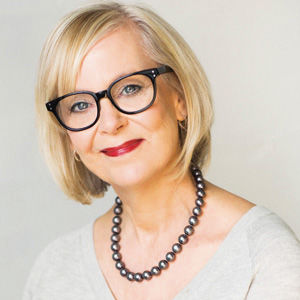 The astronomical number of people harmed by guns last year — children, domestic violence and suicide victims — had me expecting that someone in charge might want to “do something” about it.

In a six month span last year, more than nine innocent children in St. Louis were caught in crossfires and killed. Kansas City recorded 25 child gun violence victims last year by October. Suicide by firearm has risen rapidly in rural counties, with fatalities at least 25 percent higher than in metropolitan areas, according to JAMA Network Open, a medical journal published by the American Medical Association.

For years, Missouri has been ranked as one of the worst states in the country for gun violence even as the Legislature, heavily under the influence of the gun lobby, continued to loosen gun laws.

I wasn’t the only one gravely concerned. Mayors in our hardest hit communities of St. Louis, Kansas City, Columbia and Springfield reached out in desperation last fall to Gov. Mike Parson. Faith and community leaders, including myself, pleaded publicly for the governor to “do something.” Finally, the governor agreed to meet and discuss potential solutions. I remained cautiously optimistic, as did editorial boards throughout the state.

After a fourth meeting with the mayors, Parson proposed a three-point statewide plan at a November joint public appearance. The plan included keeping firearms from children, domestic abusers and violent offenders. Hopes were elevated. The governor appeared to be earnest in demanding that his party, which is in control in Jefferson City, follow his lead.

He was so earnest he invited the four mayors, along with their police chiefs, to be special guests at the traditional State of the State address Jan. 15, acknowledging them before the General Assembly. When Parson mentioned firearms in his speech, he emphasized he was a gun rights supporter, as his long voting record in the state House and Senate reflects.

What happened to the earnest appeal to legislators to join him and the mayors in passing agreed solutions to save vulnerable lives? It had suddenly evaporated. As if all the statewide meetings, talks and pleas for months were merely a mirage, Parson blatantly negated his earlier promises to the mayors.

During his speech, he focused on his lifetime membership to the NRA and his unwavering support for the Second Amendment (which, according to the Supreme Court, does allow firearm restrictions). Nowhere in his policy speech did the governor mention his earlier support for restrictions for those who should not have firearm access. It was as if the earlier meetings and the November press event had never happened.

I had been paying close attention for months as the mayors expressed their frustration at their inability to implement recommended policies at the local level due to state preemption laws. I’ve held my breath, willing to give Parson the benefit of the doubt, hoping he would step up to save lives.

But now I’m not the only one who is angry that Parson hung the mayors out to dry. Last month, the Kansas City Star Editorial Board asked: “What’s respectful about pretending to agree and then pretending you never did any such thing?”

I know the Missouri’s Legislature’s line on gun violence well after I introduced common sense gun bills for nine straight years as a state representative, none which advanced. I know very well the gun stance and voting record of each of the supermajority party in the Capitol. I had wondered how Parson was going to persuade the gun lobby to back proposals that he had promised the mayors, but sometimes pigs do fly.

Jackson County Prosecutor Jean Peters Baker, arriving on the scene quickly, said there was almost nothing law enforcement could have done to prevent the mass shooting.

Even though the gunman had previous weapons convictions, his prior gun charges became void after the Legislature in 2016 loosened Missouri’s concealed weapon law, removing licensing requirements. If the law had been left alone, Peters Baker believes the shooter would have served jail time and been prohibited from owning a firearm, preventing the nightclub tragedy.

Parson, then a state senator, voted yes on SB656, the 2016 concealed gun bill that was opposed by Missouri police chiefs.

Yes, the very same governor who led our mayors and Missourians down the yellow brick road towards a new hope and then did absolutely nothing.

Stacey Newman is founder and director of ProgressWomen, a social justice organization that since 2011 has focused on reproductive rights, gun violence and justice issues. From 2009 to Jan. 9, 2019, Newman was Missouri state representative of the 87th District, which includes Clayton and parts of Brentwood, Ladue, Richmond Heights and University City.