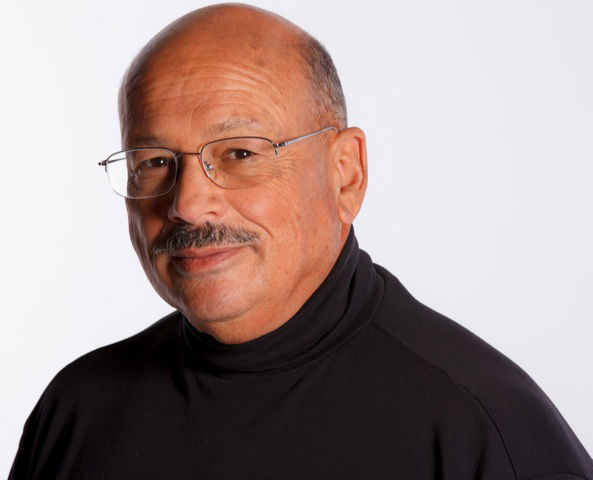 A few years ago, I was on vacation in California, about to play golf on a highly recommended course. As a single golfer, I was assigned to play with three women from Minnesota.

During the course of introductions, I was asked: “What do you do in St. Louis?” When I told them I was a rabbi, big smiles appeared on their faces. They stepped a few feet away and held a conference as we waited to tee off. When the miniconference concluded, the one chosen spokesperson jumped right into the role.

“We are all practicing Lutherans,” she said. “We could not find a Lutheran Church nearby to attend yesterday, so we settled for that beautiful Catholic Church in La Quinta. The priest’s sermon was so liberal and leftist and straight from the Democrat handbook that we were in shock. The thing we want to know is, do you, as a rabbi, think God is a Democrat?”

Without missing a beat, I responded. “Absolutely, God is indeed a Democrat!”

It turned out to be an interesting round of golf. We spent four hours measuring party policies against religious values. For my Lutheran golf partners, God is a card-carrying member of the GOP. For me, God’s political expectations of us are based on “Jewish values.”

Who decides which values

There is no pope in Judaism. There is no universally recognized teaching authority among Jews that can declare a value authentically Jewish. For example, you might ask: “What is the Jewish view on birth control?” You may not proceed until you have decided which Jewish system you wish to hear from. Do you want the answer of Rabbinic Judaism? Reform? Conservative? Reconstructionist Judaism? Without a recognized and accepted central teaching authority, is it possible to identify authentic Jewish values? I believe we can.

Where do we go to identify Jewish values?

We go to the Tanakh, the Talmud, the Midrash, the Siddur and the Haggadah, rabbinic commentaries and the writings of Jewish philosophers. In short, Jewishvalues are derived from Jewish texts. From these texts emerged values embraced by Jews and incorporated into their religious identity.

From its wine-stained pages and matzah crumb-filled bindings, the Passover Haggadah, brings the narrative that defines us as a people and a religious community. It is a wellspring of Jewish values. At its core, it demands empathy of Israel. Empathy is the experience of understanding another person’s thoughts, feelings  and condition from their point of view, rather than from your own.

Empathy is a foundational Jewish value.

“You shall not wrong an alien or oppress him, for you were aliens in the land of Egypt.” (Exodus 22:20)

As a Jewish value, empathy must have an additional component. It must move us to remediate the ills of our society. As the middle matzah is broken, a declara tion is recited: “This is the bread of affliction, the poor bread which our ancestors ate in the land of Egypt. Let all who are hungry come and eat. Let all who are in want share the hope of Passover.” Not only are we called to feel the pain of the hungry, we are called to alleviate hunger itself.

Powerlessness is another focus of Jewish empathy. From the Torah, four categories of society were devoid of power and dependent on the kindness of others: widows, orphans, strangers and the poor. God will judge Israel, based on the Israelites’ treatment of the powerless.

“Do not oppress the widow or the orphan, the alien or the poor. Furthermore, do not let any of you devise evil against one another in your heart.” (Zechariah 7:10)

The Trump administration, in the light of empathy.

Tariffs, which raise prices on wheat and dairy products, do great damage to the poor. No empathy there.

The Department of Education’ s failure to hold accountable corporations that thrive illegally on student loan debt is a bankrupt policy. Students enrolled in for-profit schools to improve their economic future, only to find themselves drowning in debt. No empathy there, either.

Is it really necessary to detail the immigration policies of President Donald Trump’s administration to catalog the egregious lack of empathy for the aliens in our midst? No empathy there.

Long-term illness is a major source of impoverishment. Savings and investments can be wiped out in a few months or even weeks. Affordable and universal health care has been decimated by the Trump administration. It is under daily attack. No empathy there.

The domestic policies of the Trump administration are devoid of empathy. But lack of empathy did not begin with this presidency. It was just raised to a new level. The president and his political base believe that empathy is a weakness. Showing empathy is for wimps.

This administration has but one concern: to make life easier and more profitable for the powerful.

Power is a pagan value. This administration is basically pagan.

Rabbi Mark L. Shook is rabbi emeritus of Congregation Temple Israel in Creve Coeur. He is the author of “The Ezra Scroll,” a work of historical fiction.  A police chaplain for 45 years, he is chaplain coordinator for the St. Louis County Police Department, and chaplain for the Creve Coeur police and the St. Louis office of the FBI.