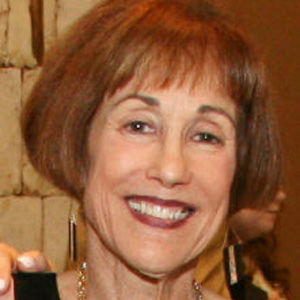 In 2013, a NBC News report on the payday loan industry included the story of Raymond, a Boise, Idaho resident, who depended on Social Security benefits to make ends meet. When his car broke down, Raymond turned to an Internet payday lender for a 14-day loan for the $400 repair bill. After two weeks he was not able to repay the loan, and he renewed it several times and turned to other online payday lenders as well. After a few months, the payday lenders, who had direct access to Raymond’s checking account as part of the loan agreements, took all of his Social Security payment and he was kicked out of his apartment. He had borrowed nearly $3,000 and with interest he now owed $12,000.

Raymond’s story shows how the cycle of ever-mounting payday loan debt can begin.

Based on findings in the Ferguson Commission report, which addressed predatory lending practices, and the needs in our community, Jews United for Justice (JUJ) has formed the Opportunity to Thrive Task Force to focus on alternatives to payday lending and is working with the Jewish Community Relations Council on the issue.

Why is this a Jewish issue?

The Jewish people consistently have advocated for justice and fairness for all and, in particular, for the most vulnerable among us. Payday loans and other similar high-rate small loans adversely affect the financially challenged, from the most impoverished to the “working poor.”

The Torah addresses loans and interest directly. Leviticus encourages loans that enable the poor to regain their independence. The Torah also forbids the charging of interest against fellow Jews in Exodus 22:25-27, Leviticus 25:36-37 and Deuteronomy 23:20-21.

A primer on payday loans

A payday loan is usually a short-term, high-cost loan, generally for $500 or less, which is typically due the next payday. Depending on the state, such loans are available through storefront lenders or online. Many states set a limit on the amount of these loans.

A payday loan is intended to be repaidin a single payment typically two to four weeks from the date the loan was made.

To repay the loan, the borrower typically writes a post-dated check for the full balance, including interest and fees, or provides the lender with authorization to electronically debit the money. If the loan isn’t repaid on or before the due date, the lender can cash the check or electronically withdraw money. If there are insufficient funds, the borrower may face overdraft fees from the bank as well as fees and increased interest rates from the payday lender.

Payday lenders typically do not consider whether or not a borrower has the ability to repay the loan while meeting other financial obligations.

• Many state laws set a maximum amount for payday loan fees ranging from $10 to $30 for every $100 borrowed. A typical two-week payday loan with a fee of $15 per $100 borrowed  equates to an annual percentage rate (APR) of almost 400 percent. By comparison, APRs on credit cards can range from about 12 percent to about 30 percent. Missouri does not have a cap, and it allows payday lenders to charge some of the highest interest rates and fees in the country.

So, why are payday loans so popular? People who take out payday loans usually have no other source of cash or are intimidated by the traditional banking system.

• Bank or Credit Union: US Bank offers a “Simple Loan” up to $1,000. An individual must have a checking account for a minimum of six months (in “good standing”) and a Social Security number. It is repaid in three monthly installments. Fees range from $12-$15 per $100 borrowed, and the interest rate is approximately 70 percent.

First Community Credit Union offers a “Vacation Loan” of up to  $2,000 with 12 months to pay. An individual must have an account and undergo a credit check. The interest rate starts at 8 percent.

• Employee-based: Three executives from TurboTax identified a need for employees to have access to a source of funds in emergencies at a dramatically lower interest rate than payday loans. The program, TrueConnect, is an employee benefit, with loans from $1,000 $3,000 offered at 24.9 percent interest. Employees apply for the loan online, and credit scores are not used to determine eligibility. Loans are secured and repaid through automatic payroll deduction over the course of 12 months, and employees are encouraged to attend six free credit-counseling sessions. Loan amounts are limited to 8 percent of gross pay. There is no cost to the employer for the program and minimal administrative burden.

• Payactiv: Lenders such as Payactiv contract with employers to allow employees to borrow against dollars the employee has already earned but has not yet received. So if staffers need money for a car repair or a trip to visit a sick relative, they taps a few buttons  and the money gets zapped to their checking accounts or to a prepaid card. The fee is $5. (Some employers pay the fee or a portion of it.)

• RedDough Money Center: RedDough Money Center is owned and operated by Prosperity Connection, a nonprofit focused on making it possible for individuals to earn economic independence. RedDough’s Helping Hand Loan provides an installment loan for up to $1,000, with a 120 percent APR and up to a year to pay back to the loan, depending on the amount borrowed. Red Dough’s APR is capped at a third less than the average payday loan offered in Missouri. The combination of a lower rate, longer term and smaller payment reduces the need for countless rollovers, which is the primary reason payday loans have become so predatory in nature.

• Healing Hearts Bank, a program of the National Council of Jewish Women-St. Louis: Healing Hearts Bank provides microloans to underserved women and families. These loans of $500 or less at an interest rate of 5 percent for 12 months are available only to individuals who receive service or attend programs at an array of nonprofit agenciesfrom which they receive services. Loans may be used for items such education, transportation, legal services, entrepreneurial endeavors and building credit scores.

JUJ and the JCRC encourage the Jewish community to become aware of the payday loan problem and help take action for the sake of Missouri, St. Louis, Ferguson and all underprivileged everywhere.

Marilyn Ratkin is a member of the Task Force Against Payday Lending and Jews United for Justice. She is a past chair of the National Council of Jewish Women’s Healing Hearts Bank,  where she serves as liaison for Kingdom House Agency Branch. Other contributors include Susan Roth, chairperson of Task Force Against Payday Lending, and Arlene Rubin Stiffman, chair of the JCRC Policy Committee. For more information, please contact Susan Roth at [email protected]