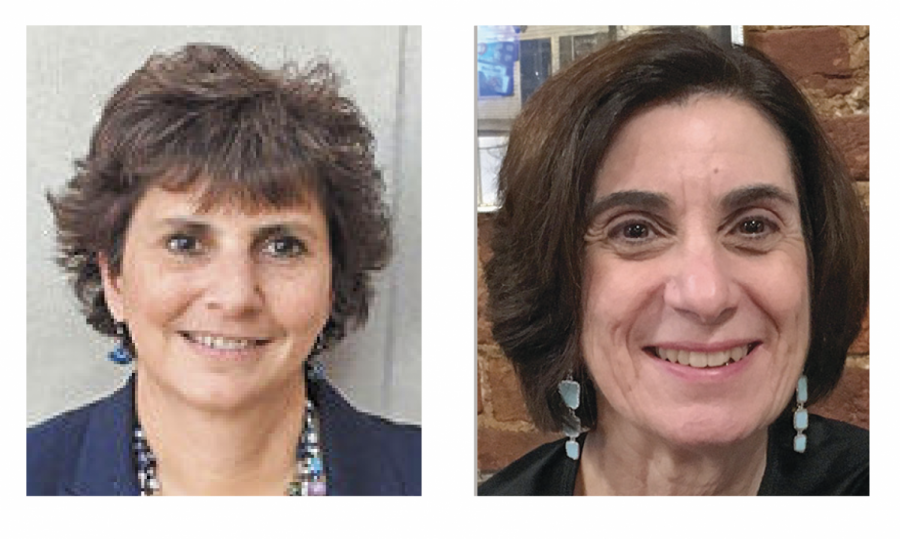 Cheryl Adelstein is the Deputy Director of the Jewish Community Relations Council. Nancy Solomon Desloge is Co-Chair of the Policy and Advocacy Committee of the Jewish Coalition on Racial Equity.

The Torah portion Shoftim contains a series of laws directing the nascent Israelite community on how to establish a just society. Their guiding principle is found at the beginning of the portion in Deuteronomy 16:18-20: “You shall not judge unfairly: you shall show no partiality; you shall not take bribes, for bribes blind the eye of the discerning and upset the plea of the just. Justice, justice, shall you pursue, that you may thrive and occupy the land that the Lord your God is giving you.”

It is this powerful teaching that drives the Jewish Community Relations Council to oppose Amendment 3 on the November ballot. We strongly encourage our community to vote no on 3.

Very simply, Amendment 3 does not pursue justice. In fact, it does quite the opposite.

First, Amendment 3 overturns the will of the people.  In August 2018, Missouri voters passed a constitutional amendment, referred to as “Clean Missouri.”  It changed the process used to draw legislative districts from one controlled by state political parties to a fair and impartial determination by a non-partisan state demographer. It also addressed campaign finance and lobbying policies related to state legislators and legislative employees.

Sadly, with the results of the 2020 Census pending, the Missouri General Assembly has offered a  constitutional amendment that will change or reverse many of the provisions that were adopted by 62% of the Missouri voters.  This amendment attempts to overrule the majority of Missouri voters. That defies pursuing justice.

Second, Amendment 3 opens the door to changing who will be counted when legislative districts are drawn. If it succeeds, the effects on the state, and on Black, Latino and Asian communities in particular, would be profound.

As bound by the U.S. Constitution, every 10 years, political districts are redrawn to ensure that they are roughly equal in population. Currently, all 50 states use total population when doing this, which ensures that everyone is considered when drawing district boundaries. Amendment 3 would redefine who is included by allowing map drawers to count only the number of U.S. citizens over the age of 18 when sizing districts, effectively cutting out children and noncitizens from representation.

Consequently, Missourians who live in communities with many children or noncitizens would get less representation than others. In turn, those communities would also receive less state funding. That is not only equitable, but severely unjust.

Not including children from population data paves the way for those elected to office to neglect the needs of children, especially children in communities of color, the rising population in our state and an already marginalized group.

According to a study conducted by the nonpartisan Brennan Center for Justice:

More than a quarter of all Missourians would be left uncounted. Among the uncounted, more than 90% would be citizen children.

The two large metropolitan areas in Missouri — greater Kansas City and the St. Louis suburbs — would be hit especially hard, losing the most representation.

Three of the four majority-Black senate districts in Missouri would be dramatically impacted, making it harder for communities of color to maintain their current level of political influence.

Third, the details of the proposal limit the legal remedies of Missourians to challenge their rights to representation.  It creates an onerous process that limits both who has standing to file a lawsuit challenging the maps and a judge’s ability to correct boundaries. This is not how you pursue justice.

And finally, the language of the proposal is intentionally deceptive. On the surface, it appears to be ethics reform. But that is not the true intent of the proposal, which is to change the redistricting process. At the top of the proposal, the amendment bans gifts from paid lobbyists to legislators and their employees. This tokenism actually only changes the gift limit from $5 to $0.  And it also reduces legislative campaign contribution limits, but only by $100.

If this proposal is accepted, Missouri will potentially be the most gerrymandered state in the United States.  Gerrymandering manipulates the boundaries of legislative districts to favor one party or class, and we would be forced to live with its consequences – unbalanced representation and unjust allocation of resources over the next 10 years.

Former Senator and U.N. Ambassador Jack Danforth encouraged every Missouri voter to join him in voting no on Amendment 3. He called Amendment 3 a “redistricting scheme more extreme than Missouri has ever seen,” noting “the integrity of Missouri’s democracy is at stake.”

The choice could not be clearer. Our faith obligates us to pursue justice. That is why the St. Louis JCRC encourages our community to stand with a bi-partisan coalition made up of nearly 100 organizations from across the state by voting no on Amendment 3.