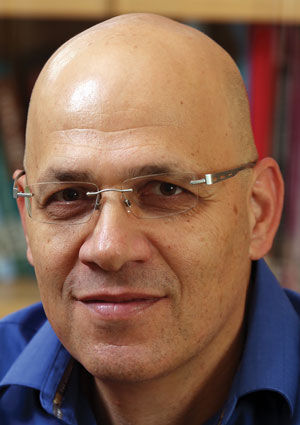 Eli Bahar is the co-director of the Arab-Jewish Relations Program at the Israel Democracy Institute. His commentary was distributed by JTA.

JERUSALEM — Few stories illustrate the unfeeling and aggressive attitude of the Israeli government toward the Arab-Bedouin population of the Negev as well as the case of Atir-Umm al-Hiran.

The residents of this unrecognized Bedouin village in southern Israel were transferred there from their original homes, on the lands of Kibbutz Shoval, by direct order of the military governor of the Negev in 1956. For the past 60 years, they have lived in a sort of legal limbo: their rights to the land have never been recognized, they have no school and no access to state or municipal services.

The roughly 1,000 Bedouin in Atir-Umm al-Hiran have watched longingly as new Jewish arrivals in the area were quickly connected to the power grid while they continue to live without electricity and running water.

Now the state is threatening to uproot them again, demolishing their homes to make room for a new Jewish town on the lands where the residents of Umm al-Hiran are now living. A group of Orthodox Jews designated to make their homes in the town already are living in nearby caravans. And yes, they have water and electricity.

The Bedouin appealed to the Supreme Court, which denied their petition in May. A final appeal was rejected in January, clearing the final obstacle to their removal.

But it is not too late to do right by the residents of Umm al-Hiran. The Israel Democracy Institute and the Abraham Foundation have spearheaded an initiative to arrive at a fairer solution through direct negotiations with the Bedouins. Several Bedouin leaders have requested this dialogue and are willing to discuss creative possibilities.

And yet, our appeals to the minister of agriculture and the Authority for the Regulation of Bedouin Settlement in the Negev (a government body that is charged with handling disputes like this one) to negotiate with residents have been rejected. The government continues to insist on relocating them to the nearby town of Hura, even though authorities there lack the infrastructure to accommodate them.

In 2011, a government commission created to resolve outstanding land claims among Negev Bedouin recommended that preference be given to existing Bedouin communities over forced relocation to make way for newcomers. But in this case, the government is insistent on doing precisely the opposite.

It is impossible to imagine that a Jewish community established at the behest of the State of Israel and standing in place for 60 years would be treated in this manner. The message being sent here is that the Bedouin cannot trust the Israeli authorities to act justly toward them.

When the state neglects Arab-Bedouin citizens for years and then seeks to relocate them in order to build a new Jewish community, and when the state refuses to enter into dialogue with Arab-Bedouin residents to arrive at an appropriate and realistic solution, it raises serious questions about justice, morality and public policy.

Israel has an obligation to take care of its minority citizens — an obligation that derives not just from its democratic values, but also Jewish ones. It says in Leviticus, “There shall be one law for you, for the stranger and citizen alike.” If Israel is to be a Jewish and democratic state, then it must treat all its citizens equally.

The story of Atir-Umm al-Hiran has the potential to become a black mark on relations between Israel and its Bedouin. And unfortunately, it is not the first one. There are ongoing challenges between Bedouin communities and the Israel Lands Authority.

But it is still not too late. We can reach a negotiated settlement, one that could serve as the basis for a broader effort to resolve outstanding issues facing Bedouin communities in southern Israel.

All that is needed to transform this bleak picture is a bit of goodwill. It’s not too late for that.