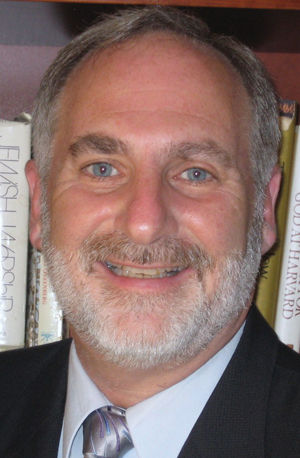 The headline in the Jewish Light is provocative: “Michael Steinhardt thinks American Jews need to stop focusing on religion” (Page 8, June 14). One quote is particularly revealing: “The modern state of Israel is the Jewish miracle of the 20th century, but it’s the secular part of Israel that’s the miracle. It’s the extraordinary achievement, it’s the technology, the military … Israel has become for me, the substitute for religion.”

As the article by Ben Sales for the JTA news agency reports, Steinhardt has funded Birthright Israel and Hebrew language charter schools. Obviously, he has been financially successful and has generously donated his funds to strengthen the Jewish people. But his thinking on religion is deeply flawed, shortsighted and dangerous.

One should first be reminded that although nearly all religious leaders opposed modern Zionism, so did nearly all secular leaders: the former because they believed God would mystically/miraculously restore the Jewish people to their land; and the latter because they believed that Zionism threatened their newly won, yet precarious, security in their own land. Nineteenth and early 20th century secularism was no less on the wrong side of Jewish history as was religion.

But most importantly, Herzl’s 1903 Zionist Congresses were prepared to accept a proposal for a Jewish homeland in Uganda (now Kenya).  It was only because of the traditionalist minority, nurtured by their religious roots, which Herzl could not afford to alienate, that we are in the land of Abraham, Isaac and Jacob — the Promised Land, the Holy Land.

This is more than a curious footnote of history, for our enemies (falsely) charge that we are interlopers in Israel, the land of David and Solomon, of our prophets and our psalmists. What would our response be had the secularists brought us to a land without any religious/historical ties — to Africa!

Moreover, Steinhardt’s response is precisely at issue. It is the worship — a substitute for religion — of the state that is dangerous. It is blind faith in technology and the military that is dangerous. While we celebrate Israel’s miraculous technological, economic and military success, each is not free from the vulnerabilities of excess.

A few years ago, Ari Shavit wrote a powerful, uplifting and disturbing book titled “My Promised Land: The Triumph and Tragedy of Israel.” Shavit charts some of the best and worst in Israeli society. He identifies the problems, militarism and hedonism among them. But as a secularist, he, too, does not entertain religion as a solution. And yet religion, good religion, is the best antidote to militarism and hedonism.

Religious teachings, embedded within Jewish history, value-laden from Torah — biblical and rabbinic — have been the solutions, or at the very least, provided cautionary guidance.

The Psalmist wrote: “They (achieve victory) by chariots and horses, but we invoke God.”

The prophet Zechariah said: “Not by strength and not by power, but by My spirit, says the Lord of Hosts.”

Even the Hebrew language that Steinhardt is promoting is not a secular creation. Modern Hebrew is overwhelmingly derived from its greatest and most enduring sources – the TaNaCH and rabbinic-era religious texts. And language is not disconnected from virtues. Chesed is not so easily translated, for it encompasses love, kindness, endurance and more. Chesed is a term of God and of man. Kadosh – Holy – is God and His great aspiration for man; not just who we are, but what we can be.

Admittedly, all religions are vulnerable to their own excesses, and the Jewish religion is no exception. Issues such as tolerance in general, spiritual living without material responsibility, marginalization of women and non-Jews, and rabbinic authoritarianism, for example, are modern religious excesses that often conflict with the Torah and rabbinic law.

Internal corrections are needed. Solutions lie within those religious sources, not in secularism. And they are there.

Many in the religious community have drifted far from the teachings of our Sages: their relative tolerance, their attitude to the material world and their work ethic, their relatively higher degree of inclusion of women and non-Jews, and their self-imposed restrictions on rabbinic authority. But flaws in the interpretation of our Torah hardly means that it is irrelevant, a hindrance or inferior.

Finally, secularism, whatever its attraction and whatever its short-term advantages, by failing to nurture the spirit, also fosters personal and societal spiritual vacuums. Without spiritual nutrients, too many feel alienated; too many are filled with despair. That spiritual void finds expression in a turning to alternative spiritual communities or to drugs and alcohol, and to suicide.

At Traditional Congregation’s recent board meeting, during “Good and Welfare,” when members are invited to express personal comments, one spoke about the communal response to the passing of her mother. The funeral was held on the East Coast. In that large, primarily secular Jewish community, not a single Jewish community member came to the funeral; but, as she emoted with pride and gratitude, when she returned home to observe shivah within our modest congregation, she was enveloped.

Following her lead, many others echoed similar sentiments, as nearly every member of our board had experienced the death of a close relative in the past few years. Secular society does not nurture the transcendent duty of support – personal tzedakah, visiting the sick, comforting mourners. That is not to say that it doesn’t exist at all, but it pales in comparison with the breadth, intensity and endurance found within Jewish religious communities. It is found in mitzvah, a uniquely Jewish religious concept of action.

“Stop focusing on religion?” To the contrary! The secular outlook and denigration of religion by Pied Pipers like Steinhardt need to be avoided. We need to acknowledge and prevent tragic endings; we need holiness; we need to affirm and more deeply connect to our religious heritage.

What particularly disturbs me about Mr. Steinhardt’s views, and others like him, is that a man so otherwise smart, successful, caring and generous, so connected to the Jewish people, can be so brazen in his secularism and, as such, so utterly unaware of its dangers and correspondingly so unaware and so unappreciative of religion in the life and history of the Jewish people.

The State of Israel’s ultimate success, as well of that of the American Jewish community, Jews as individuals and the world-at-large, needs the living fountain of Torah, our religion, to endure, to be successful, to be transcendent, to be holy.