Israel has a legal case for striking Iran 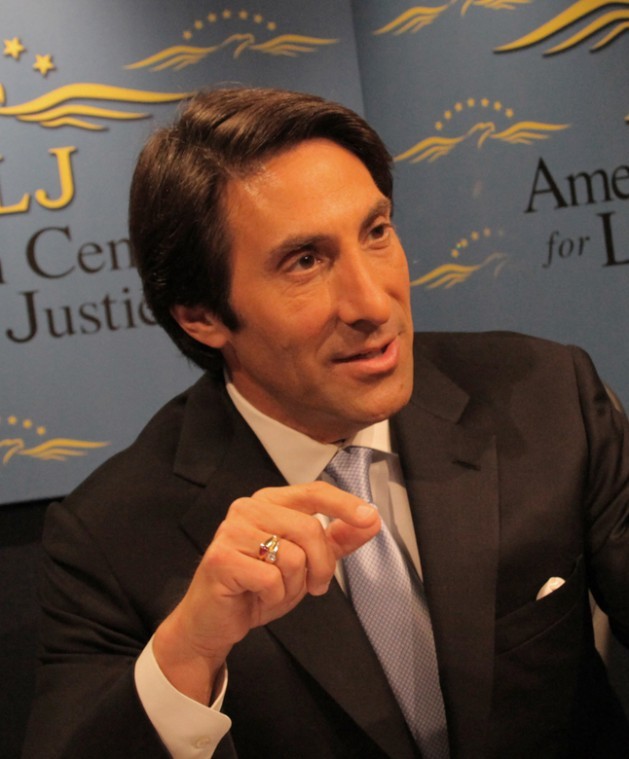 WASHINGTON—In a world where nuclear weapons could soon be in the hands of a rogue nation like Iran, an Israeli preemptive strike on Iran’s nuclear facilities would be fully justified. Despite its ban on aggressive war, Article 51 of the United Nations Charter clearly recognizes a state’s inherent right of self-defense. Thus, Israel has full authority to act unilaterally or collectively in its self-defense.

Yet Article 51 does not create the right to self-defense; it is an inherent right of all states under customary international law. Hence, determining when self-defense is appropriate lies, as it always has, with each state.

Under the charter, however, the U.N. Security Council is charged with lifting the burden of individual national self-defense and taking appropriate steps to restore international peace and security. One must recognize, however, that the muscular Security Council envisioned in the charter has never materialized. As such, threatened states are almost always required to make their own decisions and bear their own burdens.

Article 51 allows Israel to use aggressive force against Iran’s nuclear program if an “armed attack” occurs. Its plain language is satisfied when one state has used armed force to attack another state. Under customary international law, a preemptive strike is also permitted when an armed attack is imminent.

Thus an Israeli attack against Iran’s nuclear facilities would be legitimate for two reasons.

First, Iran already is conducting armed attacks under the plain meaning of Article 51 through Islamist terrorist surrogates Hezbollah, Palestinian Islamic Jihad and Hamas, so a de facto state of war exists between Israel and Iran.

Second, even if one questions whether armed attacks have occurred (by discounting Iran’s use of surrogates), Iran’s development of weapons of mass destruction constitutes an imminent, existential threat to Israel.

Under customary international law, the Article 51 “armed attack” requirement that evokes a right of self-defense can occur when a state perceives that such an attack is “immediately impending and inevitable.” Thus, rather than waiting for an actual attack, a state may execute a preemptive strike on the hostile state.

Historically, two elements must be met to legitimize a preemptive strike: proportionality and necessity.

The necessity element is where attention is usually focused. The acting state must have exhausted all other alternatives of dealing with the problem, and the threat from the hostile state must be imminent. As with most preemptive strikes, imminence related to necessity will be the most contested issue in deciding the strike’s legality.

The traditional definition for imminent is when there is “some outward act that initiates the attempt to harm such that the actual harm is close at hand.” Historically an attack was considered imminent when a state could see the mobilization of enemy armed forces preparing for attack. However, according to the modern trend in international legal thought regarding imminent, the threatened attack must be perceived as “instant, overwhelming, leaving no choice of means, and no moment for deliberation.” The hostile state must be about to launch an attack and not merely in the “preparatory stages of such an attack.”

Yet even the more “modern” definition has lagged the development of technology, particularly of WMDs and their rapid means of delivery. Under the historic definition, Israel likely would be required to wait until nuclear warheads were attached to missiles and about to be launched. But by then it would be too late. Failure to stop Iran before it reaches such a point invites disaster because of the potential destruction were such an attack to succeed.

The concept of imminence must be flexible over time, and the definition of “imminent attack” must be adaptable to modern warfare, since the traditional definition fails to account for the lethality and danger of WMDs.

If Israel deems that Iran is actively preparing for a nuclear attack against the State of Israel (an opinion amply supported by Iran’s continuous bellicose threats) and that failure to act would put Israel in grave danger of being unable to prevent that attack, the threat against Israel would in fact be imminent. As such, Israel would be justified in making a preemptive strike against Iran’s nuclear facilities, as long as the attack were proportional and Israel had exhausted all other meaningful alternatives.

While the general rule in international law is that a state may not initiate aggressive war toward another state, an Israeli attack on Iranian nuclear facilities would not qualify as aggressive war; it would simply reflect Israel’s inherent right to self-defense.