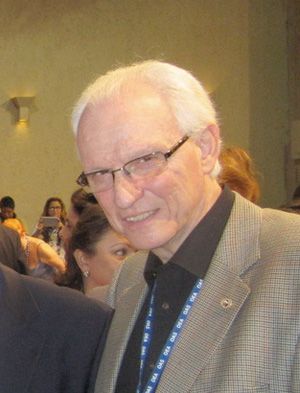 On July 18, the victims of the AMIA bombing will be killed again.

Their families will feel the chilly winter and the cold reality of the chain of agreements made between Iran and Argentina that has erased the remote illusion of a true and honest effort to prosecute the perpetrators.

The July 18, 1994 terror attack on the the Argentine Israelite Mutual Association building — the heart of the Argentinian Jewish community — killed 85 and wounded 300. No one has been brought to justice, though Iran’s ties to the attack are well known.

In a 2006 report, Argentinian prosecutor Alberto Nisman detailed how top Iranian leaders — including Hashemi Rafsanjani, Iran’s president at the time, and Ahmad Vahidi, who later became minister of defense — ordered Hezbollah to kill Jews in Buenos Aires. Interpol has requested that Iran turn over the officials responsible for the worst terrorist attack ever in Latin America. No arrests have been made.

The latest assault on the victims started last year on Yom Kippur, the most sacred day for the Jewish people, when the foreign ministers of Iran and Argentina announced in New York that the two countries had agreed “to investigate together” the AMIA bombing. And to deepen the affront, on Jan. 27 — the United Nations’ Holocaust Remembrance Day — Iran and Argentina signed the “agreement” publicly.

On July 18, when the attack survivors and the victims’ families listen to the siren marking the moment of the bombing, anguish and frustration will grow — if there is any more space for so much pain.

Many observers have expressed deep skepticism about the pact between Argentina and Iran to form a “truth commission,” wondering about its true motives. What is clear is that the pact is a sham with no hope of ever bringing to justice the perpetrators.

Here are some points to consider:

• Iran has yet to send the Argentinian Foreign Ministry the note of ratification of the agreement signed on Jan. 27.

• The Argentinian media have reported — and nobody has denied the information — that the Argentinian government has accepted the newly elected president of Iran, Hasan Rohani, as a “moderate.” What is “moderation” in a theocratic regime that has been accused of violating human rights and where the last word in every decision is not of the “president” but rather the “Supreme leader of the revolution”?

• La Nacion columnist Martin Dinatale, writing in the July 3 edition of the daily Argentinian paper, pointed out that a spokesman for Iran’s Foreign Ministry said that “foreign and Zionist agents are behind the AMIA bombing.” Nisman has issued a legal report accusing Iran of creating an intelligence network to prepare attacks in Latin America.

Dinatale also wrote that on July 1, there were clear signs undermining Nisman from the Argentinian government: Attorney General Alejandra Gils Carbo denied permission for the prosecutor to travel to Washington to explain before the U.S. Congress the results of his investigation. It must be added, he wrote, that the Iranians have not yet helped Nisman in his investigation.

According to Dinatale, since the signing of the pact, commerce between Argentina and Iran has skyrocketed. In all of 2012, exports from Argentina to Iran were $52.1 million. In only the first three months of 2013, they exploded to $76.4 million.

Dinatale noted, too, that the prestigious International Holocaust Remembrance Alliance has asked Argentina to distance itself from the organization in light of the pact with Iran.

Though half the country opposed the pact with Iran, Argentina lawmakers still pushed through the deal. In the long run, the lawmakers will have to respond to the people for their decision.

Nineteen years after the AMIA bombing, the survivors and the families of those who perished only know about promises made by the Argentinian government to catch and convict those responsible and the seemingly endless impunity of those responsible.

So on July 18, just before 10 a.m. — when the siren marking the AMIA blast sounds — we will remember the victims and realize that their memory continues to be insulted by a pact whose sole purpose is to keep the existing obstacles to justice in place.