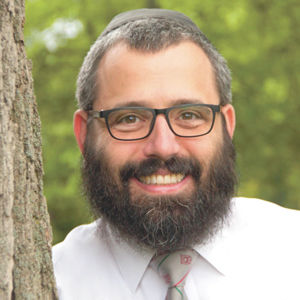 Rabbi Hershey Novack is co-director of the Chabad on Campus Rohr Center for Jewish Life at Washington University.

A recent article in The Atlantic (“The Pandemic Has Erased Entire Categories of Friendship”) focuses on the decline of interactions among “weak social ties” during the COVID-19 pandemic. This refers to the people we know casually – the people we see regularly in our lives — the barista, the clerk at the dry cleaners, the guy who invariably is on the elevator every morning on the way up to the office — but who have virtually disappeared from our daily interactions. We smile at and greet them and occasionally exchange a few words. These people are not our closest intimates, but these interactions are vital to our sense of community and mental health.

This brings to mind one of the underlying themes of the Scroll of Esther and the celebration of Purim – especially in the age of COVID-19.

By contrast, at the beginning of the miracle of redemption of Purim, Queen Esther instructs Mordechai: “Go, gather all the Jews who are present in Shushan and fast on my behalf…” Then she enters the king’s chamber unannounced where she pleads for her life and the lives of the Jewish people. The key word here is gather.

This parallel structure is intentional.

“Scattered and separate” is more than just a description of the physical dispersal of the Jewish population in the lands of Ahashverosh, it is also a metaphor for their weak social ties with each other. Similarly, gathering the Jews isn’t merely a tactic to enable them to fast, but it highlights the value of unity.

These lessons in the necessity for Jewish unity to fight off existential threats are not only reflected in the narrative of the holiday but are also built into the observances and celebrations of Purim every year throughout the ages into the present day.

There are four central Mitzvos of the holiday of Purim. In the words of Esther: “Mordechai wrote these things and sent letters to … command them to make the fourteenth day of the month of Adar … days of feasting and gladness, and of sending portions one to another, and gifts to the poor.”

We interpret this verse quite literally:

We hear the Scroll of Esther (Megillah) read during the evening and again during the day of Purim.Then, there are three social mitzvot:To eat a celebratory meal (Mishteh)To give gifts of food to a friend (Mishloach Manos)And, to give charity (Matanos Le’evyonim)

These latter three mitzvot are about bringing people together and strengthening a sense of shared community. It follows that these mitzvot are a direct repudiation of Haman’s claim that the Jewish people are ‘scattered and separate’ from each other.

I encourage people to participate in all these wonderful once-a-year mitzvot in ways that meet both the letter of the law and also fulfill the spirit of the law during the holiday of Purim (this year, Thursday night Feb. 25 and Friday, Feb. 26).

Though we are compelled to remain physically vigilant to assure everyone’s good health in the face of this Pandemic, we need to transcend distance – sometimes creatively – to celebrate safely.

There is a wonderful Hasidic teaching that deserves to be shared widely. Each holiday is designed to be celebrated at a specific time, but the positive energy of the holiday is to continue with us after the holiday and illuminate the rest of the year.

Let us reimagine ways to strengthen weak social ties and explore ways to support people in a safe manner, during the Purim and always.

Rabbi Hershey Novack is co-director of the Chabad on Campus Rohr Center for Jewish Life at Washington University.