Ilhan Omar is right about money in politics. She is wrong on AIPAC. 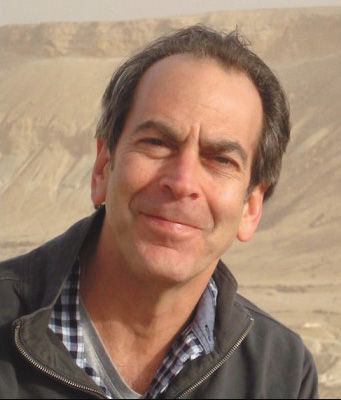 Andrew Silow-Carroll is editor in chief of JTA, a syndicated news service for Jewish media.

Last week, the Senate passed a bill that targets the boycott Israel movement. The 77-23 vote was a nice win for AIPAC, which backed it, but also held some worrying news for the pro-Israel lobby. While Republicans were nearly unanimous in their support, Democrats were mostly split: 25 for and 22 against.

More significant, six of the seven Senate Democrats running for president or expected to voted no.

While the vast majority of lawmakers on both sides of the aisle can be called or call themselves pro-Israel — including the six Democratic hopefuls — the vote undermines the notion that Congress is “Israel-occupied territory.” On the boycott bill, like any piece of legislation, politicians weigh the costs and benefits of supporting legislation — sometimes with their eyes on the short-term and sometimes the long-term.

Even if you were able to erase AIPAC from the picture, it’s not clear how much the landscape would change. Israel is a pretty easy sell in the United States. Jews vote and donate to political campaigns out of proportion to their numbers. Evangelical Christians are more uncritical than Jews in their support for Israel (and there are more of them). Americans as a whole are more likely to see their values reflected in Israel’s robust if flawed democracy than among the dictatorships, monarchies and theocracies that surround it.

The vote on the boycott bill raises the possibility that those factors cannot be taken for granted, as a resistance to pro-Israel messaging is growing on the left.

In a pair of notorious tweets this weekend, Omar leapfrogged these complexities to offer a simple explanation for U.S. policymaking on Israel: “It’s all about the Benjamins” — in other words, money. When pressed by the Forward’s opinion editor, Batya Ungar-Sargon, to explain who she thinks is paying American politicians to be pro-Israel, the first-term congresswoman from Minnesota replied “AIPAC!”

Critics were quick to point out that she was wrong on facts (AIPAC is not a political action committee and does not spend money on political campaigns) and appeared to dip into an age-old trope about Jewish money and influence. Dan Shapiro, the U.S. ambassador to Israel under Obama, tweeted that her “outrageous comments equating politicians’ support for Israel with being bought off by American Jewish money are a vile anti-Semitic trope.” Combined with her past comments about Israel, including the notion that its government has “hypnotized” the world, few were willing to give the Muslim-American lawmaker the benefit of the doubt.

I’ll try. Let’s say, as her supporters suggested, that her comments were merely about the influence of money in politics. It’s undeniable that AIPAC exerts — and boasts of — enormous influence in politics. It doesn’t give money directly to politicians, but it serves as a force multiplier: Its rhetorical support for a candidate is a signal to Jewish PACs and individual donors across the country to back his or her campaign. Although AIPAC spends far less than mega-lobbies like the NRA, politicians looking to signal their own pro-Israel bona fides to potential voters and donors attend its annual conference and participate in its tours to Israel.

And honestly, money plays an outsize influence in American politics. It’s fair game to talk about a system that allows NRA, Big Pharma, the energy sector, Wall Street and hundreds of other lobbies to push their own interests over policies that perhaps the majority of Americans consider sensible. (Whether the majority of Americans are clamoring for a more evenhanded policy on the Israeli-Palestinian conflict is debatable, and probably not true.)

And Twitter can be a lousy place to debate Middle East policy and campaign finance. Maybe if pressed, Omar might offer more than a one-word — or, actually, one-acronym — summary of what she thinks is wrong with U.S. Mideast policymaking.

But in invoking “AIPAC!” as a metonym for the influence of money in politics was a minefield, and the idea that she doesn’t know that by now — coming only a week after she apologized for her 7-year-old “hypnotized” tweet — is implausible. Rather it looks like she is happy to bait her critics, even if it means ignoring how her words will be taken as dog whistles. It’s a play straight out of the Trumpian handbook: Called insensitive or racist, Trump will deny that he is either. And then he will defiantly press the same buttons (“Pocahontas! Caravans! Fine people on both sides!”).

You can plead innocence the first time you say something offensive or play with a stereotype, I suppose. Keep doing it and it looks like a feature, not a bug.

I’ll concede that it is a little about the Benjamins. Political power is expressed in America through money, and supporters of Israel — Jews and non-Jews — have been supportive and strategic in deploying their resources. But it is not only about the money, and saying otherwise — reducing the complexity of a cause to mere dollars and cents, and ignoring the context in which you say it — is what gets you into bigoted territory.

The pro-Israel lobby isn’t hypnotizing anybody. Nor is it bribing them to betray their own beliefs. It supports sympathetic candidates as any good interest group would, and ignores those it doesn’t see as friends. You know, like Emily’s List. Or MoveOn.org. Or any of the interest groups that donated thousands to Omar’s own congressional campaign. I doubt Omar would say her views line up with, for example, the Service Employees International Union only because they donated to her campaign.

The Democratic candidates who voted against the anti-BDS bill didn’t wake up from an AIPAC-induced trance. They looked at a changing electoral landscape and felt they would gain more by opposing the bill than voting for it. That’s politics.

Yes, money distorts the calculus. Our politics and country would probably be better off if campaigning wasn’t a never-ending money chase. But Omar’s insistence that but for the grace of AIPAC politicians would take her side on Palestine is uninformed and reductionary. Maybe that’s not anti-Semitism, but it is nothing to be proud of.

Andrew Silow-Carroll is JTA’s Editor in Chief. Previously he served as editor in chief and CEO of the New Jersey Jewish News and wrote an award-winning weekly column in the Times of Israel. He was also the managing editor of the Forward newspaper, editor of the Washington Jewish Week, senior editor of Moment magazine, and a reporter for the Jewish Telegraphic Agency.