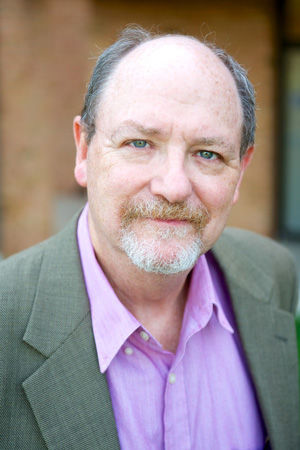 If you think that those who hack your bank or credit card account should be punished as permitted under the law, then you probably think the same regarding the Cardinals “DataGate.”

So do I. But there are a few problems: We don’t know who the Cardinal employees were who did the alleged hacking; we don’t know if they did or didn’t act under orders; we don’t know whether there is enough evidence to support an indictment; and we don’t know to what extent the Cardinals, Astros and Major League Baseball are helping the Federal Bureau of Investigation to identify and punish the perpetrators (though we do know the Cardinals say they are cooperating fully and may be independently investigating internally).

Other than those who would like to see the Best Franchise in Baseball suffer, like Bill Plaschke of the Los Angeles Times in an absurd column June 17 (http://lat.ms/1G2pAH7, but utterly and cleverly rebuffed here: http://cbsloc.al/1eonhrn), the responses across baseball have been moderate – there’s just too little to know much.

The connection between the hackers and the Houston club reeks of something emanating out of executive Jeff Luhnow’s tenure with the St. Louis franchise, or perhaps (just speculating here, no facts known) what might have been removed from Cards’ files after his departure. Access to the Houston data seems to have come via a password hacking of Astros associates, perhaps that of Luhnow (which he denies), perhaps others in the organization who formerly worked under Luhnow for the Redbirds.

Whether the Astros did or didn’t take baseball analysis data from the Cardinals pre-hack is wholly irrelevant to the case at hand, at least regarding the guilt of the perpetrating hackers; there’s no such thing as lawful vigilante hacking, other than perhaps on TV shows.

No, even if the intellectual property of the Cards had been previously compromised, the correct response would have been for anyone harmed to assert their claim with law enforcement. And if the response to that is that there’s no way to know what the Astros did or didn’t have that belonged to the Cardinals’ organization, tough rocks — when you hire a private eye to break into a cheating spouse’s lair, you’re liable for the trespass whether or not there was hanky panky.

But hiring is really the question here, isn’t it? For if no one in the organization above these apparent Watergate-like bunglers directed them to do what they are accused of doing, then there’s nothing to lay at the feet of Bill DeWitt or his management team, other than bad optics.

If one were going to make any assumption in this instance, it seems one might look at the overall intelligence level of our home team’s leadership. Why would they engage in such behavior? Certainly not to learn any trade secrets of the Astros, who until this year were pounding the cellar repeatedly (and the apparent hack occurred at least a year ago). And they’re an AL team that we often won’t even play. Why not a better, more competitive team? Just because there was an available password? And on and on go the questions that make the slurs on the Cards’ organization as dubious as Justin Bieber’s talent.

That’s why the thing seems to reek of some sort of payback, revenge, etc by misdirected and oh-not-so-bright associates, apparently from a Jupiter, Florida temporary residence. And for those who think that superior numbers crunching – the employees in question may have come from the team’s analytics department – translates to real-life savvy, not always so much.

Look, if there’s any hint that these guys were told to do this, I’m all for the proverbial book throwing.

But if I had to assess the chances of that outcome at this point, I’d probably say its 50-to-1 against, because it just plain makes no sense. I think we’ll find out that stupid employees did a more-than-stupid thing and will receive their apt punishment. Which I fully support.