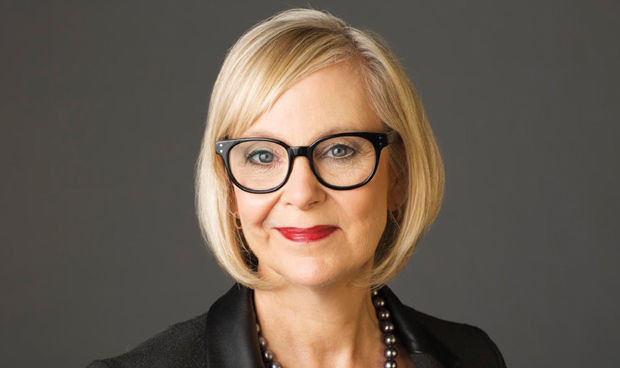 Stacey Newman is Missouri state representative of the 87th District, which includes Clayton and parts of Brentwood, Ladue, Richmond Heights and University City.

A person’s faith should be personal and private, but once a governor uses “prayer” to rally support for his special extraordinary session, he must be called out.

Who is he praying for? Me? You? Republicans? Democrats? Women? Which women?

Missouri Gov. Eric Greitens, a Republican, did just that last week in Joplin, Springfield and St. Charles when he asked audiences to pray for the “career politicians” prior to a special session called specifically to repeal a St. Louis reproductive anti-discrimination ordinance and pass religious protections for pregnancy centers.

These “alternative to abortion” religious-based centers received more than $7 million in tax credits in the 2017 state budget but have zero state regulations requiring them to provide medically accurate,  science-based information (most don’t) or employ medical staff when providing medical care (most don’t).

A disgruntled Sen. Bob Onder, R-Lake St. Louis, successfully lobbied the governor, along with anti-abortion lobbyists, to bring legislators back to Jefferson City to address his abortion bill, which his GOP Senate failed to pass last month. Perhaps if I  whine enough as a legislator and slip a few bucks, I, too, can have a special session solely for my agenda?

Because of Greitens’ disagreement with a recent U.S. Supreme Court ruling that makes Missouri restrictions on abortion providers unconstitutional, he wants to try to pass even more. Everything about this extraordinary session, which will cost taxpayers $20,000 a day, is unprecedented, frivolous and extreme.

In February, Greitens touted his Reform Jewish beliefs in an interview with the St. Louis Jewish Light. He boasted of being the very first Jewish governor of Missouri, attending preschool at the St. Louis Jewish Community Center and becoming a bar mitzvah at age 13 at Congregation B’nai El, a Reform congregation where he said he “had a great upbringing and fantastic teachers who really helped me to see how I could put my Jewish values into action.”

When Greitens publicly applauds himself as a Reform Jew, shouldn’t he be held accountable to that faith or denounce his beliefs?

According to ReformJudaism.org: “Reform Jews believe strongly that women and men are equal. All life is sacred in Judaism, but women are commanded to care for their own health and well-being above all else. Although an unborn fetus is precious and to be protected, Reform Judaism views the life and well-being of the mother as paramount, placing a higher value on existing life than on potential life.”

Reform Jews believe that a woman, as an equal human being, can make her own choice about whether and when to become pregnant, whether to use contraception or even to terminate a pregnancy.  Reform Jews believe that these reproductive decisions belong with herself, her partner and her physicians, and definitely not with the government.

As an outspoken Reform Jew, I know full well what my rabbi, Susan Talve, my Central Reform Congregaton and the Reform Jewish community in Missouri stand for in protecting women’s private reproductive choices, including the constitutional right to access abortion.

For months, Greitens has highlighted himself as a dedicated Reform Jew throughout the state in his transparent quest for higher office. Yet this past week he held a series of “pro-life” rallies for his upcoming special session on abortion, a complete 360-degree turn of philosophy.

Is Greitens using women as his tool to reach the White House in the same manner as Donald Trump? Using women as a political tool of expediency, depending on how much dark money anti-abortion lobbyists will pay him, which he keeps hidden in a secret nonprofit?  Using his relationship with his Jewish community in hopes they won’t pay attention or reveal his tactics?

But I do care enormously that Greitens wishes to overrule the St. Louis anti-discrimination ordinance, a law he clearly hasn’t even read, which allows religious entities to be exempt.

I am incensed that he approves allowing employers to fire women or landlords to kick out women based on their reproduction decisions: whether to be pregnant, use contraception, IVF treatments or even have an abortion, which may be necessary due to miscarriage, pregnancy complications or other private reasons.

And I am livid that he is spending thousands of state revenue dollars to give religious extremists additional protections to mislead and lie to pregnant women.

I could not agree more with Missouri Sen. Ryan Silvey, R-Kansas City, who tweeted after the governor’s rallies that “God is neither R nor D and prayer is not a political stunt.”

Gov. Eric Greitens: Reform Judaism and pregnant women are also not tools for your political stunts.