Eric Mink: Defying labels in a search for truth 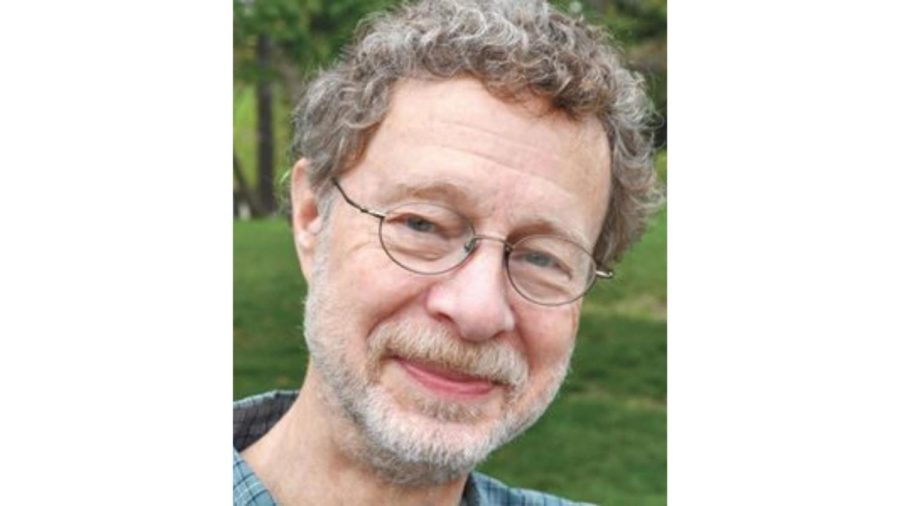 Eric Mink is a freelance writer and editor. He is a former columnist for the St. Louis Post-Dispatch and the Daily News in New York. Contact him at [email protected]

By Eric Mink, Special For The Jewish Light

Over the many years I’ve earned a living as a fact-driven opinion journalist, regular readers who choose to spend some of their time with my work –- for which I’m always grateful –- discover early on that my positions on public issues tend to wind up on the left side of the political continuum.

So considering the political polarization in which we social-networking Americans seem to wallow, it may seem odd that one of the public figures I’ve come to admire and respect is a politician with sterling conservative credentials of long-standing and with whose views on most issues -– voting rights, firearms regulations, foreign affairs, immigration, tax policy, military power, torture — I heartily disagree.

I speak of Elizabeth (Liz) Lynne Cheney, a mainstream Republican, the lone congressperson for the state of Wyoming. She’s now in her third term in the U.S. House of Representatives and spent a bit more than two years on the House Republicans’ senior leadership team, chairing the Republican Caucus.

Last week, I and 20 million other U.S. viewers couldn’t have helped but notice Liz Cheney on Thursday night’s live, prime-time, simultaneous coverage on all networks and news channels (except Fox News) of the major public hearing of the House Select Committee to Investigate the January 6th Attack on the United States Capitol. Cheney is the committee’s vice chair.

The committee has been conducting a lengthy investigation into the violent and deadly assault on the Capitol on Jan. 6, 2021, by hundreds of domestic extremists worked into a frenzy by months of then-President Donald Trump’s flagrant lies that he actually won re-election in November, 2020, (he didn’t) but was cheated out of it by rampant voting fraud (he wasn’t).

Even before the committee was formed, Liz Cheney was among the few Republicans to denounce Trump’s refusal to admit the truth of his election loss and his dishonest attempts to stay in power. She was among the even fewer Republicans to continue calling out his extended campaign of falsehoods as months rolled by and damage to the democratic principles and traditions of the country accumulated.

Cheney paid for honoring those principles. True to Trump’s petty, punk nature, the Republican former president exploited fellow Republicans’ fears of his power over the party’s base and got Cheney replaced as chair of the House Republican Conference. Last fall, he endorsed a Republican candidate running against Cheney in Wyoming’s upcoming August primary.

In addition to her crystal clear criticism of Trump’s cheap but dangerous imitation of a tin-horn dictator, I also was impressed that she knew she was taking a massive professional risk by speaking out against him and could gain little, if anything, by doing so. Well, unless you’re the kind of person who values knowing you have not stood silent while a president of your own party debases his office, defiles his oath and damages American democracy with a multi-part plan to subvert the legitimate result of a free and fair United States election.

Little wonder that the Select Committee’s chair, Bennie Thompson — a Mississippi Democrat of quiet conviction and dignity who has represented the people of his state’s 2nd congressional district in the U.S. House for 29 years –- described Cheney as “a partner” when he introduced her at the committee’s hearing last week. “She’s a patriot,” he said, “a public servant of profound courage, of devotion to her oath and the Constitution.”

Cheney then summarized the topics and situations the committee will take up in its subsequent hearings — including those on Monday, Wednesday and Thursday of this week -– and the evidence amassed to back up its conclusions.

She concluded her remarks this way:

“There’s a reason why people serving in our government take an oath to the Constitution. As our founding fathers recognized, democracy is fragile. People in positions of public trust are duty-bound to defend it, to step forward when action is required. In our country, we don’t swear an oath to an individual or a political party…. We take our oath to defend the United States Constitution. And that oath must mean something….

In his own opening remarks, Thompson, too, explored the significance of an oath. Noting the diversity and geographic dispersion of the committee members, he pointed out what they shared:

“We swore the same oath. We swore an oath to defend the Constitution against all enemies, foreign and domestic…. We can’t sweep what happened under the rug. The American people deserve answers.

“So I come before you this evening not as a Democrat, but as an American who swore an oath to defend the Constitution. The Constitution doesn’t protect just Democrats or just Republicans. It protects all of us: We, the people.

“The cause of our democracy remains in danger…. There are those in this audience who thirst for power but have no love or respect for what makes America great: devotion to the Constitution, allegiance to the rule of law, our shared journey to build a more perfect union.”

Two days before the first January 6 Committee hearing was held and televised, Cheney was interviewed by noted conservative writers Jonah Goldberg, Stephen F. Hayes and David French for The Dispatch, an online magazine co-founded by Goldberg and Hayes that explores issues and conservative perspectives.

“There comes a moment,” Cheney said during their discussion, “where I think we all need to say, ‘Wait a minute… This was a violent assault on the United States Capitol, and it was provoked by a sitting president of the United States…. And I would say to some of my colleagues and others who think that the way to respond to this investigation is with politics and partisanship -– those people are not acting in a way that is healthy for the country.’”

Cheney pointed out that Trump lost more than 60 election-related cases in courts. Members of his own campaign, the Department of Justice and Department of Homeland Security investigated the reports of fraud that Trump heard and found them false. But Trump keeps repeating the lie of the stolen election, and people keep believing him.

“So I think everybody who knows it’s not true, which is the majority of people in my party, has a duty to say so, has a duty to say, ‘this is just not true,'” Cheney told the interviewers. “You may have wished the election had turned out differently, but it didn’t. And if we want to win the next election, we had better embrace the Constitution. You know, we better not go down this path of embracing this lie.”

Liz Cheney’s conservative. I’m liberal. She’s a Republican. I belong to no party. We disagree about a great many issues. But regarding the violent attack on the U.S. Capitol on Jan. 6, 2021; why people were killed, wounded and terrorized; and who is responsible for these crimes against democracy –- on these matters, I admire and respect Cheney’s honor, courage and determination and believe she will do everything humanly possible to find the answers.