Embassy move will lead to peace with Palestinians 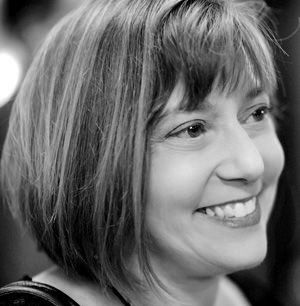 Editor’s note: This commentary is part of a new Point-Counterpoint series in the Light. Read Robert Gerchen’s counterpoint commentary here.

On May 14, President Donald Trump officially moved the United States Embassy in Israel to Jerusalem from Tel Aviv. The move recognized the fact that Jerusalem has been the capital of the State of Israel since Israel’s establishment in 1948.

Additionally, the move was consistent with the Jerusalem Embassy Act passed by the United States Congress in 1995, which recognizes Jerusalem as the capital of Israel and declares that the embassy be moved to Jerusalem from Tel Aviv by May 1999.

The new home of the embassy is in West Jerusalem, an area that is recognized as Israeli territory and is not, and has never been, in dispute. By situating the embassy in West Jerusalem, the administration ensured that the move would not affect the final status of Jerusalem and would in no way preclude a situation in which a future Palestinian state could establish its capital in East Jerusalem.

Some people question whether moving the U.S. Embassy advanced the cause of peace between the Israelis and the Palestinians. I maintain that it does. It is disingenuous to pretend that Jerusalem is not the capital of Israel.

Furthermore, in an op-ed published on the CNN website on May 14, Daniel Shapiro, the former U.S. ambassador to Israel — appointed in March 2011 by President Barack Obama and sworn in by Secretary of State Hillary Clinton —made it clear that he believes moving the embassy is a positive move toward peace. Shapiro wrote:

“When President Trump announced that the embassy would be relocated, he was — as he put it — recognizing a reality, and, in a sense, correcting a long-held historical anachronism.…Moving the U.S. embassy to Jerusalem will help strengthen the principle that Israel’s claim to the city, born of centuries of Jewish connection to the city, is legitimate and must be recognized. It probably should have been long ago.”

For decades, the Palestinian leadership has refused to recognize the Jewish historical connection to Jerusalem and has acted as though there is no country called Israel. It  continues to lobby for a “right of return” for the descendants of the 1948 Palestinian refugees to homes in pre-1948 British Mandate territory, homes that no longer exist in communities that no longer exist.

Every Israeli recognizes that allowing those descendants to  “return” means the end of the Jewish State. The only path to peace is for the Palestinians to come to terms with the fact that the Jewish State exists and to agree to live side by side with it.

When the announcement was made that Trump intended to move the embassy, some analysts expected the Arab world to explode in mass protests. However, such protests never materialized. The reason was because most of the Sunni Muslim nations — Egypt, Jordan, Saudi Arabia and the Gulf states —understand Israel’s importance as a strategic ally in the conflict with Iran and are interested in continued security and economic cooperation with Israel. They realize that Jerusalem is the capital of Israel and that it does not affect their relations with Israel in any way.

We are witnessing an opportune moment in history. Relations between Israel and its Sunni neighbors have never been better. Saudi Arabia and the Gulf states would like nothing more than to be able to have open relations with Israel, although that cannot occur until there is a signed peace agreement with the Palestinians.

I would like to close with the words of former Ambassador Shapiro, who said:

“I am optimistic that the overdue step of locating the U.S. Embassy in Jerusalem can actually bring closer the day when the issue long deemed the hardest in the conflict to solve may in fact become the most obvious. And that would only advance the cause of achieving a conflict-ending deal.”

Galit Lev-Harir is a frequent contributor to the Light. Galit lived in Israel for nine years. She and her husband, Elie Harir, are members of Congregation B’nai Amoona.