We are called to be guardians of justice, peace 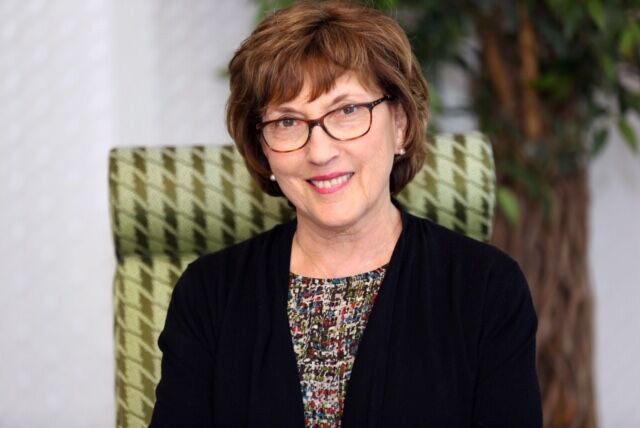 One of our esteemed and notable local rabbis once told a class of beginning adult students that there is no topic that Torah fails to address. Generation by generation, rabbinic minds took an ancient narrative and crafted a never-ending story. We have never been more a part of this story than in this portion, Shoftim, which includes 41 commandments pertaining to issues of justice, responsibilities, ethical prescriptions and behaviors when confronting conflicts.

The portion begins with the verse, “Shoftim (Judges) and Shotrim (Officers) shall you place within your gates.”

Ostensibly, administrators are assigned a communal judicial and peacekeeping function. This is followed two verses later with an imperative to pursue justice and other worthy admonishments.

Moses is addressing an entire people. The sages and rabbis were puzzled by Moses’ use of the singular form of the word ‘you.’  The literal translation is: “Each of you shall place judges and officers within your gates,” followed by “Tzedek! (Justice), Tzedek! (Righteousness) shall each of you pursue.”

The Slonimer Rebbe, Sholom Noach Berezovsky, in his opus “Netivot Shalom,” asks: “Is not the mitzvah of appointing judges imposed on the many?”

Why is this commandment focused on individuals rather than on communities? Who bears the responsibility for guarding justice, righteousness, fairness and peace? What individual gates need judges and enforcers?

The Slonimer was a revered Chasidic leader. Early Chasidic writings refer to a human being as a small city, a microcosm of the universe. Even earlier, commentators wrote that each person has several sensory gates: sight, hearing, smell, speech, touch. They speak of seven gates of the skull, all needing judges and enforcers. The Slonimer advised his Chasidim to make themselves judges in all these matters; to open their eyes in supervising their intentions and actions.

“This,” he writes, “is the Jewish spiritual path to have boundaries around all one’s gates.”

Rebbe Berezovsky was born in 1911 and died 20 years ago on the threshold of the21st century. His life was touched by world wars, a global pandemic, the Great Depression, the Holocaust, and the prosperity and disillusionment of the late 20th century.  As a religious and spiritual leader, he understood how often the good intended by an individual becomes hijacked through an insensitivity to the difference between judgment and judgmentalism.

Judgmentalism condemns and dismisses, whereas healthy judgment sees people as more than their behaviors. Righteous judgment is dependent upon critical thinking rather than a thinking that is critical, destructive and condescending. A healthy judgment is a precious perspective to be cultivated and protected.

Each year, Shoftim arrives with the new moon of Elul, the month preceding the Jewish New Year and Day of Atonement. Elul is a month of preparation, an opportunity to explore where we have been besieged by circumstance, self-interest, anger, judgmentalism and negative reactivity. The Hebrew for besiege is rooted in the word for hardship or trouble, tzuris. The sages clarify that the word besiege is a temporary condition, whereas bondage is a form of indeterminate enslavement, a return to Mitzrayim, a Narrow Place of suffering.

The Slonimer reminds us to contemplate the qualities of integrity; to ask how frequently we engage each of our senses to the detriment of ourselves and other. Do we engage in listening with the intent of finding fault or misconstruing another’s intentions as hurtful and harmful? The shoftim (judges) the Slonimer wishes us to place within our individual gates is called discernment. The shotrim (enforcers) is the self-discipline we can muster to elevate our thoughts, behaviors and attitudes.

Rabbi Joshua ben Levi remarked there are six organs in the body that serve humankind. Three are under a person’s control, and three are not. The eye, ear and nose are independent practitioners because a person sees, hears and smells even things one does not wish to, such as the daily doses of terror and suffering; the cries of those who have lost something; and the smells of poverty, illness, death and destruction.

The mouth, hand and foot are organs that are subject to a person’s will as each person can choose to speak decently, mindfully, wisely or foolishly. Hands are an expression of the heart and can be lifted in the service of hope. Hands can be opened to give generously, grudgingly or to deprive another of an essential need. Each person has a capacity to go and do or to run away from the work in the world.

My hope is that between now and the Awesome Days approaching, we each hear the invitation our tradition has placed before us. Seek out the guardians of all your gates, liberating your highest light to serve our world’s greatest needs.

Rabbi Dale Schreiber is a chaplain providing Jewish care coordination for Pathways Hospice and Palliative Care, and has a private practice, Renewal-in-Action, specializing in resiliency, spiritual development and compassion fatigue recovery. She is a member of the St. Louis Rabbinical and Cantorial Association, which coordinates the weekly d’var Torah for the Jewish Light.