Walk Noah’s way, the way of a ‘Tzaddik’ 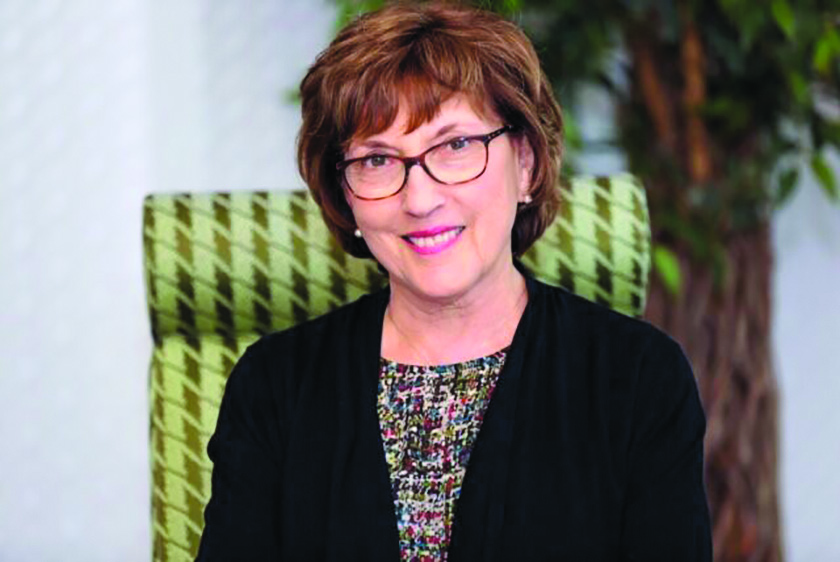 Rabbi Dale Schreiber is a semi-retired chaplain providing Jewish care coordination for Pathways Hospice and Palliative Care, and has a private practice, Renewal-in-Action, specializing in resiliency, spiritual development and compassion fatigue recovery. She is a member of the St. Louis Rabbinical and Cantorial Association, which coordinates the d’var Torah for the Jewish Light.

In Jewish thought, Creation and Revelation are considered ongoing, renewable and recyclable. Ideas recorded in the biblical text are often highlighted through liturgy. In the morning, we recite or chant the prayer Yotzer Ohr which refers to God as “former of light, Creator of darkness, Maker of peace, and Creator of all. … with goodness, God renews the work of beginnings each day.”

There is much to wonder about. In a modern midrash on the opening portion of B’reishit (Genesis) Adam wakes up in the Garden of Eden, turns toward the Holy Blessed One and asks: “What am I doing here? For what purpose did You create me?”

At the very end of the Creation story, God regrets making humans and deeply grieves the failure of Creation to live up to its potential. The earth and its inhabitants will suffer the consequences and be blotted out of existence. Noah, though, found favor in the eyes of God.

We meet Noah this week, and I can imagine him resting his head in his hands, lamenting: “How did we get here?” Ten generations after Adam and Eve were exiled to a life of toil and trouble, Noah confronts a world in need of a thorough cleansing, a new beginning and some new ground rules.

Some of us may be asking the same question about the ongoing global pandemic and daily images of catastrophic natural and infrastructure disasters afflicting communities near and far. We are living through a chaotic and disordered time.

Noah is described as special and unique among humans. He is the first to be referred to as a Tzaddik, a righteous person. This is a special category characterized by moral integrity, good deeds, compassion, generosity of spirit and humility. He is called tamim, perfect or pure among the people of his generations. This word appears again in Abraham’s story and in the portions describing sacrifices who are tamim, without blemish.

The text goes on to say that Noah walked with God. More specifically, the text tells us Noah caused himself to walk that walk. Rabbi Samson Raphael Hirsch teaches that “it is comparably more difficult to remain morally pure in an age of immorality than it is to remain honest in an age of dishonesty.”

Noah walked in a world described as malfunctioning, corrupted and dissolute. Rabbinic commentaries sometimes question Noah’s righteousness as relative to his own times. But notable commentators such as Rashi, who lived through the crusades, and the Slonimer Rebbe, who lived through the devastations of the 20th century, say that Noah deserves our admiration precisely because he succeeded in achieving the status of tzaddik in such unfavorable circumstances.

Sometimes, the Slonimer writes, when the polarizing energies of hate, fear, violence and arrogance contaminate the entire world, the only remedy left may be the way of the Tzaddik. Noah represents the lone Tzaddik, visible only to the Divine Eyes. Noah is the prototype of the first 36 hidden, wholehearted righteous individuals who are unswerving in their devotion to the Divine Way and by whose existence the world prevails.

Noah, his family and a diverse remnant of the animal kingdom quarantine for approximately 18 months in a vessel of refuge as a great deluge washed away an original Creation. God, who expressed regret about creating humankind, is now filled with even more regret over the cataclysmic destruction in the story.

Noah survives the devastation but is no longer the same man. Noah represents a new beginning. On Noah’s behalf, we are the legacy of a Covenant written in the sky. The Noahide laws direct humanity toward a higher consciousness. The sign of a rainbow testifies to a promise that creation is renewable if we remember our purpose and strive toward our unique potential. In the words of the Kotzker Rebbe, the Beginning is all that God created; the rest is up to us.

Questions of meaning and purpose require reflections. Make yourself, the Slonimer writes, into a spiritual vessel of refuge … make it impervious to negative influences coming from outside yourself and from your own inner weaknesses.

This is the enlightened path towards living a meaningful life and becoming the blessings we are meant to be.