Torah portion has ironic parallels for the Iran nuclear deal 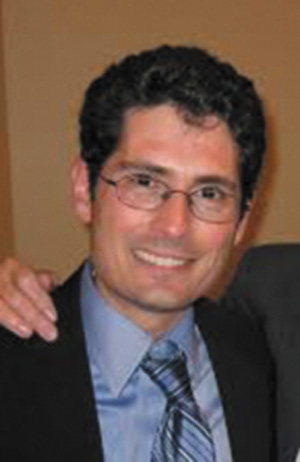 I find it hard to believe that this week’s Torah portion, Lekh L’kha, is all about international relations. But it deals with immigration and emigration, hostage taking and rescue, alliances, warfare and conflict resolution.

Abram, Sarai and company journey from Haran to Canaan to Egypt and back; Abram’s wife, Sarai, and his nephew Lot are taken hostage, then rescued; four kings wage war against five; Abram and Lot settle a quarrel over grazing lands. As the King of Sodom and Abram haggle over the lives of Lot and the other people with him at Genesis 14:21-23, Sodom makes a sly offer to tempt Abram to abandon Lot and his kin: “Keep the spoils of war; and let me have the people.”

But Abram refuses with an oath: “I swear to the LORD, God Most High, Creator of heaven and earth: I will not take so much as a thread or a sandal strap of yours.  You shall not say, ‘It is I who enriched Abram.’ ”

That word “enriched” reminds me of the Iran nuclear deal, more formally the Joint Comprehensive Plan of Action (JCPOA), among the United States, United Kingdom, France, Germany, the European Union, China, Russia and the Islamic Republic of Iran.

Iran remains a bitter enemy of the U.S. and Israel. The JCPOA does not apply to development of ballistic missiles, support for terror organizations such as Hezbollah or its influence in the region.

Israeli Prime Minister Benjamin Netanyahu was a fierce critic of the deal throughout its negotiation. Before being elected president, Donald Trump called it “the worst deal I’ve ever seen” and threatened to “tear it up on Day 1” of his administration.

“While the majority of my colleagues in the Israeli military and intelligence communities supported the deal once it was reached, many of those who had major reservations now acknowledge that it has had a positive impact on Israel’s security and must be fully maintained by the United States and the other signatory nations.”

Trump proceeded to grudgingly certify Iranian compliance twice, perhaps realizing that it was a multilateral agreement that he was not at liberty to abandon.  Or perhaps he was influenced by more sober military advisers such as Defense Secretary James Mattis and Gen. Joseph Dunford, chairman of the Joint Chiefs of Staff.

Last week, Trump finally made good on his threat to decertify Iran’s compliance with the JCPOA, calling on Congress to impose new sanctions. Yet Iran actually is in compliance with the JCPOA. Former Israeli Prime Minister Ehud Barak, no friend of Iran, pointed out that Iran is complying with the terms of the agreement and that disavowing it would scuttle any hope of negotiating with North Korea.

Dunford confirmed: “The briefings that I have received indicate that Iran is adhering to its JCPOA obligations.”

Uzi Eilam, former head of the Israeli Atomic Energy Commission, said, “Simply put, every single one of their pathways to a nuclear weapon has been blocked.  The deal has been a major success.”

Not even Trump or his functionaries claim Iran is violating the agreement; rather, they complain that Iranian behavior with regard to missiles, terrorism and regional influence somehow violates its spirit.

By reimposing sanctions, it is the United States that would violate the JCPOA.  It would embolden Iran to resume pursuit of nuclear weapons or to profit off international trade with our allies.

It would make our country less trustworthy in the eyes of European and Middle Eastern friends. Within Iran, it would strengthen hardliners while undercutting moderates.

Suzanne Maloney of the Brookings Institution said on CNBC: “[Trump has] given Iran the moral high ground, and that is an exceptionally difficult thing to do given the history and reality of Iran’s misdeeds at home and in the region. It’s just malpractice on the part of an American president.”

Would we really want Iran, our implacable foe to be the one that  can say, “I swear to the LORD, God Most High, Creator of heaven and earth: I will not take so much as a thread or a sandal strap of yours”?

Or would we want our country to be in Abram’s position?

I have contacted our U.S. Senators, Democrat Claire McCaskill and Republican Roy Blunt, and U.S. Rep. William Lacy Clay, D-St. Louis, to ask them to oppose new sanctions against Iran and to support the JCPOA.

I hope you will call your elected representatives, too. Our Missouri delegation in Congress needs to hear the support of the Jewish community for maintaining the Iran nuclear deal.

Rabbi Justin Kerber is a board certified chaplain, visiting  patients at SSM Health Cardinal Glennon Children’s  Hospital and SSM Health at Home Hospice. He serves as the rabbi of Congregation Agudas Achim Beth Israel in Belleville. He is also a member of the St. Louis Rabbinical Association, which provides the weekly d’var Torah in the Light.