The healing gift of silence 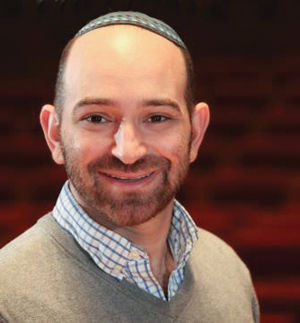 When Blu Greenberg and her husband were sitting shiva for their son JJ, who was killed riding a bicycle in Israel at the age of 36, people came to be with them in their hour of sorrow.

“Most people came with no forethought, agenda or explanation,” she recalled. “A few [people] — out of good intention and compassion — tried to justify God or soften the loss by giving it some meaning. ‘He was so good that God needed him by His side,’ was one such attempt.”

In our Torah portion this week, Aaron has a similar experience.  Parashat Shemini concludes the weeklong ordination of Aaron and his sons as kohanim, or priests, who lead the community’s sacrificial worship.

Joy quickly turns to sadness when Aaron’s sons Nadab and Abihu offer to God what the Torah describes as an “alien fire.”  Fire then came forth and consumed Nadab and Abihu. They died instantly.

After witnessing this tragedy, Moses attempts to comfort his brother by saying, “This is what the Eternal meant when God said: Through those near to Me I show Myself holy, and gain glory before all the people.”

Moses’ attempt to justify God in the face of just heartbreak may have been sincere. It was not, however, what Aaron seemed to need in that moment. After Moses offers this rationalization, Aaron is silent.

The Torah doesn’t typically call attention to someone’s silence, and so Aaron’s response appears significant. Aaron’s silence may have indicated an acceptance of Nadab and Abihu’s fate as punishment for their misdeeds. Perhaps his silence was a form of contempt as if to say, “I will not dignify that remark with a reply.” Maybe Aaron was full of anger and rage but didn’t express this fury out of a concern that he would be punished for criticizing God. Or perhaps he felt that there was no point in expressing protest or rage: His sons were dead, so he said nothing.

When we encounter horrible, jarring pain, too often we do not know exactly how to react. Some of us will respond with anger. Others may feel guilt or may totally disengage from the situation. Often, it is a combination of these and so many more emotional reactions. In such moments, words are insufficient to express how we feel.

Jewish tradition understands the power of silence. Dr. Alan Morinis, founder of the Mussar Institute, teaches that “the soul needs silence as the body needs sleep. Sleep to refresh; silence to cleanse. Sleep to dream; silence to awaken to the deeply real.”

As humans, we need silence to deal with the stresses of life. Silence, of course, can be uncomfortable.

While we are perfectly comfortable with the silence of awe, joy or gratitude, the silence of pain and grief can be too much. We feel pulled to explain or to make the situation better. We want to fill the silence with laughter or love or whatever we can in order to ease the pain of those about whom we care.

However, in moments like this, we need simply embrace the silence. Just as Aaron didn’t have words to express his loss, we, too, must accept that words are not appropriate for every situation. Silence has the potential to be cathartic. When faced with the tragedy, we can learn from Aaron that though we may seek to offer words of comfort, embracing silences and offering only our presence can often be the far greater gift.