Social, legal truths are found in the stones 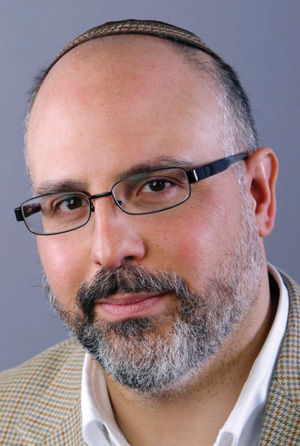 This week’s Torah portion, Mishpatim, literally means “laws,” and contains a large array of interpersonal civil commandments and regulations. Just before this portion, the Torah teaches about the building of an altar to G-d. The altar, which symbolizes relationship and peace between the Jews and G-d, must be built out of whole stones, because  cutting stone would require metal, and metal is used in weapons of war.

Due to the juxtaposition in the Torah of these two aspects of Judaism, the altar and civil laws, the Midrash teaches that both the altar and the Sanhedrin, the high court of law, must be situated on the Temple mount adjacent to each other. Rabbi Isaac Lowe of Prague adds that both the court and the altar have the same goal: peace and relationship.

The altar is the site of facilitating the relationship between the Jewish people and G-d (the word for sacrifice also means to bring close together), and the court is the body that ensures and shores up relationships between people that are amiss.

The altar that facilitates peace between us and G-d may not be made of hewn stones because they are the product of metal, which makes war, so we would think the court also  would not be associated with hewn stones because it facilitates interpersonal peace. But in fact just the opposite is true. Paradoxically, the Sanhedrin sat in a room on the Temple Mount called the Chamber of Hewn Stone, made precisely out of stones that were cut!

Rabbi Menahem Recanati, a 13th century mystical commentator, says the altar is made from whole stones because it is the place of atonement and mercy, and when we make something of whole stones, they stick out here and there, none are perfectly aligned. So, too, when it comes to our relationship with G-d; G-d is merciful and not exacting with us, but flexible, and loves each of us for who we are, as imperfect as we are. We can all fit together in one altar even though we are all different and are not cut to fit. Though there will be gaps and rough edges, this, Rabbi Ricanati says, is the beauty of the altar.

When it comes to the Sanhedrin though, and the peace it makes, we must be exacting. Mercy for one litigant will produce the opposite for the other, and would lead to corruption. To make peace in court, there must be a cutting edge, there must be exactness. We may not show mercy when practicing justice in court. No matter how deserving a litigant is, in court we must reach the truth.

This Shabbat let us remember that when it comes to the Jewish people being one before G-d, its beauty rests, as the Ricanati says, in all the individual stones being their own individual size and shape. But when it comes to our institutions of law, we must be exacting and not favor one over the other, lest corruption arise.