Serving others while suffering personal pain 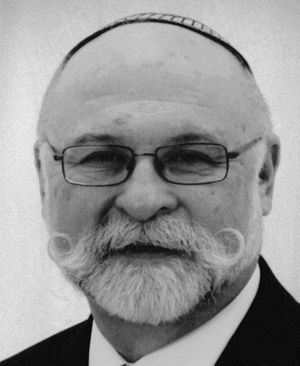 It was Tuesday, Sept. 23, 1997, when I received the call from my father that my beloved mother had finally succumbed to her metastatic lung cancer. At our congregation in Chattanooga, Tenn., I was deeply involved in preparations for the High Holy Days, which were to commence on the evening of Oct. 1. My mother’s funeral was scheduled for Sept. 25, giving me and my four siblings time to arrive in St. Louis from the four corners of the United States.

I remember the day of her funeral very well. Despite my being a rabbi, I was relieved to see that my parents’ longtime friend, the late Rabbi Jerome Grollman, was officiating. Neither my training nor 20 years of experience had prepared me for that day. I could barely recite the Kaddish at the end of the graveside service, let alone have presided over my mother’s funeral or even spoken.

The Shiv’ah was a time of some healing, as friends and family came by to offer their support and care to our family. Having a large family was also a source of great comfort as we reminisced about our childhoods. Then on the seventh day, I got back in the car and drove to Chattanooga, where that evening I was to lead our congregation in greeting Rosh Hashanah, a new year. Though the people were kind and caring and reached out to me and to my family (including my father, who had driven with me), the High Holy Days waited for no one, and I had to transform myself from mourner to rabbi.

In this week’s Torah portion, Shemini, Aaron and his sons are ordained as priests in service to God and the Israelites on the eighth day of the dedication ceremonies for the Mishkan, the Sanctuary that symbolized God’s Presence among the people.

For some reason, for which the text gives no explanation whatsoever, two of Aaron’s sons, Nadav and Avihu, spontaneously offer a “strange fire” after the first priestly offering. This fire flares up, and the two are immolated. It is difficult to imagine Aaron’s grief on this day, of all days. Suddenly the celebration of the high point of his career literally goes up in flames! Two of the four lights of his life are suddenly dead.

Yet the text tells us that Aaron had nothing to say. At first blush, this may seem difficult to fathom. A man watches his two sons die before his eyes and has nothing to say! I understand him, though. There is a level of grief and shock for which there are no words. At that moment, Aaron was the one, not Moses, who required a spokesperson. And Aaron still had a congregation to which to minister. This was a liminal moment in the history of the Israelites, and there was no time for Aaron to indulge in the luxury of mourning, it seemed.

To be entrusted with the spiritual and religious leadership of a group of people can often mean putting oneself second on the list of priorities. Plans sometimes have to be changed in order to provide for the needs of a member of the congregation or for the entire community. Even the death of a beloved member of the family cannot free a member of the Klei Kodesh (clergy) from his/her obligations. Rabbis and cantors serve their communities, whether it is convenient or not.

I have seen the members of our community’s Klei Kodesh put aside their personal trials and tribulations to provide the necessary comfort and consolation to others with no sense of self-pity.

For many, Aaron is a model as effective as Moses. Aaron’s response to his sons’ deaths is the one required when one is honored to serve as a leader of the community.

In turn, may those who serve in this holy manner feel the community’s embrace at times of personal pain, even if they do not ask for it.

Rabbi Josef A. Davidson serves Congregation B’nai Amoona and is a member of the St. Louis Rabbinical Association.