Reading the scroll of Esther: Hope or warning? 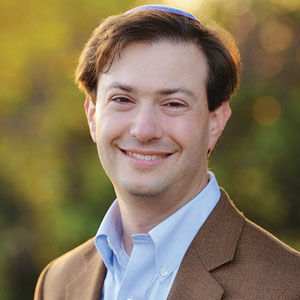 Is  every mitzvah, every commandment equally important?  In some sense, of course — if we understand God as the source of mitzvot, commandments, then every mitzvah is an equal opportunity to obey or disobey God and God’s will for us.  And plus, how are we to know which mitzvot are more or less important?

But, we can get a hint sometimes of which mitzvot are more important based on how we’re supposed to prioritize them.  One mitzvah that is pretty high up there is the commandment to hear the Megillah, the scroll of Esther, read on Purim.  (“There is nothing that takes priority over the reading of the Megillah except the burial of a corpse that has no one to attend to it,” says Maimonides.)

The really interesting question is why is hearing the Megillah on Purim such a high-priority mitzvah?

There are two possible answers, writes Erica Brown in her brand new book on Esther entitled, “Esther: Power, Fate and Fragility in Exile.”

So the requirement to hear the Book of Esther can be a forced reminder about the eternal existence of hope.  It’s also a not-so-subtle insistence that we each individually continue to hope, for a happy ending in the short term for us, where our own struggles  and anxieties will find relief, and for a happy ending in the longest term, that is, for a world infused with the real justice and love and kindness that our world so sorely lacks.

Or  maybe the reason we need to hear the Megillah read is not to inspire hope or to reassure, but rather, as “a warning not to get too comfortable in the diaspora precisely because the miraculous turn of events is too unlikely to count on in the future.  Accept it at risk,” Brown writes. The story of Esther is about the danger of not being in control of our own lives and our own destiny as a people. And moreover suggests Brown, “The randomness driving the plot of Esther is itself illustrative of the costs of exile.”

This year, try to make hearing the Megillah — whether you hear it in synagogue or online or even just read it yourself — the most important thing you could be doing at that moment.  And then go and nosh some hamantashen.

Rabbi Noah Arnow serves Kol Rinah and is Past President of the St. Louis Rabbinical and Cantorial Association, which coordinates the weekly d’var Torah for the Jewish Light.