Our world is better having met the daughters of Zelophehad 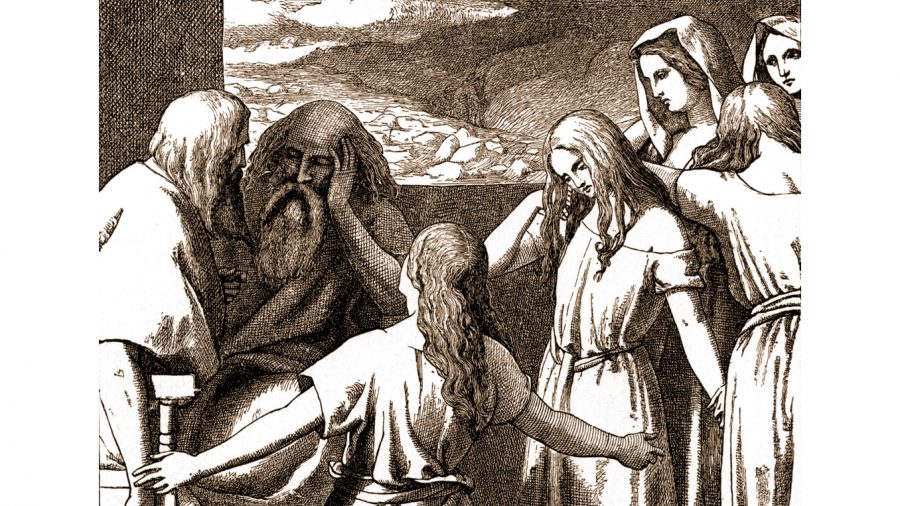 Have you met the daughters of Zelophehad?

They are the five brave women we encounter in this week’s Torah portion (Parashat Pinchas), in which we hear their impassioned plea to Moses regarding their and their deceased father’s right to inherit property in the land of Israel.

Their request does not come in the form of dry, legalistic language. Rather, we are privy to their very personal cry: “Why should our father’s name be eradicated? Give us a holding in the land.”

These insightful women understood the patriarchal system of inheritance. They knew that it was structured in such a way that they might loose their inheritance simply because they were women.They describe their situation to Moses, explaining that their father died without leaving a son to inherit and, according to the strict letter of the law, their property would be passed on to strangers, robbing them of all their rights.

Moses is stymied. He understands the logic of their argument but has no precedent by which to resolve the issue.

It is at this point that he turns to God. Here, too, we are allowed to hear a full and complete response. Rather than just issuing a decree we hear God’s inner process:

“Rightly do the daughters of Zelophehad speak. You shall surely give them a secure holding in the midst of their father’s brothers, and you shall pass on their father’s estate to them.”

The Almighty does not stop there. He tells Moses that this should become the law for all future generations, as well. This is quite a remarkable moment in our history: The laws of inheritance have been amended, with Divine approval!

Once the matter has been resolved, the Lord tells Moses to go to the top of the mountain and prepare the people to enter the land.

I have also encountered images of Zelophehad’s daughters in several works of art. Two in particular stand out in my memory. The first is found in “Dalziels’ Bible Gallery: Illustrations from the Old Testament” (1865-81), which shows the five daughters making their plea to an aged leader. We see Moses as an old man with a long beard, holding his head in his hands. In this illustration, we see how troubled and confused the elder is. The artist captures the pathos of the story, and we experience it, in all of its complexity.

Yet another image of the story comes to mind, and it is, perhaps, the most powerful. Many years ago, when I was the scholar in residence at Camp Ramah, a group of female Israeli soldiers painted their rendition of the five daughters as part of our Torah study. In their version, the daughters were not weighed down with concerns nor were they pleading. Rather, they were standing proudly in the land of Israel, in the city of Jerusalem itself.

In this depiction, the daughters were celebrating their arrival in their new land, and they were doing so with song and dance, just like the prophetess Miriam. These young Israeli artists captured the joy that many of us feel when first touching the sacred soil of  Eretz Yisrael. I no longer have a copy of the painting these Israeli soldiers produced, however the joy of their work remains part of my inner life.

Much of what we hear about Israel these days comes via the news, which often presents a bleak and painful image. Israel is described much like the “headache” in the portrait of Moses that I mentioned above, in which Moses is wrestling with questions raised by the daughters of Zelophehad.

We are often affected by these news reports. They rob us of our inheritance, our sense of joy and wonder about the modern Jewish state and about all that she has achieved. It robs us of the blessings that this land has brought to all of Jewry and to the world.

My celebration of Medinat Yisrael is not intended to ignore or diminish the many significant issues troubling the contemporary Jewish state. Rather, I am seeking to create a balanced picture, one that is often missed in the media and even in some of our discussions. I do so as a political and cultural Zionist.

During the long months of the pandemic, Carol and I participated in an Israeli film group. We were amazed at the way in which many of the films addressed core cultural, political and religious issues that face modern Israel.

Equally amazing is the growth and development of modern Israeli literature, art and poetry. Our son, Dr. Avi Rose, has done a significant amount of research in the area of Judaism and the arts, specifically in terms of modern and premodern Israeli artists. All of which speaks of a rich, varied and vibrant cultural life.

As a liberal Jew, I am also very taken by the new forms of Jewish religious and spiritual expression that have taken root in Israel. Many of the religious services and celebrations that we have attended represent a mixture of traditional and modern sensibilities. The music used during these celebrations is often referred to as “fusion,” a musical blend of various Jewish melodic strains. It is a wonderful sound, a blend of east and west.

Israel has also contributed to the betterment of the world in terms of medical and electronic technology. It has become known, throughout the world, as a startup nation, a country of young and innovative entrepreneurs.

So you see, I have met the daughters of Zelophehad in a number of ways. I have seen how their demands, sanctioned by the Divine, have brought about radical change and how that change has benefited many. But more importantly, they have taught me to continue to  celebrate our creativity and presence in the Land.

Rabbi Neal Rose is senior rabbinic scholar at Congregation B’nai Amoona. He is a member of the St. Louis Rabbinical and Cantorial Association, which coordinates the d’var Torah for the Jewish Light.