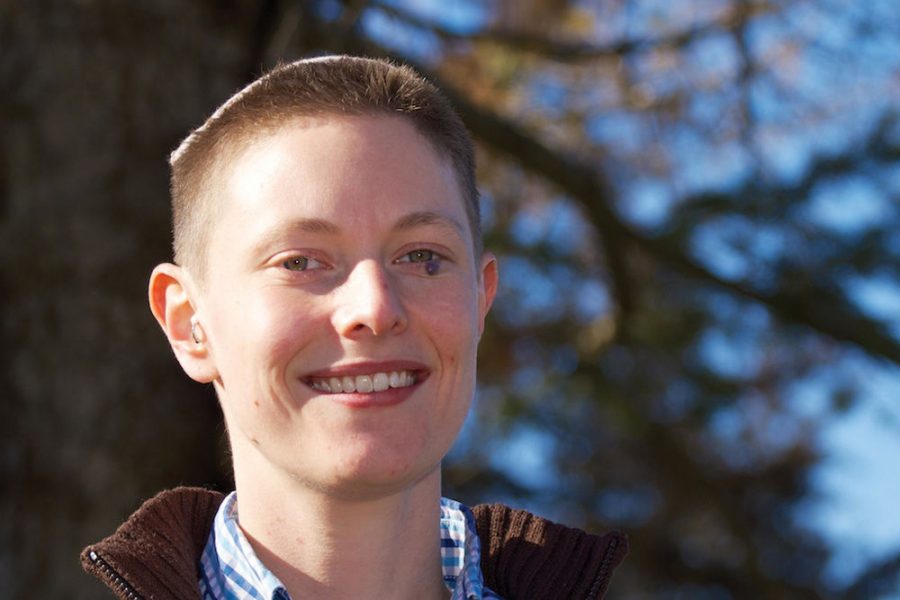 Rabbi Micah Buck-Yael is the coordinator of community chaplaincy at Jewish Family & Children’s Service and a member of the St. Louis Rabbinical Association, which coordinates the weekly d’var Torah for the Jewish Light.

Parashat Tetzavah forms the middle of a lengthy multiweek set of instructions given to the Israelites for the construction of God’s dwelling place.

God speaks to Moses, and outlines in precise and sometimes difficult-to-follow language every possible detail of the mishkan structure and service. Every beam, thread, post, socket and hook is described and accounted for. In our post-Temple world, sometimes it is difficult to envision the structure being described. Even more so, it can be difficult to understand what spiritual lessons for us come out of these detailed blueprints.

There is a deeply human story embedded in this week’s parashah. Of all of the portions of the Torah from Exodus onward, it is the only one that does not mention Moses by name. The portion focuses entirely on Aaron and his sons and on the preparations they will need to make to be installed as High Priest. The priestly uniform is described — eight garments plus mysterious items called the Urim and Tumim for Aaron, four garments for each of his sons — symbolizing the various attributes of leadership and sanctity that Aaron will have to embody.

Despite not being mentioned by name, Moses is very much present in this Torah portion. Again and again, he is addressed directly by God, being told to “bring Aaron your brother close” (28:1), “Make sacred clothing for Aaron your brother” (28:2), “You shall dress Aaron your brother and his sons, with him. You shall anoint them, fill their hand, and sanctify them so that they will serve Me” (28:41).

Many commentators have reflected on what it must have been like for Moses to invest his brother in this way. For so long, Moses had been the sole point of contact between the people of Israel and the Divine. After this sanctification, the regular drama of human-divine interaction will be tended by Aaron and his descendants. This cannot have been an easy transition. Although Moses sometimes complained about the difficulty of standing between God and the Israelites, this role had become the center of his identity.

In fact, some midrashim state that Moses had originally been expected to serve as High Priest, but the opportunity had been taken away from him years ago when he initially hesitated to return to Egypt to demand freedom for the Children of Israel. In this framework, Moses is not only watching his brother take on a leadership role that will never be his, but he is watching Aaron take on a leadership role that might have been his.

The Torah does not generally sugarcoat sibling relationships. Again and again, the tension between siblings is highlighted, siblings are pitted against one another, and spiritual and communal leadership is understood as a zero-sum setup. Cain kills Abel out of jealousy when Abel’s offerings are accepted by God. Isaac displaces Ishmael, Jacob steals Esau’s birthright and blessing. Joseph dreams of dominating his brothers, and they throw him into the pit. Every story that we have read so far leads us to brace ourselves for tension and conflict between Moses and Aaron at this moment.

And yet, the friction never materializes. Instead, Moses involves himself in every aspect of preparing Aaron for the priesthood. At this moment, we are reminded that Moses and Aaron have had a unique relationship as brothers. When Moses, the younger brother, was asked to serve as a prophet and leader, he doubted his own abilities to carry out this mission. God responded by telling him that his brother Aaron would serve as his interpreter and supporter, and that Aaron would “rejoice in his heart” (Ex 4:14). The midrash connects this moment with Aaron’s investment as High Priest, stating, “The heart that rejoiced in the greatness of his brother shall wear the Urim and Tumim, as it says, ‘The Urim and Tumim shall be on Aaron’s heart’ ” (Tanhuma, Shemot 27).

Throughout their lives, Moses and Aaron learned to do what generations of siblings before them did not: to actively build one another up, to see each other’s successes as their own and to make space for each other to lead.

Rabbi Micah Buck-Yael is coordinator of community chaplaincy for Jewish Family & Children’s Service and a member of the St. Louis Rabbinical Association, which coordinates the weekly d’var Torah for the Jewish Light.