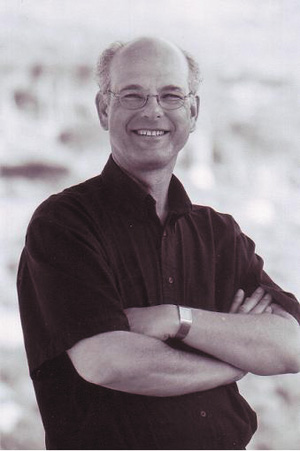 Even though the messianic thrust of our heritage has been born of a longing for unity, for oneness, for wholeness, for peace, our quotidian concerns and halakhic strictures have repeatedly placed separation and distinctiveness at the forefront of our practices.

Indeed, the creation narrative of Torah is all about differentiation — ﬂora vs. fauna, light vs. darkness, male vs. female, humanoids vs. the planet, not to mention the later ethical imperatives of do’s vs. don’ts, the good vs. the bad, the blessing vs. the curse.

Kashrut follows suit, recapitulated in this weeks Torah pericope, Re’eh.  When all is said and done, it is about erecting an almost impervious barrier between the permissible and the forbidden.  To the ancient world, and to most of humanity today, the very idea of restricting consumption when foraging for nutrition in any shape or form is critical to one’s very subsistence must have seemed hair-brained.  To contemporary societies of abundance, and even overabundance, the very idea of restricting consumption would appear an unwarranted restraint on self-satisfaction, which is the engine of economic expansion in a free market system.

These societal differences call to mind a brilliant description by satirist David Sedaris in his latest book, “Let’s Explore Diabetes with Owls”:

“To show their gratitude, the locals (Thais) prepared a feast for Jill (their Peace Corps emissary). Dog was considered good-eating. The head was supposedly the best part and, rather than offend her hosts, Jill ate it.

“This, for many, is ﬂat-out evil, butthe rest of the world isn’t like America, where it’s become virtually impossible to throw a dinner party.  One person doesn’t eat meat, while another is lactose intolerant or can’t digest wheat. You have vegetarians who eat ﬁsh and others who won’t touch it. Then there are vegans, macrobiotics and a new group, ﬂexitarians, who eat meat if not too many people are watching.”

Though swaths of our Bible belt believe God is an American, kashrut is not about the faddish pickiness Sedaris describes.  Nor is it not about what is healthful and what is not. If it were, fooey on chopped liver, creamed herring, and Shmaltz Brewing Co. suds. Nor is it about watching our girth.  If it were, we’d be allowed but one kneidlach in vegetable broth. Nor is it about justice. If it were, the glatt kosher crowd would swear off meats labeled “Rubashkins.”

While kashrut is arbitrary in its limitations — to the delight of horses and lizards and to the consternation of ducks and goats — it is meant to check our mistaken notion that the world’s our oyster, which we with sword will open. It is meant to remind us that, while we can only survive by literally taking the life of comestibles (even cabbages have “feelings”), we do not slaughter wantonly.

So, when all is said and done, di untershte shure, that is, the bottom line, comes down to another means of imposing discipline.  Traditionally, kashrut also reinforces community cohesiveness.  But, it is no less applicable to individuals who wish to embrace this Jewish mindset in their personal spheres.