In the census and all things, ‘do that which is right’ 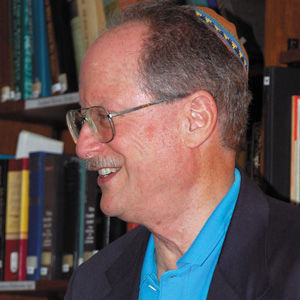 If you have been following the news lately, you know that the 2020 U.S. Census has garnered its share of recent headlines. If you’ve been paying attention to our Torah lections for the past couple of months, you’re also aware that more than one census of the Israelites has figured prominently in our readings in the Book of Numbers.

The first census in Numbers occurred after the people had departed from Egypt, crossed the sea and begun their arduous journey to the Promised Land. This census was described in the opening chapter of Numbers, which in Hebrew is called B’midbar/In the Wilderness, but also has the rabbinic designation Sefer Ha-p’kudim/The Book of the Census.

Indeed, the book was given the Greek name Numeroi, from which the English title Numbers was derived. At the outset of this fourth of the five books of the Torah we read:

On the first day of the second month, in the second year following the exodus from the land of Egypt, the Eternal spoke to Moses in the Wilderness of Sinai, in the Tent of Meeting: Take a census of the whole Israelite community by the clans of its ancestral houses, recording the names of every male, head by head. You and Aaron shall register them for military service, every male from twenty years and up who will go out to the militia. (Numbers 1:1-3)

Once this initial census has been completed, the results are used to organize the Israelites, configure their encampment and align their ranks for traversing the desert.

The Israelites did according to all which the Eternal instructed Moses; so they encamped by their standards and each marched with his clan according to their ancestral houses. (2:34; also see 1:52; 2:1-2)

In Pinchas, our Torah portion for this Shabbat, we learn of another census. This one takes place as the Israelites have approached the River Jordan and are beginning to prepare for entry into the land of Canaan.

The Eternal said to Moses and to Elazar, son of Aaron, the Kohen: Take a census of the whole Israelite community from twenty years and up, according to their ancestral houses, every one who will go out to the militia. (26:1-2)

After this second census has yielded its findings, the data are to be used to allot the tribal land holdings in Canaan.

The stated primary purpose for each census is to provide defense. In the first instance, it is defense for the wanderings in the wilderness; in the second, for settled existence in the Land.

However, the result of each census has an additional, important application. The first determines the configuration of the tribes and their clans in the encampment and on the march; the second, the future land holdings of the tribes and clans. Note that not all the Israelites are included in either census. Not the women. Not the children or the youth. And not the Levites, who are treated separately. (For the treatment of the Levites see 1:47-53; 3:1-4:49, and, in Pinchas, 26:57-62.)

Soon, complications arise. Zelophehad, a member of the Josephite clan of the tribe of Manasseh, died a natural death without male offspring or an heir. His five daughters, Mahlah, No’ah, Hoglah, Milkah and Tirtzah, bring their cause to Moses:

“Why will the name of our father be subtracted from his clan just because he did not have a son? Give us a holding among our father’s kinsmen!” (27:4)

Moses in turn takes this suit to God, and:

“The Eternal said to Moses: Yes to what the daughters of Zelophehad say: Give them a holding among their father’s kinsmen, and cause their father’s inheritance to pass to them.” (27:6-7)

Furthermore, this divine decree becomes the precedent for the Torah’s law of succession, which enables daughters to inherit when there are no sons:

“To the Israelites you shall say: When a man who has no son dies, you shall cause his inheritance to pass to his daughter …” (see 27:8-11; but there’s more to this particular part of the story as noted in 36:1-12 in Parashah Mas’ey. Also, inheritance by daughters is further developed by the Sages and in Halakhah/Jewish Law.)

When it was found that a ramification of the census in this week’s Torah reading indicated a need for adjustment, only God, the authority by which the census was established, could authorize it. A modification was made to the system to which the census applied, and the change evidently came on the basis of what is right and fair and just. There is no doubt that in this instance, to paraphrase the words of Avraham Avinu/our Patriarch Abraham, “The Judge of all the earth acted justly.” (Genesis 18:25).

We are called upon to do the same, to act justly. Judaism mandates Tz’dakah, literally not “charity” but “that which is right.” As Jews, we are exhorted each of us to do our share and what we can to make the world fairer, more just and more equitable. As with the census and its aftermath about which we read this week, so with all aspects and areas of life. As Rabbi Elazar, head of the Academy at Yavneh and one of our great Teachers, so simply summarized it: “The whole Torah depends on justice.” (Exodus Rabah 30:15)

Lane Steinger is rabbi emeritus of Shir Hadash Reconstructionist Community and a member of the St. Louis Rabbinical Association, which coordinates the weekly d’var Torah for the Jewish Light.