D’var Torah: ‘Diseased words’ and the power to misshape the world 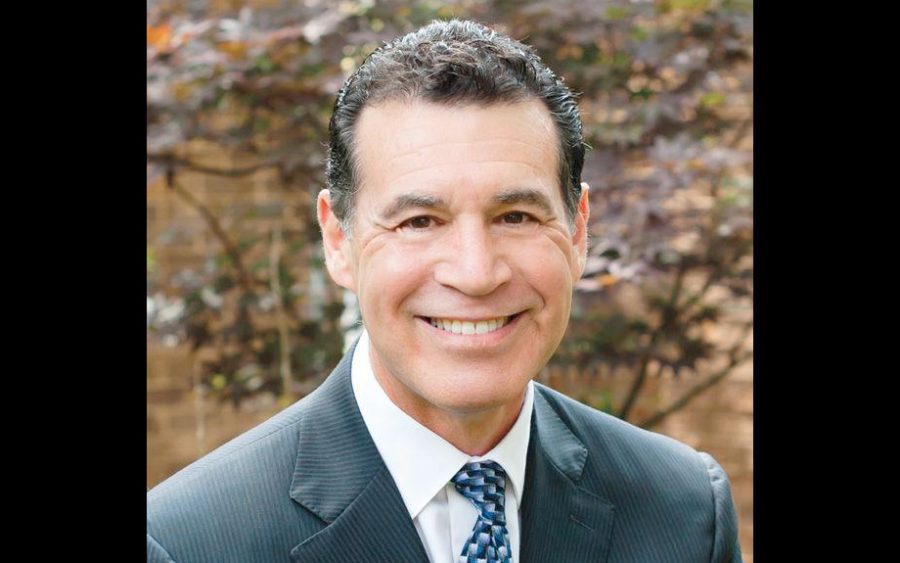 Cantor-Rabbi Ronald D. Eichaker serves United Hebrew Congregation and is a member of the St. Louis Rabbinical and Cantorial Association, which coordinates the weekly d’var Torah for the Light.

Overheard at a store checkout line:

“Ya know, I can predict the score of the next Cardinals game before the first pitch.”

“You can make a ton of money betting on games. What’s the score?”

And so, this is a way that others can manipulate people into believing that they have all the answers or are the “only ones” who can casually predict outcomes. You see, “they” are not powerful in and of themselves. “They” are empowered by others to become agents of their lives and futures with nothing more than unfounded yet convincing rhetoric.

Korach appears to have weaponized this ability in this week’s section of the weekly Torah reading. Parashat Korach (Numbers 16:1 – 18:32) contains the narrative rebellion of Moses’ and Aaron’s cousin Korach, Datan and Aviram, along with 250 of their followers.

Because we are looking at “numbers,” let’s look at the number of upstarts versus the entirety of the Israelites at this time. We see 250 seemingly well-placed people among the more than 600,000 in the census speaking out against the Mosaic leadership. Korach and his supporters are “just asking questions,” which incite these 250 to become caught in a spiral of negative biases, misinformation and dependence upon charlatan authorities to press their ill-informed agendas. The tragedy of their demise could have been prevented, of course. We are left with having to derive lessons in civility and comportment at a terrible human cost. Whether factual or not, this narrative culminates a suite of three lessons in healthy speech.

The title of this entire book, “Bemidbar,” contains the word dabeir, or to speak. When one took a vow of the Nazarite in Parashat Naso, one had to first speak of their intentions then put those words into actions. At the conclusion of their Nazarite timeframe, they were blessed through words of comfort and strength.

Parashat Behaalotcha shows us what happens when people engage in malicious gossip, as Miriam realized toward the end of this parasha.

Parashat Shelach Lecha reminds us about the misstatement of facts that can affect an entire population when the spies were punished for their inaccuracies.

Which brings us to Parashat Korach and the pinnacle of diseased speech. Each parasha gives us an example of the power of the word and consequences for either the use or the misuse of words.

We have experienced word-based assaults since two families pitched their tents within ear shot of each other since the dawn of the Agricultural Revolution. Today we see a continuation of the cycling and recycling of ways and means to persuade masses of people to assign others to serve as defenders of our truths and protectors from our fears. The power of words to sway people’s beliefs may lead some to become self-appointed guardians of the perceived will of an aligned polity, giving voice to an otherwise silent simmering of unfounded rage or misappropriated passion. Others sense a call to action and see themselves as soldiers of deftly veiled virtues.

The past couple of weeks we have seen how words that have been crafted to protect or defend our constitutionally granted abilities to learn, grow, create or procreate have been interpreted and voiced in such a way as to challenge our desire “to form a more perfect union.” Or HaChaim on Genesis 1:1:49 speaks to the nature of well-formed words when it says: “And it is the power of the perfect ones [words] to change matter into form.”

Words in and of themselves are simple acoustic disturbances that can transform thoughts into action. Written words can be defined through creative grammar or linguistic manipulation. We as the listener or the reader must have the means to determine whether words are authentic to our own learned values or global sentiments through responsible wordsmanship.

Korach must have been quite the charismatic character to be able to muster such a passionate core of dissenters. His rhetoric had to have been powerful enough to influence 250 dedicated adherents to a new contract with the Almighty, only to abort their loyalties to the Almighty and Moses in favor of some conspiratorial theories and egocentric projections.

For a brief moment, Korach and his nostalgic minority could not find any traction among the people, and they were silenced in the most dramatic and exemplary of ways. Korach’s words, now a part of our Torah text, I feel, reminds us, every year, to carefully weigh the consequences of our words, however casual they may seem. And should our words be crafted in such a way as to elicit fear or incite violence, let us remember to recognize the consequences that are in front of us today and the unintended consequences that only the future holds.

The Book of Proverbs was compiled in approximately 400 BCE. It contains about 1,000 years of moral, ethical and civil standards for everyday life and communal interactions. I recommend strongly that you read Chapter 18: 1-21 and keep all the world events in the back of your mind and try to align those events with the cautions provided in the Book of Proverbs.

And, when you get to verse 21, you will find the word b’yad translated to mean “in the power.” While contextually accurate, I would like to translate this word to be more direct and saying “with or in the hand.” Say this verse out loud three times and remind yourself that this verse existed before 400 BCE:

Cantor-Rabbi Ronald D. Eichaker serves United Hebrew Congregation and is a police chaplain. He is a member of the St. Louis Rabbinical and Cantorial Association, which coordinates the d’var Torah for the Jewish Light.