D’var Torah: A ‘word’ about inclusion – and leadership 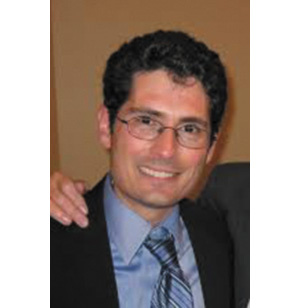 In late June, I noticed that Congregation B’nai Amoona had been selected to receive the prestigious 2013 Ruderman Prize for “Radical Inclusion,” recognizing B’nai Amoona for excellence in inclusion, connectivity and community building.  Rabbi Carnie Shalom Rose said, “We are honored, humbled, blessed, and affirmed by this recognition.”

I wanted to add my personal congratulations.

Inclusion only matters if it is radical.  “Inclusion” that turns out to be only about those already on the inside, or “inclusion” that does not seek to break down barriers to the scorned and the spurned — in this case, people with disabilities — is just exclusion in disguise.  I know these are bold statements but I think that Rabbi Abraham Joshua Heschel would agree.  It’s probably significant that B’nai Amoona has a Heschel Society.  B’nai Amoona has worked hard to make its bimah accessible all the way to the sidewalk for walkers and wheelchairs, to provide listening assistance for people with hearing impairment, to live stream programming over the web for those with difficulty traveling and to make accessibility a theme for b’nai mitzvah for young people of all abilities.

Jay Ruderman of the Ruderman Family Foundation said this year’s winners are organizations that were not disability oriented but made inclusion a priority. He said that they are shining examples of what can be done and accomplished when deciding that inclusion is important and significant.

That’s the point: Deciding that a value such as inclusion is significant enough so as to devote sufficient resources to it in order to accomplish something.  Any person, any organization or any congregation can lay claim to inclusion, to being a warm, welcoming community or being open to all — and many do — but such words mean little without setting priorities and budget lines (!) to match.

Which brings us to our parashah, our weekly Torah portion: D’varim (Deuteronomy, 1:1-3:22).  As usual the portion takes its name from its opening phrase: eleh ha-d’varim, “these are the words” – which Moses spoke to the Israelites in the wilderness in the Aravah…eleven days from Horeb by way of Mount Seir to Kadesh-Barnea. (Deuteronomy 1:1)  Not just this portion, but the whole book of Deuteronomy recounts Moses’ farewell address to the Israelites.  It’s hard to believe now that when we were first meeting Moses, back in the early chapters of Exodus, he could describe himself as “lo ish d’varim anokhi,” “I am not a man of words…for I am heavy-mouthed and heavy-tongued.”  (Deut. 4:10) Perhaps that was once true. But by now Moses is truly ish d’varim – a man of words, the man of Deuteronomy, the central player of the drama, the orator par excellence, and the still-unquestioned leader.

It isn’t long before Moses begins to recount his own struggles with leadership of this nation. (“O, how can I carry by myself your trouble and your burden and your disputing?” Deut. 1:10; “And you did not want to go up and you rebelled against the Word of the Lord your God.  And you grumbled in your tents…” Deut. 1:26-27)

For the past forty years, ever since that moment at the burning bush when Moses is even reticent with God, he has not shied away from a fight. With God’s help, Moses has faced down Pharaoh and lesser external enemies like Sihon, King of the Amorites, and Og, King of Bashan (Deut. 1:4) as well as internal critics like Korach and his company (Numbers 16:1-18:32).

Balaam, the enemy of Israel, utters sweet words of blessing.

Moses, the greatest friend, supporter, champion, leader and advocate Israel has ever had, utters harsh words of rebuke.

When an enemy praises you, you know the praise is authentic.  When your friend criticizes you, you can be sure the criticism is true.

Moreover, real leaders like Moses never shrink from a fight.  (One of the finest leaders anywhere in the Jewish world told me, “if you’re not in a fight you’re not leading anything.”) The best leaders make hard decisions; back them up, and defend the priorities that they have set.  So, real leadership means unflinching honesty including and maybe beginning with oneself.

Making one decision means that not making other decisions.  Once a congregation like BA decides it will be inclusive by spending money to make the bimah accessible, that money cannot be spent on other priorities, however worthy those may be.  Once the Israelites commit to leaving Egypt, they cannot also have its luxuries — no matter how much they might miss them in the wilderness.

That word that opens our parashah and our fifth, final, and maybe greatest book of our Torah — d’varim — means so much.  It means words, statements, and things.  Without changing a single letter but only a single vowel, we could vocalize it as d’vorim — bees.

Sometimes real leadership hurts, like a bee’s sting.  Sometimes inclusion is hard as knocking down a hornet’s nest.  When it comes to leadership and when it comes to inclusion, there is no honey without the occasional bee sting.  But the rewards of leadership and of inclusion are like words of Torah: sweet as honey on our tongue.  Here’s a salute to Rabbi Rose and the lay leadership of the B’nai Amoona.  As we dip our apples into honey this coming new year, may all our congregations be blessed with such courageous and effective leadership in service of inclusion to the honor of our entire Jewish community.