Do something: Hear the call and take action 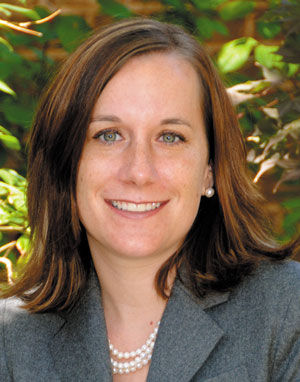 Vayikra – And G-d called to Moses …  This week, as we begin the book of Vayikra/Leviticus, the relationship between G-d and the people begins to expand, as do the relationships between the people themselves. We shift from a narrative about others and move into a call to action.

Vayikra: G-d calls to Moses but, more specifically, to the people, telling them to offer korbanot (sacrifices).  Korban means to draw close or draw near, the idea being that it was the action, the act of offering a sacrifice, that would draw the person closer to G-d.

And, later in Vayikra, we are called on to be holy – and it seems that what this has to do with is the relationship or the actions between individuals that will seemingly draw the community closer to one another; “love your neighbor as yourself, do not stand idly by, do not place a stumbling block.”

Connecting to G-d and connecting to the community in Vayikra/Leviticus is not passive, but rather active. We are called upon to act, to do, to participate. We cannot merely stand on the sidelines and wait for the experience to come to us; we have to act, we have to do. It is as if parashat Vayikra and in fact, the book of Vayikra, is telling us, “You get out of it, what you put into it.”

Think about it. How often do we wait for that profound “aha” moment with G-d or even within Judaism to happen? We assume that it will just “come to us” or happen to us. And yet, Vayikra puts us in the position of having to act first, of having to acknowledge G-d, acknowledge others and acknowledge our own behavior.

Vayikra lets us know that to be Jewish, to be in relationship with G-d, means that you have to do — that being in a relationship isn’t passive but rather active.

We cannot sit back and wait for life to happen to us but rather we have to be in control. We have to act. It is in our actions, in our doing, in our being the best people that we can be, that we draw ourselves closer to G-d and create the holy community that we are being called upon to help create.

Vayikra: Hear the call, take action, do something to bring yourself closer to G-d and to the Jewish community.