Confronting the threat of Amalek 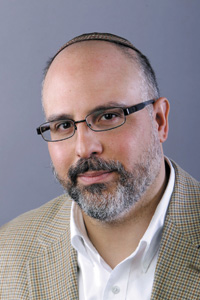 Rabbi Hyim Shafner serves Bais Abraham Congregation in University City and is a member of the St. Louis Rabbinical Association.

This week’s Torah portion, Tetzaveh, almost always falls during the week of the holiday of Purim, which this year will be Wednesday night, March 4, and Thursday, March 5.  Purim was the day 2,500 years ago in Persia when Haman tried to annihilate all the Jews and Queen Esther saved them.

Haman was a descendant of the ancient Amalek people, a nation that the Bible tells us was the first to attack the Jewish people in the desert when they came out of Egypt.  Amalek began its attack from the back of the Israelite camp against the weak and the stragglers.

The Torah, discussing Amalek, says: “There will be a war between G-d and Amalek from generation to generation.”

Periodically throughout history, Amalek  attempts to destroy the Jewish people, and yet the Jewish people survive with G-d’s help, defying all historical precedent and surviving, often without a land or the world’s support.

Amalek’s attempts to destroy the Jewish people are different from some of the other nations’  that have persecuted us.  Amalek attacks the Jews because they are Jews.  Not to convert them or expel them, but seemingly without reason; perhaps, as the Torah says, as a perpetuation of the primordial war of good and evil, of the Jewish people and Amalek, forever battling for the soul of the world from generation to generation.

Many saw in the Holocaust the mark of Amalek, the destruction of the Jewish people only to rid the world of us and what we stand for, as the Nazis put it in the final solution, to make the world judenrein, free of Jews.  In fact, the Talmud, an 1,800-year-old book of Jewish law and tradition, states that Amalek is Germamia (an Aramaic word for Germany) and that: “If they would be allowed to, they would destroy the entire world.” (Talmud, Megilah 6b)

On this Shabbat and on the holiday of Purim, we celebrate not only the saving of our bodies from Haman, but something deeper.  The mystics tell us that we must engage in this war between Amalek and the Jewish people, between the desire to come close to G-d and the desire, as the German philosopher Nietzsche put it, to make one’s self G-d at all times and in all places.

As the 94-year-old Hassidic Rebbe of Tosh, a large Hassidic community outside Montreal, writes (Avodas Avodah 245):

We are commanded in the Torah to destroy Amalek and its progeny.  This refers to the power of Amalek which also lies in the heart of every Jew.  This power of Amalek is the negative force which renders our hearts cold against the passion and desire to connect to G-d.  This is the war between G-d and Amalek from generation to generation.  In every generation, we must battle the power of Amalek and inspire in its place the knowledge of holiness that Moses taught us, which lies within us, to serve G-d with passion and connection.   This is our mission this Shabbat and this week of Purim.

May we all merit this Shabbat and this week of Purim to truly win the war within each of us between the holy and the unholy, between G-d and Amalek, and bring this light to the entire world.  Shabbat Shalom.