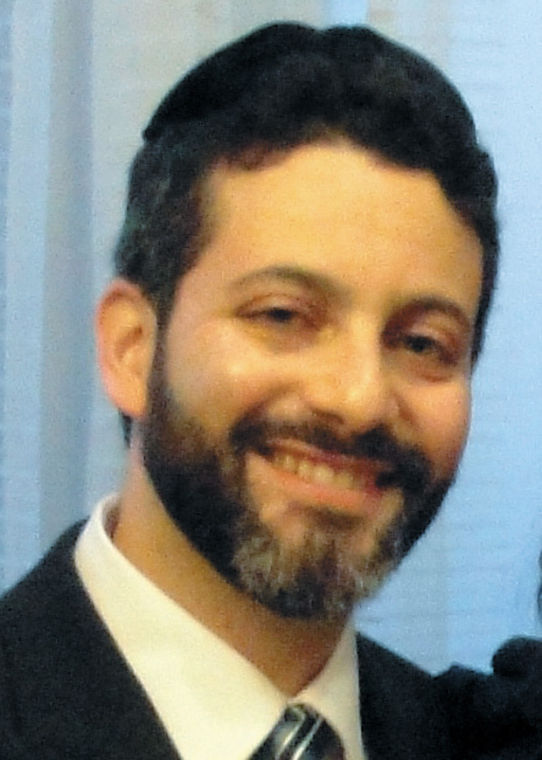 Rabbi Shlomo Soroka is Associate Dean and Executive Director of the St. Louis Kollel. His work focuses on Jewish unity and continuity through Torah education and serves the entire spectrum of the St. Louis Jewish Community.

The Passover seder remains the most universally practiced Jewish holiday custom. More Jews attended a seder last year than attended services on Yom Kippur. Why is that? Is it because Jews prefer eating matzah balls rather than fasting and long services? Perhaps, but I think the reason is more meaningful and profound.

After reciting kiddush and washing comes karpas; we take a vegetable and dip it in saltwater before eating it. Soon after, the children ask the “Mah Nishtanah”; the four questions. The third question wonders why on other nights we don’t have a custom to dip even once and on this night we dip twice; once by karpas, and later, the marror (the bitter herbs) is dipped in charoset (a mixture of apples, nuts, wine and spices).

As a child, I would always conclude (as I had been taught in school through many rehearsals), “Father, please answer my four questions.” I received a lollipop and an ovation for my recital, and reveled in all the family kvelling. But never did I care to notice if my father answered all four of my questions. Now that I look back, it seems at least one was not.

So what is the answer? The Shulkhan Arukh (Jewish Code of Law) says that we dip just to attract the attention of the children and generate questions. By piquing their interest, they become more fascinated in hearing the ensuing narrative of the Exodus. At first glance, it is hardly a satisfying explanation. Couldn’t the seder inventors have conceived of an even odder attention grabbing ritual to do? And, is the answer really just, “We don’t dip twice for any reason other than to get you kids to ask the question”?

Rabbi Yoseph Hayyim (1832 – 1909, Rabbi of Bagdad) explains that within the story of the Hagaddah lies the real answer to this question. The decent of the Jews to Egypt began with Jacob’s sons’ hatred of their brother Joseph and their subsequent selling him as a slave to merchants going to Egypt. After years of servitude, followed by many more of wrongful incarceration, Joseph rose to prominence as viceroy of Egypt. When a global famine threatened the survival of his family, Joseph sponsored the emigration of his family from Israel to Egypt but after his death, Pharaoh enslaved all the Jews.

When Joseph’s brothers first abducted him, they dipped his multi-colored coat in blood to fool Jacob into thinking that Joseph had been mauled to death. This coat was a gift from Jacob as a display of the unique affection that he had for Joseph and was therefore emblematic of the brothers’ jealousy. Dipping it in blood was also a symbolic demonstration of how the jealousy and hate resulted in slavery not just for Joseph, but ultimately all the Jewish people in Egypt.

Centuries later there was a second dipping. Before the redemption, G-d commanded the Jews to dip a bundle of hyssop into blood and smear it on their doorposts. The commentators explain that a bundle is a symbol of unity. This dipping symbolized a rectification of the sin that caused the exile in the first place. Because the Jews were able to unify despite their differences, they merited redemption. It is for that reason, says Rabbi Yoseph Hayyim, that we dip twice on seder night. We commemorate the dipping that caused the exile and the dipping that brought us out. Simply fascinating.

Perhaps the reason given by the Shulkhan Arukh and the Ben Ish Chai are really complementary. Genuine unity is not about commonalities and shared interests. It’s not the absence of differences, but rather not allowing those differences to weaken mutual commitments. Most hatred and bias is a byproduct of misunderstandings and ignorance. It’s symptomatic of a lack of communication. Had the Tribes questioned their father directly (respectfully of course), and had they communicated with Joseph, things could have turned out differently. We dip twice to generate questions and facilitate discussion. If we talk to each other and hear each other we can come to love each other. That’s what brought about the redemption and what the seder is all about.

I recently heard a quip that 1.2 billion Catholics can agree on one pope, but a small group of Jews can’t agree on who to hire as their new rabbi. It’s part of our Jewish nature to have disagreements and different opinions. Some of these issues are of critical importance that we are very passionate about. We don’t have to agree on everything, but we can’t let our disagreements get personal. We can’t afford to. Our dedication and love for all fellow Jews has to be unconditional. Who hasn’t ever had a strong disagreement with his/her parents or children? Yet, we understand that the bond of family love must transcend any family friction.

Perhaps this is why the Passover seder remains the most celebrated Jewish holiday ritual. Our families get together in a display of commitment to the core value of Judaism: the recognition that we all are one big family and it was only through the merit unity that we were redeemed from Egypt and became an independent and free nation.

“The unity of freedom has never relied on uniformity of opinion.”