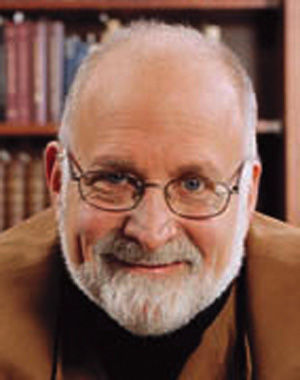 Henry I. Schvey is professor of drama and comparative literature at Washington University in St. Louis.

So, let me understand this correctly: We have a president who has now generously decided that the United States should recognize Jerusalem as the capital of the State of Israel and move its embassy there. According to Israeli Prime Minister Benjamin Netanyahu, we should celebrate this action as a clear demonstration of Trump’s great courage and his support; the Jewish people “will be forever grateful” to his generosity in recognizing our ancestral homeland. OK — I think I get it.

But how can I connect this rare act of “tzedakah” to this president, who:

• calls our neighbors, the Mexicans, rapists;

• desires to build an enormous wall to keep out foreigners;

• on Holocaust Remembrance Day failed to actually mention the six million Jews who died in the Holocaust;

• observed there was “blame on both sides” after a Nazi rally in Charlottesville, Va.;

• pretended he had not heard of David Duke during his presidential campaign;

• mocked a journalist with cerebral palsy;

• repeatedly threatened to “lock up” his opponent;

• threatened not to acknowledge the results of the election unless he was “treated fairly” and declared the winner;

• repeatedly sided with authoritarian rulers around the world (including Vladimir Putin) and slighted our western democratic allies;

• has deliberately and systematically eviscerated the State Department and our diplomatic service;

• falsely claimed he saw Muslims rejoicing on 9/11 when there was no evidence to support it;

• recklessly tweeted a video about a “Muslim” attacking a Dutch boy that was demonstrably false;

• has been accused of sexual harassment and abuse by more than a dozen women;

• tabbed his son-in-law, a man with absolutely no diplomatic service experience, to lead our peace efforts and broker peace between Israel and its Arab neighbors.

Yes, I understand completely. Trump has offered a sublime gift to Israel. Tzedakah. He has decided the United States should recognize Jerusalem as Israel’s capital, and has been seconded by his similarly inflexible comrade, Netanyahu. As American Jews should we now imagine that our president is really proposing something to benefit Israel —or even America? Or is this yet another obvious ploy to stoke his shrinking base, especially an evangelical core that believes less in Jerusalem’s symbol as the sacred home for the Jewish people than the site of the Christian Rapture?

In the nearly 11 months since taking office, there has been one single constant in the Trump presidency, and it is not tzedakah. It is demeaning others, demagoguery, increasing his own (and his children’s) wealth, and consistently flouting international norms. There is nothing even remotely suggesting care or service in his soul. The decision to advocate for Jerusalem is just another self-serving scam; only this one, unlike Trump University, Trump Water, or Trump Steaks, will cost Jewish lives.