Come together to save lives, give hope 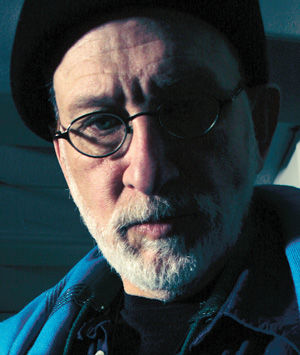 As I write this, President Barack Obama is signing his last major bill into law, a $6.3 billion medical research bill devoted to cancer and other diseases. Attached to the legislation is a strategy to take on the nation’s mental health crisis.

The 21st Century Cures Act, approved in the Senate by a 94-to-5 vote in early December, was passed in the name of Vice President Joe Biden’s son Beau, who died of brain cancer. It’s been called the “Beau Biden cancer moon shot.”

The law also authorizes seven years of funding for other health-related initiatives: $1.5 billion for a brain research initiative; $1.4 billion for precision medicine; and $1 billion for substance abuse treatment targeting heroin and opioid addiction, which has become epidemic.

These initiatives “save lives, and give people hope,” Obama said.

Several years ago, I served as president of the St. Louis Rabbinical Association. At the first meeting I presided over, I asked my colleagues: How many of you feel a greater urgency among our people in life challenges associated with mental illness and/or substance abuse? Every head nodded yes.

It was then we decided we needed to get up and do something more than we had been doing. The association launched a project, and this year we secured a small grant that was designed to do two things.

First, to educate ourselves, the members of the Rabbinical Association, on problems associated with mental health, mental illness, substance abuse and suicide. Our goal is to be better prepared because we are often the entry level contact for a person or a family looking for relief. We had better know what to do.

Second, to break the stigma in our community around the subjects of mental illness, substance abuse and suicide, all of which intersect in the lives of the individuals and families we came to serve. We felt we could do better, and it begins with more talk, more often, on the problems associated with mental illness and mental health.

We designated the last weekend in January and asked our congregations to devote time that weekend or another close to that weekend to lift up awareness of mental illness and mental health issues.

We created materials, offered speakers and scheduled an open meeting to cap the effort. That meeting will be held from 2 to 3:30 p.m. Sunday, Jan. 29, at the Jewish Community Center’s Arts and Education Building, 2 Millstone Campus Drive.

The more we do this together, the greater the role we play.

Ultimately, it’s about saving lives, which is what the president said when he signed the 21st Century Cures Act. That’s also what the St. Louis Rabbinical Association had in mind when we planned our program. Please join us. For more information, call 314-222-9864.