Carl Reiner was funny, wise and a true mensch 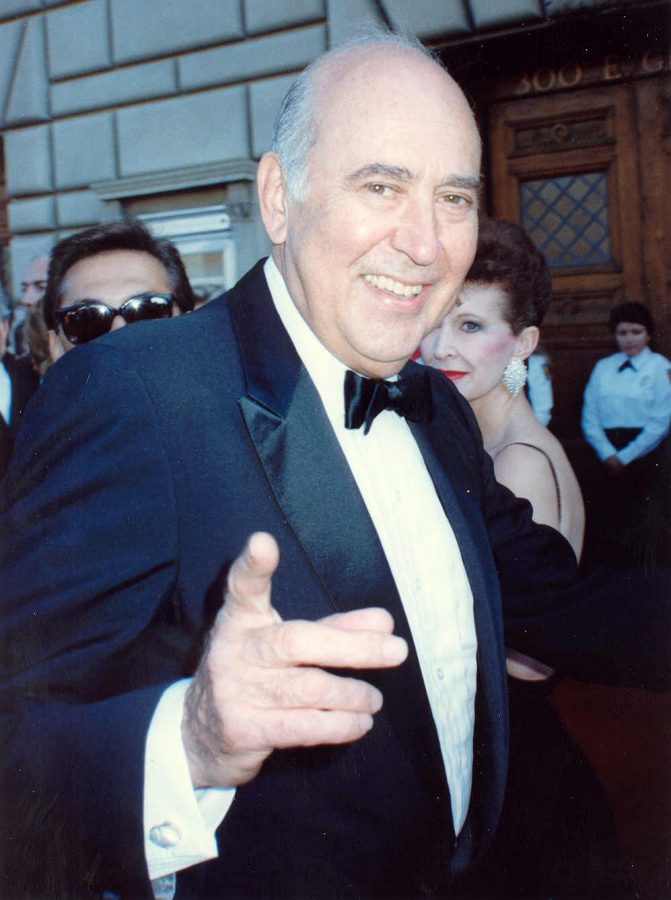 Although legendary funny man Carl Reiner enjoyed a very full life in which he was amazingly successful in every medium, his passing last week at the age of 98 left our already cloudy world even darker. With the COVID-19 pandemic growing worse and with deep divisions making needed compromise almost impossible to achieve, it is very challenging to find things to smile about, let alone to laugh out loud the way we did with  Reiner and his best bud Mel Brooks doing their immortal “2,000 Year Old Man” routines.

So how would Reiner give us the gift of laughter during this gloomy period? He showed us how to strike that balance right here in our hometown when he was the keynote speaker at the Jewish Book Festival on Nov. 4, 1995.

We were excited to have the comedic superstar to regale us with his treasure trove of jokes and anecdotes from his decadeslong career in radio, TV, film and on Broadway.

Seven thousand miles away in Tel Aviv, on the same day Reiner was in St. Louis, Israeli Prime Minister Yitzhak Rabin was assassinated by a religious fanatic just after the Israeli leader delivered a hopeful speech on the possibility of a peace deal with the Palestinians.

Without Rabin, one of the most effective military and diplomatic leaders in the history of Israel, the peace deal foundered and later collapsed.

So how would the Jewish Book Festival go on with a comedian only hours after the murder of the admired and beloved leader of the Jewish State?  Should the program be canceled? It was too late for that. Should there be an impromptu memorial service, or should we obey the show business tradition that insists, no matter what, that the show must go on?

As if by bashert, Reiner had a direct experience that closely paralleled the dilemma he faced in 1995. Fifty years earlier, he was serving in the Army in the Pacific during the closing months of World War II. He was to host a USO variety show in Hawaii on April 12, 1945, and that afternoon came the shocking news that President Franklin D.  Roosevelt had died after suffering a massive stroke at his summer home in Warm Springs, Ga.

FDR, who had led the nation through the Great Depression and World War II, was gone. Reiner recalled that FDR would have wanted the show to go on. The GIs had earned it. And the show did go on, with singing, dancing and, yes, comedy and laughter!

So Reiner went on with his keynote speech at the 1995 St. Louis Jewish Book Festival.

As it turned out, the gathering was like a collective shiva call for the local Jewish community. When Jews are in mourning, they need to be with other Jews to pay their respects. Marty Oberman, then J president, asked those in attendance to rise for a moment of silence. Morris Sterneck, then Jewish Federation president, offered words of tribute to Rabin, with whom he had met in Israel only days before as part of a local delegation.

When Reiner at last got up to speak, he immediately put the audience at ease by sharing his own pain and anguish over the loss of Rabin. He recalled that “the show must go on” maxim  guided him to complete the taping of a “Dick Van Dyke Show” episode the afternoon of President John F. Kennedy’s assassination.

With that sensitive and brilliant introduction, Reiner eased the pain of the J audience and empowered those of us in attendance to gain at least a temporary respite from our deep sorrow. Everyone who was there will always remember Reiner not only as a comic genius, but also as a genuine mensch.

No doubt that Carl Reiner is doing stand-up comedy in the World to Come and is saving a front row seat for his true BFF  Mel Brooks!