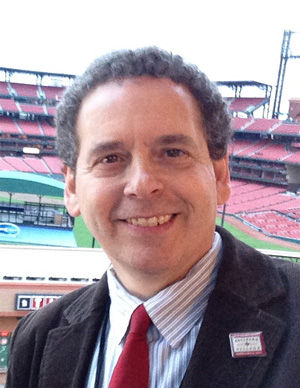 By Gary Kodner, Special to the Light

Last spring, many in the baseball media, along with “Back to the Future” enthusiasts, were predicting the Cubs’ first World Series appearance since 1908. In my opinion, the Cubbies lacked depth, another solid starter, postseason experience, mature players and defense. In this off-season, they checked all those boxes by signing Jason Heyward, Ben Zobrist, John Lackey, Dexter Fowler and Shane Victorino.

Alongside their strong core of young stars, they can now be considered the legitimate favorite. But let’s not forget that  the Cardinals won 100 games and another Central Division title without their ace starter, No. 3 hitter, first baseman and all-world catcher for parts of the season.

The Cardinals fell short of winning another pennant, primarily due to a lack of offense and a solid bench. Their pitching, despite the loss of Adam Wainwright and Jordan Walden, was stellar.

What transpired, however, was some bargain shopping that upgraded the team’s previously very weak bench/ acquiring players such as switch-hitting catcher Brayan Peña and versatile, power-hitting infielder Jedd Gyorko to replace backup catcher Tony Cruz and the light-hitting Pete Kozma is a huge upgrade.

The Cardinals ran out of gas down the stretch, in part due to meager bench support. Most recently, Mo, seeing unproved shortstop candidates in the absence of injured Jhonny Peralta, added former Met Rubén Tejada.

Mo added to his already stellar bullpen, bringing in Korean star closer Seung-hwan Oh. With closer Trevor Rosenthal, the reliable Jonathan Broxton (re-signed in December) and the return from an almost seasonlong injury of setup man Walden,this bullpen is the best in the league.

Starting pitching is still solid. Waino should return to full power. But the loss of Lackey and Lance Lynn may be hard to replace among their fragile starters. The free-agent addition of former Red and Giant Mike Leake to the rotation was a smart move. He is capable of taking up some of the slack and has good numbers against the Central Division. Everyone staying healthy is the key.

Here are my concerns going in to the season for the Redbirds: Can the starting pitchers stay healthy? Will the Cardinals young stars (Grichuk, Piscotty, Tommy Pham and Kolten Wong) step up and be the nucleus of an improved Cardinals offensive attack?

Waino, Matt Holliday, Matt Carpenter and Yadier Molina will give them leadership, experience and strength (if healthy). The loss of Peralta for half the season hurts, as we lose his steady offense and defense. Gyorko, brought in from the Padres in the Jon Jay deal, will see more playing time and could be a spark to more offense.

Who will emerge as the regular first baseman? Will we get improved offense from that position?

Will our Cardinals still be better than the Cubs? No. The North Siders will be very tough to beat. Will the Cardinals make the playoffs? Likely.