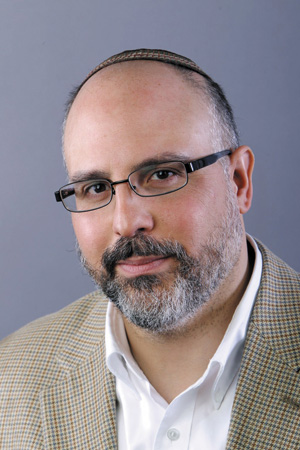 This week’s Torah portion, Pikudeh, the last in the book of Exodus, includes the completion of the Tabernacle, the moveable Temple that the Jewish people carried with them in the desert. After its erection, the Divine presence rests upon it in fulfillment of God’s Biblical promise: “Make a sanctuary for Me, and I will dwell among them (the people).”

One of the last verses of this portion and of this book of the Torah states: “And Moses could not enter the Tent of Meeting (the Tabernacle) because the Divine cloud rested upon it and the glory of God filled the tabernacle.”

This verse stands in stark contrast to an earlier verse that tells of Moses ascending Mount Sinai: “And Moses entered into the midst of the cloud and went up onto the mountain where he stayed for 40 days and 40 nights.” Why did Moses so easily enter the Divine cloud back on Mount Sinai, and now as the Divine cloud rests on the Tabernacle he can not enter?

If we look at what has taken place between the two episodes the answer will become clear, namely the worship of the golden calf. The people’s worship of the calf exiled the Divine presence from the Jewish camp. Subsequently, the Tent of Meeting, where Moses regularly met with the Divine, was moved outside the camp.

The Jewish people then repent and build the full tabernacle and, ultimately, the Divine presence does return to dwell in this new tabernacle among the people. Yet now, even after the Divine has returned, Moses’ relationship with God seems strained, he still can not enter the cloud of the Divine presence as before. Why not? God has returned to dwell among the Jewish people; surely God has also then forgiven them and things should be as they were before the sin.

The answer, I think, lies in the first verse of the next book of the Torah, Vayikrah, Leviticus. Immediately after we hear, at the end of this week’s portion, of Moses’ inability to enter the Tabernacle due to the Divine presence, the Torah writes, “And God called to Moses, and God spoke to Moses from the Tent of Meeting.”

Moses finds himself unable to enter due to God’s presence, and so God calls to him. God does not just speak to him but calls him first. He calls him to come close because Moses is unnecessarily distant. Moses thinks things have changed forever; that with the Jewish People’s sins, their and his relationship to the Divine is forever tainted. He feels distant; he is hesitant to merge with the Divine after there has been such distance, such sin. The Torah relates, not that Moses was forbidden to enter the tabernacle, but, lo yochol, he was not able, from his own self, to enter it So God calls to him. “Moses,” God says, “You can make up, you can reclaim your relationship to God even after there has been distance.”

I think we all often feel this way. Who are we to come close to God, we imperfect humans? Not so, says God. God calls us into the Tabernacle. In fact, say the mystics, it is precisely when God is most distant that we can find God most intimately.