Brexit has lessons for Europe and the U.S. 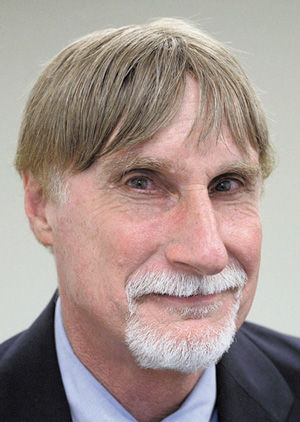 J. Martin Rochester, Curators’ Teaching Professor of Political Science at the University of Missouri-St. Louis, is author of 10 books on international and American politics, including  his latest book, “New Warfare: Rethinking Rules for An Unruly World.”

When the British people voted last June to leave the European Union, it was as shocking an outcome as the U.S. presidential election in November. On March 29, British Prime Minister Theresa May formally began the difficult process of negotiating Britain’s exodus from the EU, which is expected to take two years.  There has been much discussion of what the Brexit  decision means for the United Kingdom and the world. I suggest three takeaways from the referendum.

First, the British departure from the EU is one of the most earthshaking developments in world politics since the end of the Cold War. I put it right up there with 9/11. Why?

Even with its problems over the years, including the most recent tensions over the Greek debt and refugee migration crises, the European Union has been an island of stability contributing to world order. It has represented a noble, ambitious experiment in regional integration, serving as a model and inspiration for how erstwhile enemies, such as Germany and France, can bury the hatchet and become part of a “security community” – a political space where the probability of disputes being resolved through war is close to zero.

Very few thought such a project possible in 1945 at the end of World War II. Had someone forecast that by the end of the century Germany, France and much of Europe would share a single currency along with open borders, the prediction generally would have been dismissed as a utopian fantasy. Amazingly, the dream became a reality.

Now, it has been put at risk with the U.K.’s exit, with real concern that other member states that have had reservations about a “wider and deeper Europe,” such as the Netherlands and Denmark, may be tempted to follow the British lead. The U.K. itself may disintegrate, with the possible secession of Scotland along with new questions surrounding the status of Northern Ireland.

At a time when there is growing world disorder in the Middle East, East Asia and elsewhere, humanity did not need another major disturbance in the status quo, such as the shock to the world economy and security architecture resulting from the unraveling of European relations. The U.K. and EU will no doubt both survive but, at least in the short term, in truncated and weakened form, complicating dealings with the United States, Russia and other countries.

Second, while Brexit may be a sad, unfortunate occurrence, it is understandable why a majority of British citizens voted to leave. The vote was close: 52 percent for leaving, 48 percent for remaining. Many Brits have expressed second thoughts over how the divorce could negatively affect them. For example, almost half of all U.K. exports go to EU countries and could well lose the unfettered access to the EU single market they now enjoy. London’s role as a financial capital also could be jeopardized. Still, clearly the referendum reflected mass dissatisfaction with the EU and with elites viewed as out of touch with average folks.

Among the 28 member states in the EU, Britain has always been the most resistant to relinquishing sovereignty to the European Commission, Court and other EU institutions, evidenced by its opting out of the Eurozone (the U.K. still has its own currency) and the Schengen area (the U.K. still has border checks).

Prime Minister Margaret Thatcher, in a speech to the College of Europe in 1988, warned against the EU becoming “ossified by endless regulation.”

“We have not successfully rolled back the frontiers of the state in Britain, only to see them reimposed at the European level with a European superstate exercising a new dominion from Brussels [the EU headquarters],” Thatcher said, referring to the EU becoming a welfare state writ large.

Likewise, London insisted that the 1993 Maastricht Treaty, which transformed the European Community into the European Union, substitute the phrase “ever closer union” for the “F-word” (“federation,” which some member states preferred but the British felt encouraged overcentralization).

The British have chafed under the weight of top-down regulations increasingly imposed by unelected EU bureaucrats. When Brussels sought to require all EU states to standardize their consumer products from toilets to condoms, the British objected that this would eliminate the beloved British pull-chain toilet invented by Thomas Crapper and that the proposed one-size fits-all European condom would not fit the average Brit.

Many objected as well when the European Parliament adopted a resolution supporting the European Court of Human Rights ruling that British parents no longer could use corporal punishment when disciplining their children.

Loss of control and loss of national identity combined with job losses to foster anti-EU sentiment among many elements of the British public. Under EU rules, any citizens of EU member states are free to enter the U.K. to look for work and can qualify for unemployment and other benefits. At a time of economic recession, the tide of immigrants recently flowing into the EU from the Middle East and Africa only exacerbated working-class concerns about the diversion of jobs and resources to foreigners.

This leads to my third takeaway, one that offers lessons for the United States.

There has been much criticism of the Brexit vote as reflecting xenophobia in British society, fed by right-wing politicians. No doubt that is partly responsible for the outcome. However, it is also a commentary on what can happen when elites ignore their publics – ignore democracy – and “forsake their countrymen” (Peggy Noonan, Wall Street Journal, 8/13/16) and “spit on the masses” (Gideon Rose, Foreign Affairs, March/April 2017).

When elites equate legitimate concerns of the people with bigotry, we get Donald Trump. The French almost got National Front candidate Marine Le Pen, who lost the presidential race in a runoff election May 7 but, in an election with the highest abstention rate since 1969, doubled the vote total her father’s party received in 2002.

What the left here and in Europe has failed to understand is that the liberal project – globalization along with promoting diversity, inclusion and empathy for the disadvantaged of the world – has affected working people the hardest.

Although there is much to be admired about this project, it arguably has been carried too far. Leaders such as German Chancellor Angela Merkel and former President Barack Obama pushed policies that ignored not only economic fallout but also national security and national identity concerns among their citizenry.

Merkel, for example, ordered one German town of roughly 100 people to take in a thousand Middle Eastern refugees and the country as a whole to take in nearly a million; Obama ignored the rule of law in his accommodation of sanctuary cities and illegal aliens. Not surprisingly, a wide swath of the body politic expressed its disapproval.

Cosmopolitanism is fine. But so is nationalism, if by that is meant not nativism, but pride in one’s country, its achievements and its democratic institutions.

As Walter Russell Mead has written, “ ‘Nationalist’ Shouldn’t Be A Dirty Word” (Wall Street Journal, May 3).

Hopefully, after what is likely to be a rocky couple of years, Britain and Europe will find a way to reconnect. And populism will become less popular as we will all learn some valuable lessons from Brexit.