Ashamnu: A meditation on immigration for Yom Kippur 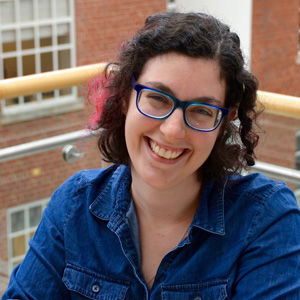 Indeed, we and our Jewish community have sinned.

We have become guilty of ignoring pleas of detained and separated families; instead, we have prioritized personal and political comfort in our homes and synagogues. Though we have historically survived from being offered refuge, we could not make time or space to open our community buildings as sanctuaries.

We have betrayed our Jewish commitment to work consistently for justice; instead, we have desisted from this work. We have claimed that others are doing this work already, that we are not needed or necessary.

We have stolen the memory of parents’ faces from their children; instead of speaking out, we have fallen silent for fear of wealthy, influential donors leaving our institutions. We have insisted that our current reality ends at the bimah, and we have felt moral leadership was too divisive for our congregations.

We have slandered the deep history and present of immigration to this country; instead of honoring and welcoming our varied and diverse ancestry, we have whitewashed the memories of our peoples, many of whom traveled here as refugees, documented and undocumented immigrants.

We have corrupted others into condoning silence; instead of having courageous conversations, we fearfully shied away from calling our family and friends into active compassion.

We have taken advantage of those weaker than us by doing strictly charity work in our Social Action committees. While charity has its place, we have clung to this strategy alone, a salve for society’s deep-rooted injustices, instead of committing to advocacy and activism led by impacted communities.

We have allowed our government to return people to countries where their lives are threatened, to round up families and neighbors often just by the color of their skin, to force toddlers to defend themselves in court. Sometimes, we have commented, but we have not followed up with powerful, coordinated action.

We have considered ourselves different from other people who do not act; we have clung to our victimhood as a reason to stay silent, rather than employing survivorship as our impetus for fighting for justice. We have sought out utter perfection and complete resonance in justice movements, using any small differences in opinion as reasons to stay home, to refrain from lending our voices and bodies in solidarity. We have felt that this prayer is not about us, particularly, and we denied our culpability and complicity.

We have gone astray, and led others astray, from our Jewish values of righteousness, justice, and community.

We must find our way back.

Anna Dardick is a St. Louis native with a deep love for engaging with social justice, especially from a Jewish lens. Currently living in New York, Anna works with #VOTEPROCHOICE to support pro-choice candidates nationwide and bring about a world where everyone cannot merely survive, but thrive. In her spare time, Anna helps Jews connect and commit to immigration work via the Facebook group “Jews for Immigrant Justice.”