After Trayvon Martin case, a time for soul searching 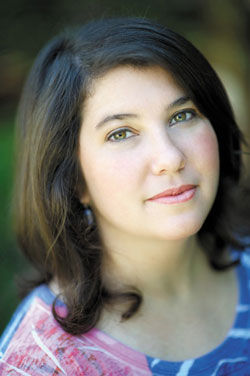 Laura K. Silver is a trustee of the Jewish Light who writes a blog for the paper’s website (stljewishlight.com/laura).  She owns The Paper Trail of St. Louis, a financial and legal concierge service. Laura is married and the mother of two middle school age children.

Back in college, I had a sociology professor who began every semester with something to this effect:  “I am a racist, sexist, homophobic, Christian-biased white male. Every day, I am exposed to images in the media–advertisements, news, television shows, movies, the list goes on. I cannot live in this country without daily reinforcement of this on a subconscious level.”

I was a teacher’s assistant in his class and I would look around at students as he said these words, watching their reactions. Some cringed.  Some looked shocked. Others just nodded in agreement.  In the years that have passed, I think back to that lecture from time to time and realize how accurate those words still are.  Like it or not, the media does influence our thoughts.

Over spring break, I spent time in Utah where the crime rate is relatively low. The nightly news was far different than ours. One evening, the lead story was about a woman whose purse had been stolen out of her car while she visited her son’s grave. She was asking the person to return it, no questions asked, due to the sentimental things inside. In St. Louis, by contrast, our daily news is filled with stories about murder, bodies being discovered in trash cans, shootings.   Were I to live in Utah full time, I am sure my thoughts on crime would be far different than they are today.

I relate this story by way of example. As parents, we worry about exposing our children to violent video games, mass shootings, bad language.  But what about all of the subconscious messages they receive daily just by looking at billboards or watching TV?  I’m afraid that if these images don’t change, we are on a path of continued divisiveness and intolerance in our nation.

The Trayvon Martin case has brought this to the forefront of our minds. The case has created a chasm between those who believe that race is an ever-present issue and those who feel that it isn’t.  Regardless of our feelings of justice or injustice in this particular case, I believe that we, as a society, need to do some soul searching and answer the next logical question:  How do we protect other young men of minorities from a similar fate?

And, with my professor’s words still haunting me, the question after that:  What subconscious messages are our children—all of our children—absorbing from this?