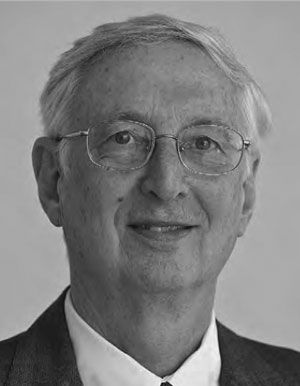 Sheldon Roodman, a St. Louis native who for 30 years led Chicago’s Legal Assistance Foundation with a team fighting discrimination in housing, employment and public programs, died of prostate cancer Jan. 25, 2016, in Fort Sheridan, Ill. He was 74.

Mr. Roodman began his legal career as a Bigelow Fellow at the University of Chicago Law School, followed by a brief association at a major Chicago law firm.

In 1969, he decided to switch from private practice to public-interest law and started with LAF (formerly the Legal Assistance Foundation of Metropolitan Chicago). By 1977, was its executive director, a position he held until he retired in 2007.

During the 1980s, Mr. Roodman was on the national board of Legal Services Corp., where he fought to maintain funding in the face of proposed budget cuts.

Two of the most important cases he argued reached the United States Supreme Court (Edelman v. Jordan and Quern v. Jordan) and dealt with the rights of a class of aged, blind and disabled welfare applicants. The Supreme Court decisions clarified the scope and application of the 11th  Amendment to the Constitution.

Stan Roodman, Mr. Roodman’s brother, told the Jewish Light: “Shel’s distinguished career affected many in the legal field, but more so the thousands of poor or disenfranchised people who received legal assistance and their rights they otherwise would not have been able to attain. He was a humble, wise and learned man.”