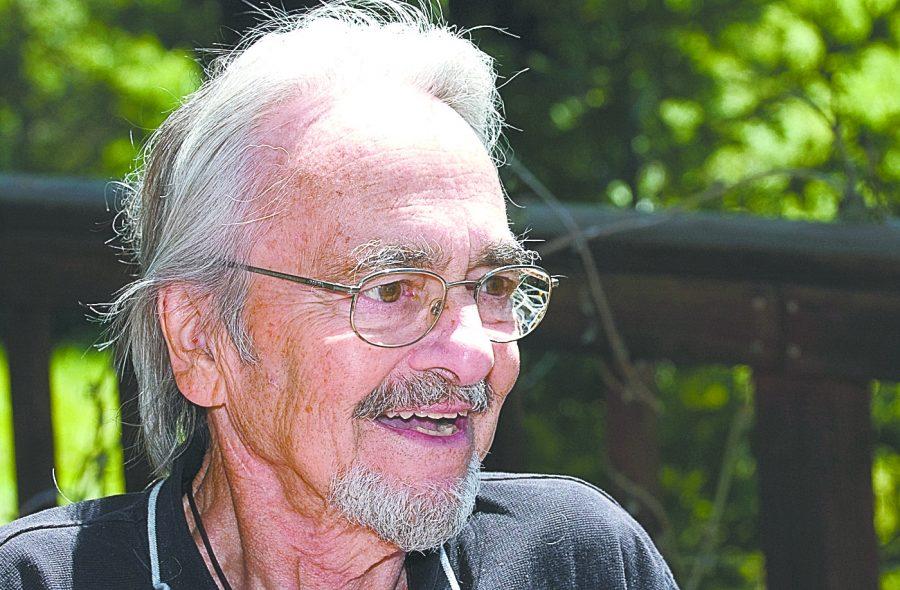 Original: The Union photo/John Hart Sam Dardick founded FREED and a Nevada County Supervisor on his deck that over looks a pond on the San Juan Ridge area last Thursday morning. Published: The Union photo by John Hart Sam Dardick, a former Nevada County Supervisor and founder of FREED Center for Independent Living, chats on his deck overlooking a pond on the San Juan Ridge on a recent morning.

Sam Dardick, died May 31, 2011. Born in 1933; husband of Geeta; father of Caleb (Carolyn) Murphy of Berkeley, Ca, Josh (Cynthia) Dardick of Lincoln, Ca. and Samantha (Joel) Mier of Richmond, Va.; grandfather of five; brother of the late Malcolm (Doris) and Stephen (Marilyn) Dardick; brother-in-law of Susie (Dr. Gordon) Philpott and Sally Joughin. He was the former Nevada County Supervisor in northern California, being elected twice because of his political activism on environmental and social justice issues. He got polio at the age of 13 and hospitalized for two years. A paraplegic, he became an All-American wheelchair basketball star with the St. Louis Rolling Rams. He attended University City High School, elected school president, and graduated with a degree in architecture from Washington University. He taught city planning at both Washington University and St. Louis University. In 1960 he received his Master’s degree in City and Regional Planning for U.C. Berkeley. As University City planner, he developed the concept for the Delmar Loop, which is now considered one of the ten best streets in America. In the mid-1980’s, he founded FREED, (the Foundation for Resources for the Equality and Employment of the Disabled), the first independent living center in northern California, which still serves thousands of people with disabilities in the Sierra Nevada foothills. An ardent activist, he fought for disability rights in Sacramento and Washington, D.C. where he participated in the struggle to pass the historic Americans with Disabilities Act. As a wheelchair athlete, with a passion for basketball and tennis, he helped start the county’s wheelchair sports programs. Contributions to FREED Center for Independent Living, 117 Mohawk Road, Suite A, Nevada City, Calif. 95959.