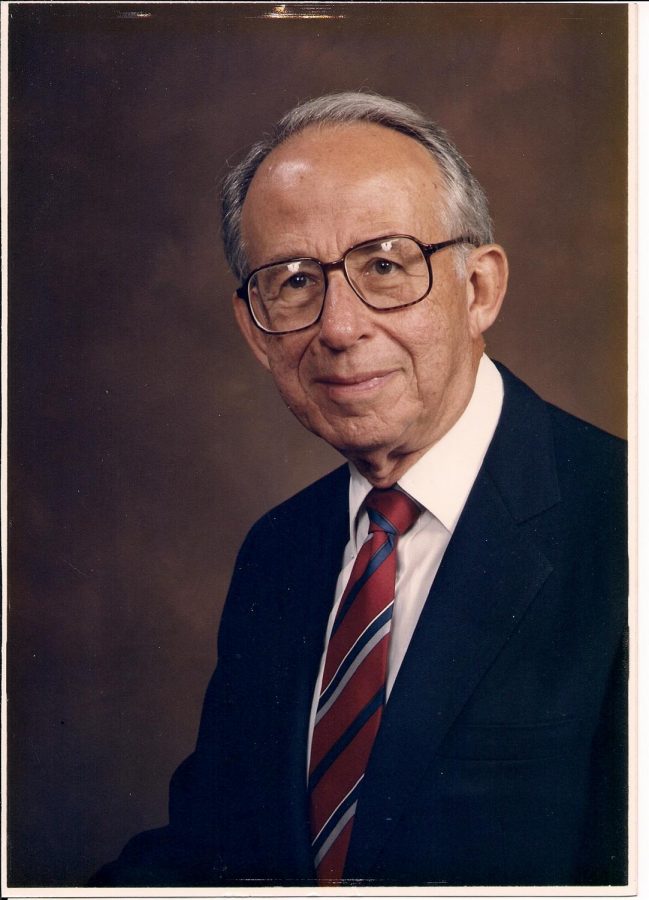 Rudolph Freedman, an industrialist and longtime head of the Semcor Corp.,  and an active volunteer at Congregation Shaare Emeth, died peacefully, family members said, on Aug. 13. He was 96 and a resident of the Gatesworth in St. Louis.

Mr. Freedman was born in St. Louis on March 8, 1919, the son of Saul and Clara Tucker Freedman. He was a graduate of Soldan-Blewett High School and   Washington University, where he earned a bachelor’s of science degree in chemical engineering in 1940 and a master’s in industrial engineering in 1952.

Mr. Freedman worked at the Aalco Valve Co. as design engineer, director of quality control and factory superintendent from 1941 to 1960, when he began his tenure with Semcor and Foster Mechanical Equipment, serving as president and chairman.

On Mr. Freedman’s retirement as Semcor president in 1995 , his son, Richard (Rick) Freedman succeeded him as president of the firm. Rudolph Freedman retained the title of Semcor’s chairman until his death.

“He took over a failing company and built Semcor into a nationally respected firm,” Rabbi Jeffrey Stiffman, emeritus of Congregation Shaare Emeth, said during a memorial service for Mr. Freedman on Aug. 18.

Mr. Freedman was married for 72 years to Henrietta Winesuff Freedman. The Freedmans were active in numerous activities at Shaare Emeth, with Henrietta Freedman serving as an active member of the temple Sisterhood, and Mr. Freedman in the temple Brotherhood.

In addition to his temple activities, Mr. Freedman was a member of the St. Louis Chapter of the American Society for the Technion and of the Jewish Federation of St. Louis, where he supported the annual campaign, serving on the engineers section of the Business and Professions Division of the drive.

Mr. Freedman served as PTO president at the Meramec School in Clayton and later of Clayton High School. He also served as on the board of directors of Jewish Federation and of Shaare Emeth, and was a past vice president of the Jewish Light board.

Mr. Freedman was devoted to Washington University, receiving the Distinguished Alumni Award from the School of Engineering and serving as a lecturer in industrial engineering. He was a fellow of the American Society for Quality Control, and was a past president of its St. Louis section. He was also a senior member of the Industrial Engineering Honorary Society, Alpha Pi Mu, and was the co-author of “A Basic Training Manual on Statistical Quality Control.”

Mr. Freedman was a member of the Washington University School of Engineering National Council and a past president of the school’s alumni advisory council. He was a life member of the university’s William Greenleaf Eliot Society, having been involved with its scholarship program since its inception. He served on the university’s alumni board of governors.

In addition to his wife, survivors include two sons, Robert Freedman (Sari) of Denver and Richard Freedman (Ronda Moss) of St. Louis, a daughter Judith Freedman (John Lawrence) of London; six grandchildren; and one great-grandchild.

Contributions are preferred to the charity of the donor’s choice.