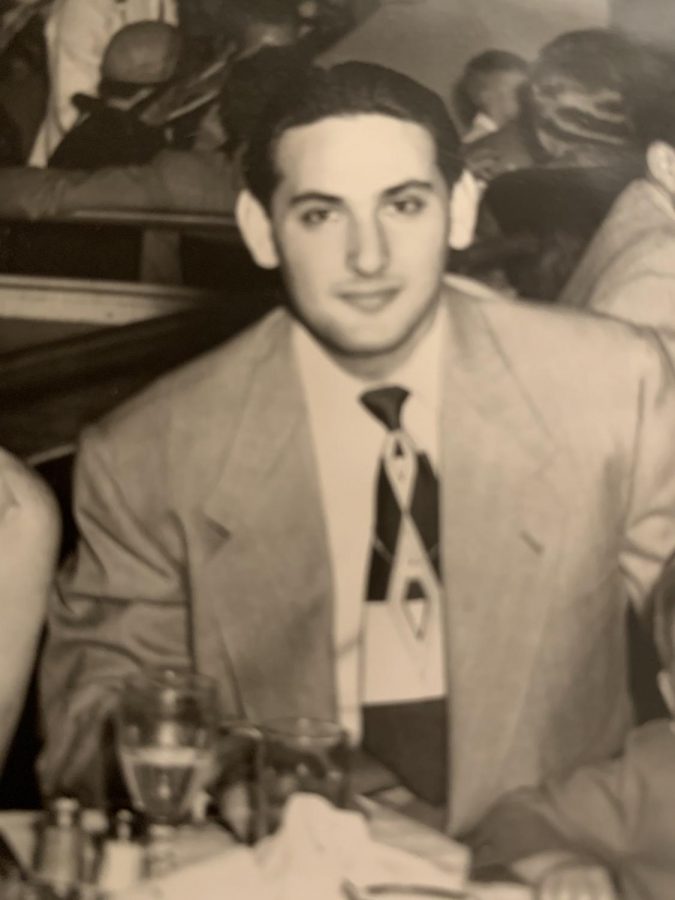 Bob and Pearl began their life in Clayton, but quickly moved to University City, the gateway to the west in 1950, where they had four sons.  “Bob” as he was called by everyone, joined the family business founded by his father Samuel (Sam Light Loan) in 1910.  The store became a staple in the neighborhood for more than 50 years.  Bob made many friends including patrons of the business and owners of the nearby shops.  Generations of the same families would be loyal customers for years.

When Bob retired from the Pawn Shop in 1990 he took up another career.  He worked for Dillard’s Department store in Chesterfield.  He always had an eye for fashion, so the men’s suit department was a natural.  Again, he developed a large clientele.  He always told great stories and cute jokes with clients making them feel like they were at home.

For years he was a member of Brith Sholom Synagogue.  When he was a young man he had a wonderful singing voice and appeared regularly on a local radio program.  This experience allowed him to be a shining star in the Brith Sholom choir.  In addition, Bob was an avid Cardinal Baseball fan for his entire life.  He enjoyed attending the games with his sons.  However, when age and illness crept up on him, he watched the games on T.V. religiously.