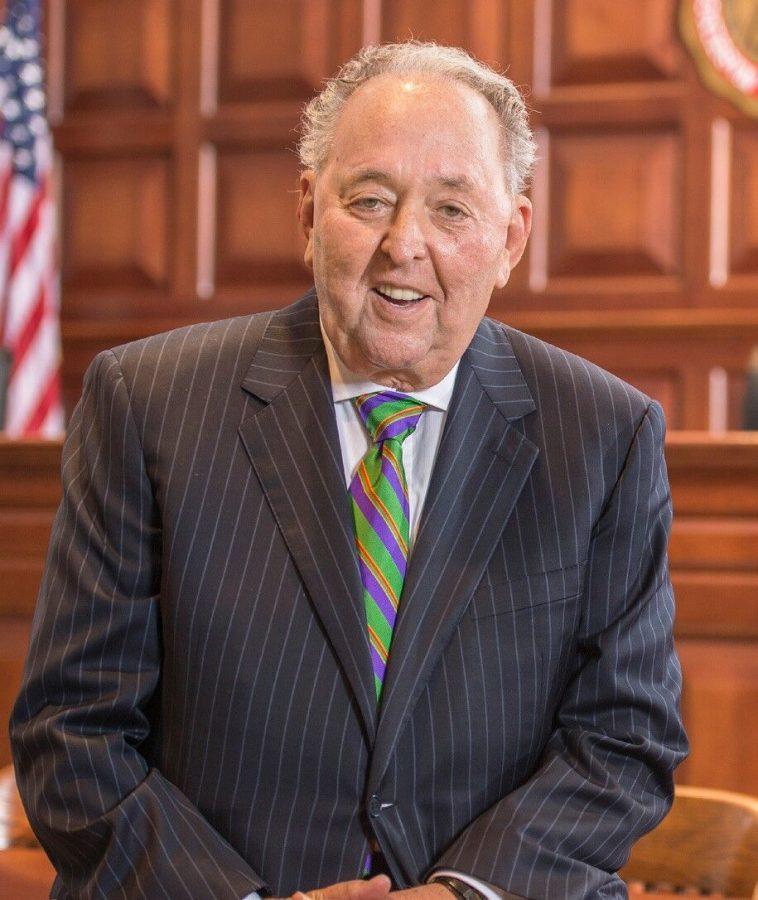 Mel was proud of his humble roots of Carlinville, Illinois where he graduated from Carlinville High School. Raised by his mother who operated a small shoe store, Mel came by his stellar work ethic honestly, passing it along to his children, his grandchildren, and all of those he mentored.  He earned his B.A. from Washington University in 1957 and his J.D. in 1962.  He was extremely proud to have attended Washington University with the help of an ROTC scholarship and the generosity of many in the university community.

Professionally, he was the retired president and CEO of Deutsche Financial Services, a unit of Deutsche Bank AG, Germany’s largest bank, which had its world headquarters in St. Louis. He was president and chief executive officer of ITT Commercial Finance before Deutsche Bank acquired the company in 1995.  His colleagues from ITT became lifelong, beloved friends.  He later served as Chairman of both Founders Bank and then Triad Bancorp.

A longtime supporter of both Washington University and its School of Law, he was a founding member of the School of Law National Council and a past member of the University’s Board of Trustees.  To address the debt burden for students pursuing a legal career of public service, Mel initiated and personally funded the Mel Brown Family Loan Repayment Assistance Program.  He also supported the law school faculty through the endowment of the Mel and Pamela Brown visiting professorship.  Washington University honored Mel for his accomplishments, first as a Distinguished Alumnus of the School of Law in 1996, and then as a Distinguished Alumnus of the College of Arts & Sciences in 2002.  More recently, Mel was recognized as a distinguished alumnus of the University and recipient of the Founder’s Day Award in 2008.

Mel’s involvement in the St. Louis community continued throughout his life. He served as a trustee to the Missouri Historical Society, the Missouri Foundation for Health, Forest Park Forever, and the Whitaker Charitable Foundation, supporting the arts, education, and medical research. He was past president of the Gateway Chapter of the Leukemia Society. He served on the board of the Saint Louis Symphony Orchestra and most recently on the Board of the Barnes Jewish Hospital Foundation. He was also active in the St. Louis Jewish community, serving as president of the American Jewish Committee, St. Louis Chapter.

Mel’s greatest joy was his family.  He loved travel and especially travel that included all three generations of his family.  He created memories for all of his children and grandchildren with regular trips to his second home in Rancho Sante Fe and his favorite destination in Maui.  His last cherished family trip was to Israel in August 2018 for the B’nai mitzvah of his grandson Benjamin and his granddaughter Lila.  Mel believed to whom much is given much is expected and lived a life of generosity and service to all.  He will be dearly missed.