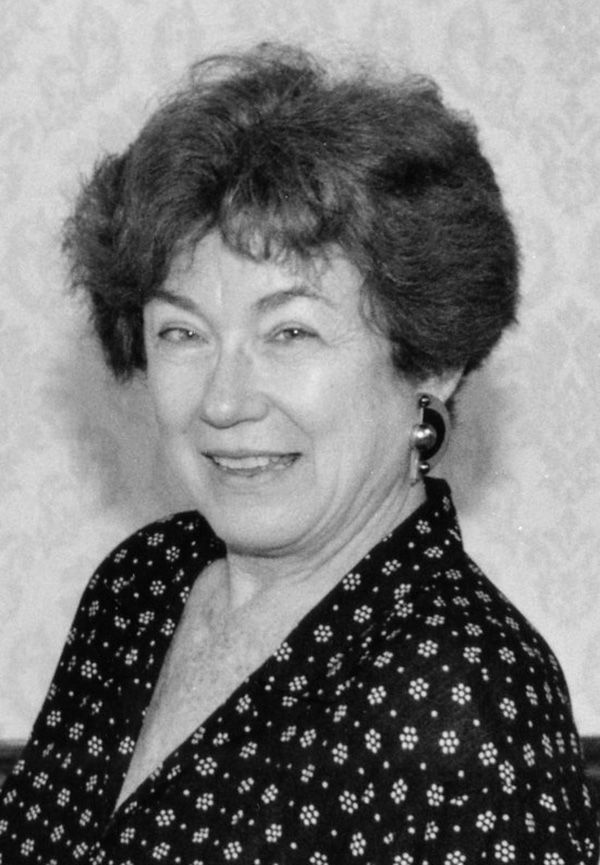 Margaret (Marge) Bilinsky, a Holocaust survivor and filmmaker who served for 25 years as regional director of the St. Louis Council and Chapter of the American Jewish Congress, died Sunday, Oct. 23, at age 83.

A longtime resident of the St. Louis area, she had fought Parkinson’s disease for several years.

Mrs. Bilinsky was born Sept. 18, 1933, in Lüdenscheid, Germany, the daughter of Oscar and Jenny Youngheim Fischbach Many members of her family perished in the Holocaust, including Mrs. Bilinsky’s beloved Aunt Clara Stern, who had given her a locket that she cherished as a symbol of their close relationship so harshly ended.

Marge Fischbach and her parents escaped from Germany in 1937, when she was 4. The family initially moved to Tulsa, Okla., and later moved to St. Louis. Mrs. Bilinsky attended the University of Missouri-Columbia and later graduated from Lindenwood University.  In 1954, she married Herbert Bilinsky, her husband of 62 years.

“The Locket” became the title of one of four acclaimed films produced by Mrs. Bilinsky. She also served as a longtime docent at the St. Louis Holocaust Museum and Learning Center, sharing her experiences with students. In addition, she conducted interviews for the Shoah Project sponsored by Steven Spielberg to create an organized visual record of the memories of survivors.

“The Locket” has been shown on public-access TV and continues to be used in schools and institutions in the United States as well as in German schools and libraries.

“Her greatest wish was that this film would continue to remind people of what can happen and prevent it from happening again,” her son, Alan, said during her funeral service last week at Congregation B’nai Amoona, where Rabbi Carnie Shalom Rose officiated. The Bilinskys were active for many years at B’nai Amoona.

Mrs. Bilinsky was admired as a quiet but very effective and conscientious Jewish professional leader during her 25 years of service as regional director of the American Jewish Congress (the local chapter is now known as the Midwest Jewish Congress).

“Marge Bilinsky was a wonderful, kind and inspirational person,” said Steve Puro, president of Midwest Jewish Congress. “She was the moving force behind the American Jewish Congress and promoted many of its key projects. Her energy and warmth attracted many others to causes of social justice. She was truly a woman of valor.”

Jay Umansky, a past president of MJC, recalled that when he and his wife, Peggy, first came to St. Louis, “Marge was the first member of the Jewish community that I met.” He recalled that Mrs. Bilinsky wanted to create a project to provide indigent legal services to the indigent elderly, which evolved into the GOALS program that was created to provide such services under the aegis of the American Jewish Congress.

She created numerous programs before her retirement in 1996. Among those projects was an annual Constitutional Conference, co-sponsored by the Washington University School of Law, that dealt with such topics as hate speech, immigration and the International Criminal Court.

The American Jewish Congress also presented annual Democracy in Action awards to community members to honor their service to the community. Among the honorees have been Ray Hartmann, founding editor of the Riverfront Times, and Elsie Roth, a registered nurse who organized humanitarian trips to Ethiopia and Sarajevo.

Rabbi Rose noted the role of mothers in “shaping the values of her children” and said that Marge Bilinsky exemplified those values in her life and work.

Survivors include her husband; a son, Alan Bilinsky; and a daughter, Paula Bilinsky.

After the funeral service at Congregation B’nai Amoona, burial was at the Chesed Shel Emeth Cemetery, 7500 Olive Blvd.