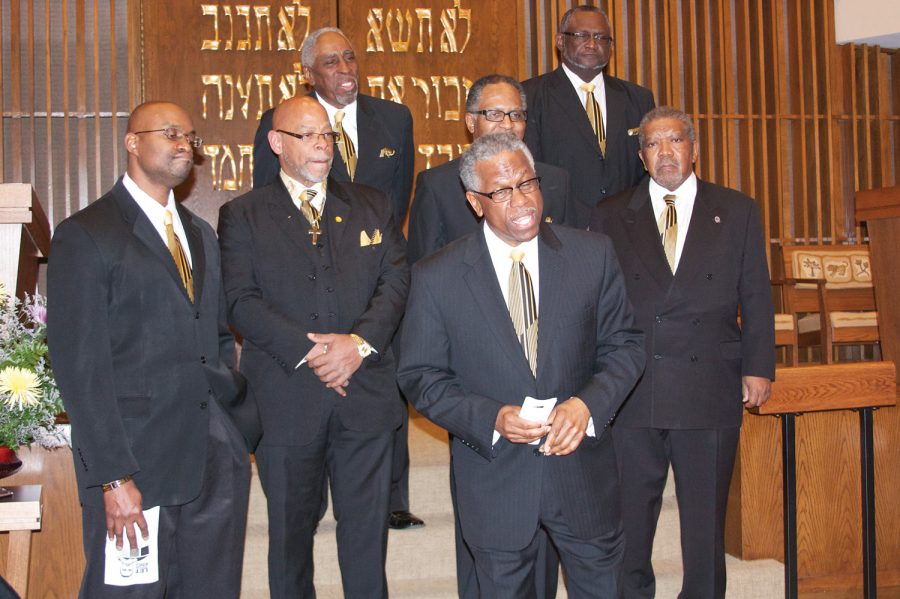 In late 2019, Malachi Owens Jr., a cantorial soloist, approached Val Turner after Friday night services at Temple Emanuel and told him that he wanted to learn to read Torah.

That might not sound remarkable until you consider that Owens is an ordained Baptist minister who had been singing at the Reform synagogue since 1977.

Then the COVID-19 pandemic came and upended normal life.

“I guess the mistake both of us made was the assumption that we do all the time: that we had plenty of time,” Turner said.

Owens died June 21 at age 71 — before he could learn to read Torah.

But Owens, a Renaissance man, was able to successfully pursue plenty of his other curiosities in the spiritual and secular worlds and make a lasting impression on Jews, Christians and music lovers, among others.

A singer, preacher and engineer, Owens not only filled the spaces inside Temple Emanuel, Galilee Missionary Baptist Church and Powell Hall with his captivating bass voice, he also used his skills as a craftsman to improve the appearance and operations of those organizations.

At Temple Emanuel, he constructed two pieces of stained glass, one of which featured a star of David and the Hebrew words Adonai echad (The Lord is one).

For Powell Hall, where Owens sang for a half-century in the St. Louis Symphony Chorus, Owens built a musical metronome that was a “work of art and a perfect piece of engineering in service of music,” said Amy Kaiser, director of the chorus.

At Galilee church, which is located on Delmar Boulevard near Gaslight Square, he dealt with locks, painting and generally “kept the building up and kept it looking good,” said Pastor Carlton Caldwell of the church.

“If you look at what he has done in his life, he doesn’t commit to anything in the short term,” Turner, a retired educator, said before Owens died. “He’s been with the Symphony forever. He’s been with Temple Emanuel forever, and he is very, very dedicated to his daughters.”

Owens was born on March 15, 1950 to Malachi and Alvena Owens. His father spent 40 years as pastor of the Galilee church, which was formed in 1898 in a small building three blocks from the Mississippi River, according to the church.

One of five children, Owens studied electrical engineering at Washington University and spent much of his career as a project engineer at Union Electric Company of St. Louis, which is now part of Ameren, according to his LinkedIn page.

Owens became connected to Temple Emanuel when a member heard him singing and recommended him to Rabbi Joseph Rosenbloom, the congregation’s longtime leader who died in August 2020.

Owens, whose first name in Hebrew means “my messenger” or “my angel,” explained their close relationship to the Jewish Light in 2018.

“When I first met him in May of 1977, I was rehearsing some music with the organist who introduced me to Rabbi Joe,” said Owens. “He said, ‘What’s your name?’ I said, “Malachi.’ He said, ‘My angel.’ And he has treated me that way all this time.”

Owens became a mainstay of the congregation. On the Fridays before Martin Luther King Jr. Day, Owens, who was Black, brought members of his church choir to sing at Shabbat services. He would also speak about Rabbi Abraham Joshua Heschel participating in a 1965 civil rights march with King in Selma, Ala., recalled Rabbi Elizabeth Hersh, who succeeded Rosenbloom in 2013.

The program was “absolutely loved,” said Turner. “Coming from a Black singer and a Black church, what they said and the songs they sang took on a whole different meaning in the spirit of Martin Luther King Jr. Day.”

Even though Owens was Baptist, he appreciated that Judaism was the foundation of the Christian faith, said Hersh.

“Knowing how important his faith is to him, he brings that to the bimah in a very spiritual and wholesome way that opens our hearts,” Hersh said before Owens died.

Owens was also the longest-tenured member of the Symphony chorus and was able to perform six times with the group at Carnegie Hall in New York.

“Some misconceptions about singing bass is that bass singers are rough and loud,” Owens said in a 2020 interview with the St. Louis symphony. “Bass parts are ignored in many Gospel arrangements, and sometimes lumped in to sing the tenor line. Basses can sing with finesse. My high school choir director used to say, basses are ‘not to sing like they are football players on a field.’ Basses can put the icing on a cake.”

Kaiser, the symphony chorus director, was impressed by his ability to serve as a cantorial soloist even though he never received formal training for such a role.

“Whether you are Jewish or not — it’s hard to learn,” said Kaiser, who is Jewish. “He was an absolute professional as a cantor in temple, and this is an extraordinary accomplishment.”

At the Galilee church, the organization in 2016 needed an additional $40,000 to finish paying off its $400,000 renovation, Caldwell, its pastor said. Owens filled the gap.

“When a person walks in a room and the whole room lights up and changes — he had that kind of presence, and not only that presence about him, but he was very intelligent,” said Caldwell.

In addition to the stained-glass hobby, Owens also had a passion for trains and served as a railroad engineer at the St. Louis Zoo. And he studied the double bass and violin.

Hersh said she was “devastated” by the news of Owens’ death. She will continually be reminded of him when she looks at his stained glass.

When Hersh in 2018 received an honorary doctorate of divinity from Hebrew Union College – Jewish Institute of Religion, Owens traveled to Cincinnati for the ceremony and created a stained glass in her honor for Temple Emanuel featuring a Torah scroll.

The idea behind the illustration was that teachings from Torah are not linear.

“None of us really walk a straight line. Our lives are ascending and descending, and the words of Torah, we view them as ascending up to the Heavens and then the Heavens returns words to us,” explained Hersh.

While Owens’ primary role at Temple Emanuel was to sing, when people would approach him after services and tell him how much they enjoyed his singing, he would gently correct them, Hersh recalled.

Owens had two daughters, Chanita Lynette and Mia Kayla Owens, and was married to Madeline Toler Owens, who died in 2008.

The Jewish Light does not yet have information about funeral arrangements.