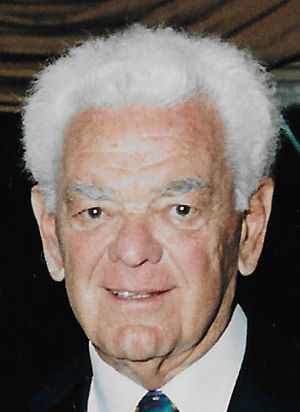 Kenneth A. Marshall, longtime medical supply businessman and community leader, died peacefully of natural causes, on Sunday, Sept. 17, surrounded by loved ones. He was 90.

Mr. Marshall combined compassion and concern for his fellow members of both the Jewish and general communities with a keen intellect and ability to cut through red tape delays to move projects forward. He was on the Jewish Federation Committee on Jewish Education and forcefully offered the resolution to create the Central Agency for Jewish Education (now the Center for Jewish Learning).

Kenneth Aloe Marshall was born on Feb. 28, 1927, in Chicago,  the son of Edmund and Viola Aloe Marx. He served in the Navy Air Corps from 1944-1945. He was a 1947 graduate of Massachusetts Institute of Technology and in 1969 graduated from the Harvard School of Management and Business in its Advanced Management Program.

In 1948, Mr. Marshall joined the A.S. Aloe Company, a medical and surgical supply company started by his great-grandfather, which later became the Sherwood Medical Company,  from which he retired as vice president in 1984.

In 1950, Mr. Marshall married the former Lois Carp.  A statement released by his family said, “Together they built a loving family and strong network of friends, traveled the world and gave back to the city they loved.”

Mr. Marshall devoted the rest of his life, up until days before his death, to philanthropy and volunteerism. He remained actively involved in the health care industry while also turning his attention to the growth and betterment of the community.  He was board chairman and a trustee of the Deaconess Health Service Corp. and Deaconess Hospital.

Throughout his life, Mr. Marshall was dedicated to and active in the Jewish community.  He held director positions at the Jewish Community Center, the St. Lois Jewish Light, and Temple Emanuel, among other local organizations.

Mr. Marshall was a member of the Jewish Light Board of Trustees during its early formative years as an autonomous publication with its own board independent of the Federation. The late Melvin L. Newmark, a past president of the Light board, was fond of recalling how Mr. Marshall resolved a dispute as to how much space on page one should be devoted to local news and how much to national and world news and features. His “Marshall Plan,” as Mr. Newmark said it came to be known, devoted about 50 percent of page one to local news and 50 percent to national and world news—except when there was a major story in either area which required more space.

“Ken had a way of cutting to the chase in a very logical and persuasive way and helped resolve numerous controversies at our board and editorial committee meeting,” Mr. Newmark remarked at a Light anniversary celebration.

In 1984, he became chairman of the fireworks  committee of the Veiled Prophet Fair, which launched his prolific love of overseeing and enjoying fireworks shows. In 1985, he and Harris J. Frank began working to launch the National Senior Olympics Organization (now the National  Senior Games Association), which saw its first Games hosted in St. Louis  in 1987, with 2,500 competitors and over 100,000 spectators.

Among other projects in which Mr. Marshall was involved, he was especially devoted to the maintenance and improvement of the Aloe Plaza in downtown St. Louis. It was envisioned by his grandfather, Louis P. Aloe, and made into reality by his grandmother Edith in 1940.

The Plaza features the famous sculpture and fountain by Carl Milles, “The Meeting of the Rivers,” representing the confluence  of the Mississippi and Missouri Rivers, alongside 17 mythical figures representing tributaries.

A family member said, “In Ken’s life, it also came to represent a convergence of his greatest passions—history, art,  engineering, St. Louis and family.”

A service for Mr. Marshall  was held Sept. 19 at Temple Emanuel, where Rabbi Elizabeth Hersh and Rabbi Joseph Rosenbloom officiated. In lieu of