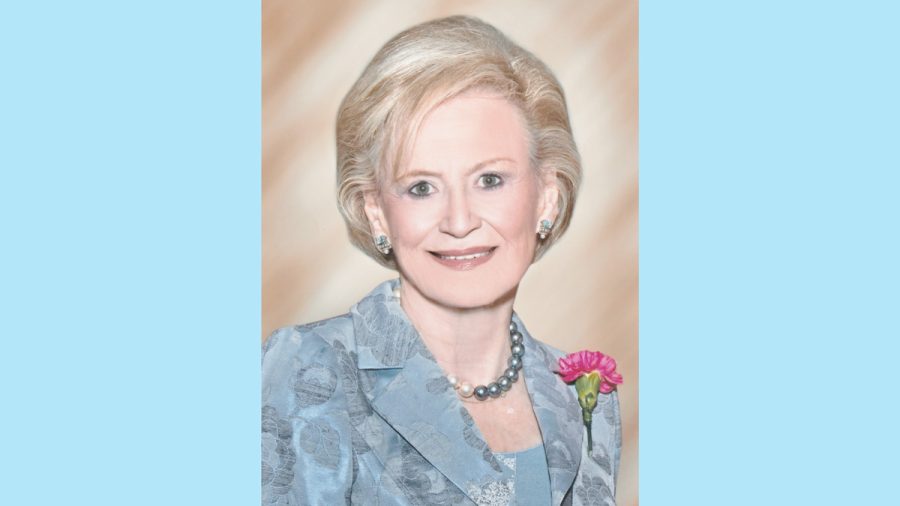 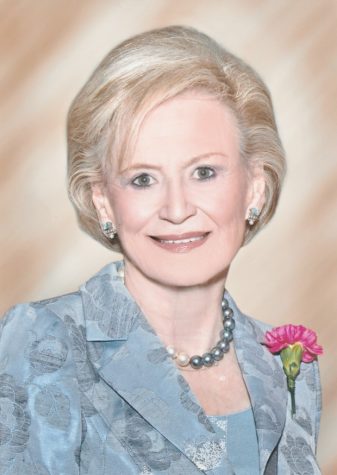 Joan was born and raised in the Bronx in New York City, in the shadow of Yankees Stadium and a couple of subway stops from Broadway. She became an avid New York Yankee fan and remained so until her final days, when Joan was still checking the ESPN App on her iPhone for the results of the prior night’s Yankees game. Joan’s proximity to Broadway instilled in her a lifelong love of theatre and show music, which provided the foundation for Joan to develop an extraordinary creative talent, one which manifested itself in a wildly successful and highly decorated career in Advertising and PR.

Joan moved to St. Louis when she was 14 years old and graduated from University City High School. She briefly attended Washington University, where Joan was swept off her feet at a fraternity party by a young man whom she would later in life often refer to as “Her Donald.”

Although Joan spent her entire adult life surrounded by Midwesterners, she never really lost her East Coast roots. Until her last days, she remained a New Yorker through and through—tough and driven. So, it was no surprise that Joan quickly took St. Louis by storm. In her early 20s, she began writing, directing, and producing full-scale musical productions for United Way, Barnes and Jewish Hospitals, Brandeis University, Jewish Community Centers, Jewish Federation, Ladue School District, Boy Scouts of St. Louis, Meadowbrook Country Club, and National Council of Jewish Women. To say that her productions brought down the house would be a gross understatement.

It did not take long for the City of St. Louis to recognize the talents of this extraordinary woman.  Indeed, in her early 30s, Joan received the St. Louis Globe Democrat “Woman of Achievement” Award for Creative Philanthropy. She is still one of the youngest women to be so recognized.

In 1976, Joan and a partner formed IQ and Associates, an advertising and public relations firm based in Clayton. As president of the firm for 18 years and a trailblazing businesswoman, Joan managed campaigns for financial institutions, hospitals, hotels, restaurants, philanthropic organizations, shopping centers and a number of St. Louis institutions, including The St. Louis Zoo, St. Louis Symphony, Fox Theatre, KMOX radio and KPLR-TV. For her efforts, Joan received a Flair Award for best local radio campaign, an Emmy Award for best locally written and produced television commercials, and the Marconi and Addy Award for best regional radio campaigns.

Not content to merely use her talents in business, Joan made an extraordinary commitment to the St. Louis community. In recognition of her philanthropy and in addition to the aforementioned “Woman of Achievement” award, Joan received The Press Club of Metropolitan St. Louis “President’s Award” in 2001 for outstanding performance in media and community relations.  Joan was also inducted into The Catfish Club, the highest honor bestowed by The Press Club, for distinguished service in the public relations field. In 2005, Joan was honored by the National Federation of Press Women with its Quest Award for Outstanding Professionalism in Journalism.  And, in 2008, she received an OWL Woman of Worth Award for outstanding professional and volunteer services.

Joan’s talents were in high demand from local civic and charitable institutions. She served with distinction on a plethora of boards, including the Women’s Division of Jewish Federation, Jazz St. Louis, Cancer Support Community, and the Press Club. Joan’s civic presence was so ubiquitous that some of her greatest admirers began calling her the “Grande Dame of St. Louis.”

While Joan was gratified by her professional success, the most important thing in her life was always family, especially her four sons, whom she called her greatest production. Joan was unequivocal in her love for them and fierce in her loyalty to them. Joan leaves behind an incredible legacy and a family who will cherish her memory forever.