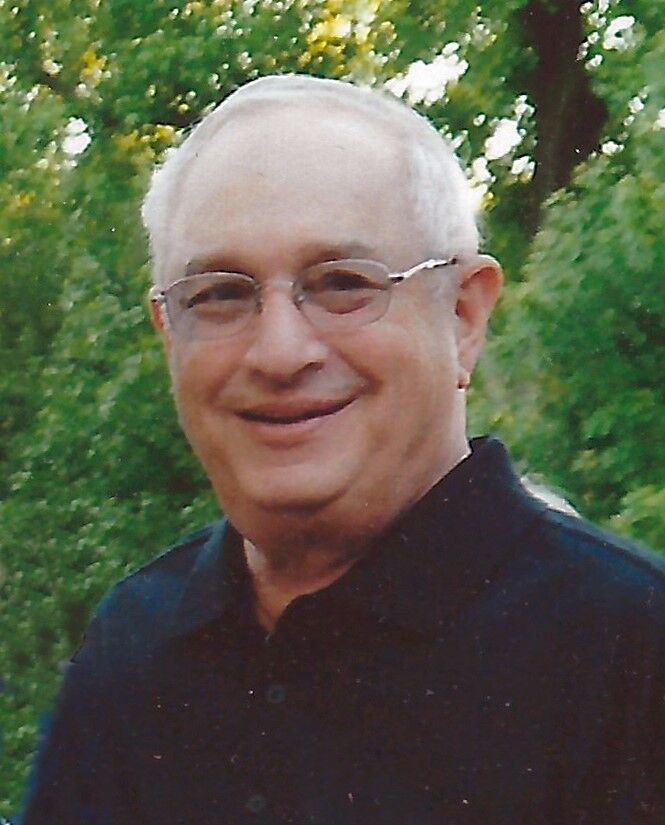 Howard celebrated his 80th birthday with a surprise drive-by in April, and his 55th year of marriage to beloved wife Alice in August. The two met when Alice interviewed Howard for an exposé about men’s honors societies while Howard was president of the ZBT Fraternity at the University of Missouri.

Howard was born and raised in St. Louis, the middle son of Frieda and Lester Handelman. After graduating from Ladue High School and Mizzou, he served as a lieutenant and communications officer in the US Navy. Upon his return, he joined his father and older brother Neil in the family business, California Manufacturing Company, as a materials buyer for men’s and boys’ outerwear. His younger brother Gary eventually joined them, and the four Handelman men worked together for the remainder of their careers.

Before the world was opened by the internet, Howard surfed the airwaves as ham radio operator WØNXH and enjoyed making friends around the world. He also was an avid golfer, sports fan, crossword puzzler, reader of spy novels and bridge player. He enjoyed traveling, learning piano and spending Sunday evenings with his children and grandchildren. He served the community on the boards of the Jewish Community Center and MERS Goodwill.

In addition to his wife Alice and brothers Neil (Natalie) and Gary (Ronni z’’l), Howard is survived by three daughters Karen Handelman (Marc Hirshman) and Patty Bloom (Jonathan) of St. Louis, and Marjorie Handelman of New York; grandchildren Rebecca and Matthew Bloom, and Abby and Emily Hirshman; sister-in-law Arlene Sackman of California; and many nieces, nephews and cousins.