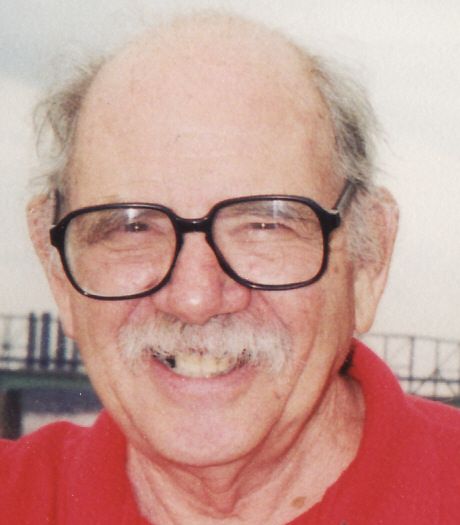 Herschel Asner, 86, died on December 20, 2013, after a long and productive journey through life. Beloved husband of Shirley(Bierman); dear father of Avi (Tziona), Joseph, and Nesher (Carrie); dearest grandfather to Yuval (Elaine), Yael (Jon), Nathan, Owen and Jacob; proud great-grandfather of Marc and endearing uncle, cousin and friend. Born in Detroit, Herschel served as a paratrooper in WWII and worked as a pharmacist for over 50 years.  An ardent Zionist, he and Shirley lived in Israel from 1950-1951. Upon their return, they settled in St. Louis, where he quickly became a Cardinals fan.  An avid bicyclist, he also ran marathons, and enjoyed and taught orienteering. He and Shirley loved traveling and going to Elder Hostels. He was an active member of several charities, NORC, and LLI. In his later years he was a medicare counselor, often to people younger than himself.  Herschel was passionate about all aspects of life.  A true believer in Tikun Olam, Herschel made the world a better place for many others.  He especially believed in NA’AMAT  and its mission to help women and children in Israel. Herschel was an intelligent and friendly person and enjoyed conversing with others about various worldly topics, especially Israel. He loved music, reading, beer and wine. The family would like to express their appreciation to Herschel’s caregivers.  Herschel’s body was gifted to St. Louis University Medical School.  Memorial donations to NA’AMAT USA; 1138 N. Warson Rd.; Rm 218; St. Louis, MO 63132, are appreciated.